Whatever happens on June 8th, UKIP is going to have some soul-searching to do. In all likelihood, the result will not be fantastic if current opinion polls are to believed. It would be nice to think that we could be pleasantly surprised and end the day with an MP or two and certainly we should not rule that out but that probably won’t be the case.

I personally think one of the biggest decisions we have to make is how much we want to be an anti-establishment party and how much we are just trying to ‘fit in’ and be another mainstream Party. Conflicting signals are sent on this and it leads to an awful lack of coherency. For example, one day, Paul Nuttall is courting controversy with the ‘Integration Agenda’ and its policies on the burqa, female genital mutilation, etc and the next he is pushing for and ultimately achieving the deselection of Anne Marie Waters.

This is typical to my mind of an approach that wants to make a lot of noise about tackling a certain issue but in reality doing as little about it in practice as you can possibly get away with while maintaining the illusion that something is being done. It is not the approach of radicalism or a radical Party but one that wants to pose as being radical while it seeks to ingratiate itself and swim into the mainstream current.

Next to nothing has been made of the CPS decision not to pursue criminal charges in relation to excessive election spending. Quite extraordinarily, Theresa May claimed that this vindicated the Conservative Party and proved they had done “nothing wrong” – however, if that were the case then it fails to explain the small matter of the Electoral Commission fine of £70,000 in March for ‘inaccuracies’. UKIP’s silence and Labour’s total timidity effectively gifted May free rein to spin this issue out of existence.

It may well be that Labour, weary of being hoisted by its own petard and any ‘inaccuracies’ of its own being suddenly discovered was being expeditiously cautious in its response. However, our non-response is less understandable. This was a gilt-edged opportunity to at least make a little hay and flag-up a ‘Drain the Swamp’ message but that is a message that UKIP seems barely interested in pushing. I can’t for the life of me think why this would be the case. Unlike Labour, UKIP has little to lose and everything to gain from adopting this posture.

We seem determined to shore up the faltering credibility of a political system whose credibility with the electorate is at best fragile. Why? What can UKIP possibly gain from such a Faustian approach?  Realistically, the chance of UKIP forming a government anytime soon are slim – they are even slimmer once you take into account the electoral system.

It may well be true that part of the cause this mixed messaging is alluded to in a comment made by Paul Nuttall in a different context. He ascribed our poor showing in the recent elections to being “victims of our own success” and in the sense that Brexit is, at least for the moment, being championed by the establishment in the form of a dominant Conservative Party he may have a point. For many a year, UKIP was anti-establishment by virtue of being pro-Brexit and anti-EU, now, however, the establishment, having been defeated in the EU Referendum, is seeking to steal UKIP’s clothes and reinvent itself. Theresa May, who presents herself as the personification of proud and fierce Britannia but was previously ardently Remain, personifies the adaptation of the establishment.

My personal view is that UKIP’s best strategy for achieving significant progress would be to build up a small cadre of MPs and put itself in a position where it could possibly be called upon to join a coalition and demand as a part of entry into that: electoral reform to a proportional system. This is not something that is going to happen overnight and it certainly to my mind will not happen on June 8th, but it, along with the collapse of Labour, does provide us with a strategic blueprint and a general direction of travel which we could adopt.

I have seen the argument made that we should not attempt to gather any MPs at all. I disagree with this point of view profoundly. How can we be the voice of the voiceless while basically not bothering to even aspire to represent people? The system is broken and the swamp does need draining, but there is no way we can do that while effectively reducing ourselves to little more than a pressure group.

Nigel Farage has consistently said that UKIP must ‘stay radical’ and avoid the ‘mainstream’. However, as I have pointed out, when the opportunity presents itself for UKIP to take that tack, it bottles it at the last minute. I don’t think a political party like UKIP can, however, continue this way; it is like an anti-establishment shark, it moves forward, continually challenging an out-of-touch elite and living up to its billing as the People’s Army or else it faces extinction. We need to rediscover that radical cutting edge or else the election of June 8th could well be the last one which UKIP contests as a viable political force. 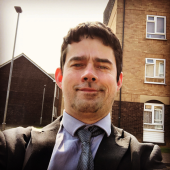 The Highs and Lows of Campaigning in this Dirty Election

To our UKIP leadership —A Broad Range of UKIP Manifesto Policy Thoughts and Proposals. PART 1