I have been a UKIP member for about 4 months. Before that, I had no interest in politics at all. I voted maybe once in my life and am now a pensioner.

Perhaps due to that very fact, I do have more time to study than people who spend their time trying to ” exist” in everyday life. I have a very enquiring mind and am never satisfied until I have answered the question: “Why?”

This question leads one down a multitude of paths and being that I am a “foundational” kind of person I am always keen to get to the bottom of a challenge. What was the ultimate cause? How did it start? What is the solution?

There are two solutions to the challenges facing Britain today which unfortunately produce another rather dire set of problems but I believe that it is only understanding the real problem that we can also learn the ways to overcome it.

The first is the almost total lack of knowledge appertaining to our Constitution. I do not intend to explain it here. That being said, everyone should ( and I don’t like the word ” should” but here it is necessary to say it) study this until one has a thorough understanding of it. It is upon these documents that our whole future lies.

It is heavy reading. It requires a lot of research and mental effort but without this powerful weapon, we are merely standing on sand. It has been drawn up with one thing only as it’s foundational law and that is ” the protection and rights of the people” – meaning ” us.” If we do not understand this fundamental fact, we stand no real chance of overcoming the huge challenges that face us as a nation.

Admittedly, it would not be something that normal people would naturally want to get their heads around. Why would we? We have taken it for granted for so long that we live in a free country with freedom of speech and we all have liberty as a natural right. However, now we do not. Now, we are on the edge of a precipice and we are just about to be pushed over that edge into a police state where all those freedoms and liberties are going to be taken away from us.

It is incredibly sad and frustrating to see that the majority of people have absolutely no idea that this is happening. They truly do not have any idea of what the EU is, let alone how it works.

Immigration has struck a chord. However, this is mostly in areas where people are being affected. In rural country areas people just go about their business with the usual grumbles about the government and how unfair some of these new laws are, without having the faintest idea where they are coming from or why.

Immigration will do as a starter. I see that. This is an issue that people can relate to. However, as the party who planted that seed, I believe UKIP now need to go further if they are serious about restoring true democracy and power back to the ” people.”

The second challenge on which we need to educate ourselves is Common Purpose. This Machiavellian insidious creeping poison has to be thoroughly understood. Where it came from. When it started. What is it’s purpose. What are the results.

Many of us ” older” generation have been scratching our heads for a while now and asking ourselves “what has happened to this country?”  The answer lies in  Common Purpose. They are responsible for the indoctrination of the words ” multiculturalism” and  “diversity” , the breakdown of communities and family life, and the introduction of the language of Political Correctness that robs us of free speech and the freedom to express our opinions.

This hasn’t just happened in a random kind if way. It has been deliberately inserted into all levels of society and is rampant in our schools. Our children are being deliberately taught to ” think” in a certain way.

Once again, I have no intention of pursuing this now. It is, however, something every responsible parent, grandparent and in this case, UKIP leaders “should” thoroughly understand so that they can inform their members. If we do not educate ourselves, how do we hope to be effective leaders?

UKIP should be sourcing information on both these subjects and feeding this information in small doses to their members. Anything else is simply a band aid.

I am just one little voice on Facebook. I have no authority in anyone’s eyes. People have been taught to listen to authority and UKIP leaders are that authority. It would very much surprise me if the leaders in UKIP were not fully conversant with both the constitution and common purpose. It would serve the country well if the leadership would start to share some of that knowledge and give their members some tools to fight this war. A blind following is not going to save this country especially when the unalienable rights of this country belong to the ” people” – a fact of which, sadly, they are completely unaware.

I would like to just repeat something that I said earlier. If UKIP is really sincere, is truly a patriotic party whose existence is to redress the treasons that have been committed against the people of this country, and really do want to restore a proper system of democracy, they will take these very relevant points into consideration. Many people will still have no understanding, or desire to understand, but conversely, many people will and there is no denying that the power of the people can be greater than the few. Only if they are aware. As leaders, it is the responsibility of UKIP to also become educators. 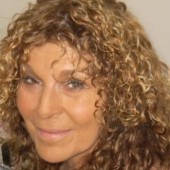 The Changing of the Spots

What the Reservist can offer the Army

On the EU, the UK and not forgetting Scotland