David Davis updates the House of Commons on Brexit progress

Brexit secretary David Davis has updated members of the House of Commons on the latest round of talks with negotiators at the EU.

“I will now update the house on the fifth round of negotiations with the EU.

In view of the fact that the October European Council is this week, I will also review the progress of the five negotiation rounds since June.

Whilst at times the negotiations have been tough, both Michel Barnier and I have acknowledged the new dynamic that has been created by the Prime Minister’s speech in Florence.

This momentum was maintained during October. Both negotiating teams continued to work constructively together.

Since June we have steadily developed our shared political objectives. Now nevertheless there is still still some way to go to secure a new partnership but I am confident we are on the right path.

Mr Speaker, I will now take the House through each of the negotiating issues in turn.

On citizens’ rights, we have made further progress towards giving British citizens in the EU and EU27 citizens in the UK the greatest possible legal certainty about the future. In future our legal orders will be distinct and different.

Last week, we explored the ways in which we will make sure that the rights we agree now will be enforced in a fair and equivalent way. We also explored ways in which we can fully implement the Withdrawal Treaty into UK law. That will give confidence to European citizens living in the UK that they will be able to directly enforce their rights – as set out in the Agreement – in UK courts.

The two sides also discussed ways of ensuring consistent interpretation of our Agreement. Although we have not yet arrived at a single model that will achieve this, we have explored a number of solutions, and we should also not lose sight of the fact that we have made significant progress in this area since June.

We have reached agreement on:

But, of course, there are still some issues outstanding for both sides, including:

And in many of these areas it is a straightforward statement of fact that our proposals go further and provide more certainty that those of the Commission. We are trying to find on both sides I think, pragmatic solutions. In the fourth round we offered the guaranteed right of return for settled citizens in the UK in exchange for onward movement rights for British citizens currently living in the EU. We look forward to hearing the Commission’s response on this offer; we haven’t had it yet.

Mr Speaker, I recognise that there has been some concern regarding the new system which European citizens will have to use to gain settled status in the UK, so last week, I confirmed that while there will be a registration process, the administration process will be completely new, streamlined, and – importantly – low-cost.

Furthermore, any EU citizen in the UK already in possession of a permanent residence card will be able to exchange it for settled status in a simple way. They will not need to go through the full application process again.

The tests associated with this process will be agreed and set out within the Withdrawal Agreement.

As a result of our productive discussions, the Commission is also able to offer similar guarantees in return for those British citizens in the European Union.

These clarifications, on both sides, have helped build further confidence.

This round also saw further detailed discussions on Northern Ireland and Ireland. In a significant step forward we we have developed joint principles on the continuation of the Common Travel Area and associated rights. These joint principles will fully preserve the rights of UK and Irish nationals to live, work and study across these islands. They will also protect the associated rights to public services and social security. To provide legal certainty, these principles recognise that the Withdrawal Agreement should formally acknowledge that the UK and Ireland will continue to be able to uphold and develop these bilateral arrangements. Our teams have also mapped out areas of cooperation that function on a North-South basis. And we have begun the detailed work to ensure this continues once the UK has left the EU.

We also agreed a set of critical guiding principles to protect the Belfast (Good Friday) Agreement in all its dimensions and we are working on the necessary steps to make this a reality. Throughout this process we have reaffirmed our commitment to protecting the rights of people of Northern Ireland to choose to be British, Irish or both, as they choose. I have set out before our shared determination to tackle the unique circumstances of Northern Ireland by focusing on creative solutions and we have begun to do so, but we cannot fully resolve these issues without also addressing our future relationship.

As the Prime Minister said in her statement to this House last week: “We owe it to the people of Northern Ireland – and indeed to everyone on the island of Ireland – to get this right.”

On the financial settlement, discussions continued in the spirit fostered by the Prime Minister’s significant statements in her Florence speech. The Prime Minister reassured our European Partners that they will not need to pay more or receive less over the remainder of the current budget plan as a result of our decision to leave, and she reiterated that the UK will honour commitments we have made during the period of our membership.

Off the back of this, in the September round we agreed to undertake a rigorous examination of the technical detail where we needed to reach a shared view. This work has continued.

This has not been a process of agreeing specific commitments – we have been clear that this can only come later, but it is an important step, so that when the time comes we will be able to reach a political agreement.

Finally, on separation issues, we have continued to work through the detail on a range of issues, particularly those areas relating purely to our withdrawal such as nuclear safeguards, civil judicial co-operation and privileges and immunities. Whilst we’ve made good progress the remaining issues in this sector are dependent on the future discussions on the future relationship, so we are ready and prepared to start those discussions.

In conclusion Mr Speaker, our aim remains to provide as much certainty as possible to businesses and citizens on both sides. I have made no secret of the fact that to fully provide that certainty we must be able to talk about the future. We all have to recognise that we are reaching the limits of what we can achieve without consideration of the future relationship.

The Prime Minister’s speech in Florence set out the scale of our ambition for the new partnership with the European Union and she also laid out the case for a simple clear and time-limited period of implementation on current terms.

At the European Council later this week, I hope the leaders of the 27 will recognise the progress made and provide Michel Barnier with the mandate to build on the momentum and spirit of cooperation we now have. Doing so, will allow us to best achieve our joint objectives and move towards a deal that works for both the UK and the EU.

Mr Speaker, there has been much discussion of what will constitute sufficient progress. Let me be clear that sufficient progress, and the sequencing of negotiations, has always been an EU construct, not a UK one. Negotiations require both parties to not just engage constructively but also to develop their positions in advance. For the UK’s part, I have always been clear that we will be conducting these negotiations in a constructive and responsible way; we have been entirely reasonable in that.

The work of our teams and the substantial progress that we have made over recent months proves that we are doing just that, and we are ready to move these negotiations on.

See a link to the press release here. 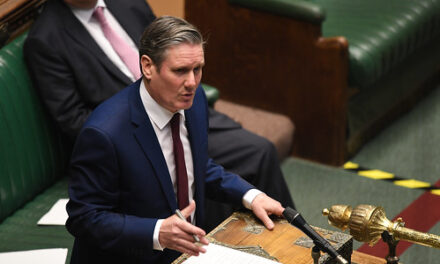 The Lies of David Cameron