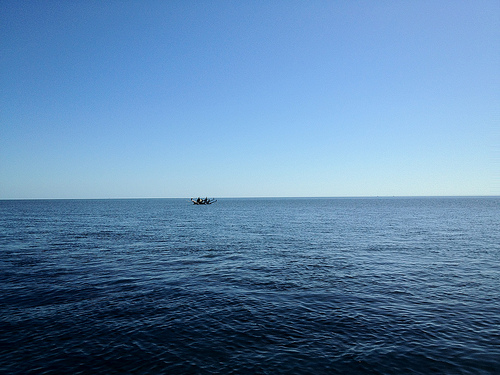 I have a story to tell, but there is a point to it, so please bear with me. When I was a young man, I was asked by a yacht broker to deliver a yacht he’d sold in the Caribbean for a client who wanted it in Tahiti. It was a lovely little sixty-foot ketch. I set sail to Panama with my old sextant to navigate with and a crew I’d never met before. There was no money in the budget to equip the yacht with luxuries like Single Sideband Radio, there was no GPS in those days or Sat phones. Ocean sailing was a lonely business back in those days.

We transited the Panama Canal and after spending some days taking on supplies we headed into the Pacific Ocean. Our plan was to make a straight dash for Tahiti, we’d taken on extra diesel to motor through the doldrums either side of the equator, we wanted to be quick as it was nearly the hurricane season. After some days, I made a landfall on Pinta Island at the northern end of the Galapagos and then headed into a vast expanse of ocean towards the equator.

One night, I went to the galley to prepare a meal and underneath a layer of food in the freezer, I found empty cardboard boxes. In the food lockers it was the same situation with our emergency tinned food. To cut a long story short, two of the crewmembers that had been entrusted to shop for supplies, had packed the fridge, freezer and food lockers out with empty boxes and used our money to buy cocaine in Panama. A few days later, I found out they’d only filled one gas bottle and we had nothing to cook the food that was left. You can imagine, I was furious and after a bit of a fight, their cocaine was thrown over the side. As we entered the doldrums and were becalmed, the fuel injection pump on the diesel disintegrated internally. I pride myself on being able to get any diesel engine running, but not in this case – and I tried for days.

So, there we were, stuck thousands of miles from the nearest land, in the biggest ocean on earth, hardly any food or anything to cook with, no engine and no wind: nightmare scenario. We were still catching the odd Mahi Mahi and Tuna fish, which we were eating raw, but in the end we lost all of our hooks and lures. We even resorted to leaving Fray Bentos, tinned steak and kidney pies on deck in their tins to heat up in the tropical sun (utterly revolting). One day, I looked at the person that had spent our food money on cocaine and said to him: “if we run out of food you are dinner.” He was very quiet after that. In reality, I had no intention of letting the situation deteriorate to that extent, but I wasn’t going to tell him that, it’s not something I would like to seriously contemplate. As a point of interest, cannibalism was practised in the more remote parts of the Pacific until fairly recently. I was told by an old man who can remember as child eating human flesh that we taste pretty good: his favourite bit was the fleshy bit at the heel of the palm of the hand next to the thumb.  There was often a shark following the boat and we spent hours trying to drive a boathook through its head, dripping drops of one of our errant crew’s blood in the water to try and attract it: no joy.

After some weeks at sea and much misery, we limped into a harbour on Hiva Oa, an island of the Marquesas. We were sunburned and skinny, but we’d survived. Thankfully, we’ll never know now whether we would have eaten our junky friend or not, I really didn’t like him at all and eating him raw didn’t appeal. Thirty years later, I bumped into him in a pub in England. It took a while to recognise each other, but even after all that time he didn’t look pleased to see me.

You may be wondering by now: what has this to do with politics?

Well, there are lot of parallels between my unfortunate situation and everyday life. The ignorant, stupid person who for his own selfish interests put our lives at risk – he missed his vocation in life, he’s a natural politician. If you consider our country as being like the yacht, something that is essential for our survival, you can understand that politicians are doing exactly the same to us as my crewmember. It’s not until you’re in a survival situation that you can truly understand the realities of life: lies, spin and subterfuge don’t work, you literally live or die by your decisions.

It is my belief that politicians are driving us all into a survival situation now. As illustrated by my story, in a survival situation and in times of scarcity, things can get feral very quickly. I was reading about some research conducted by several universities in the US that is really summed up as:

“in times of resource scarcity there is a dramatic increase in lethal violence.”

Hardly a great surprise, I know. The fact is, in spite of our sophistication and technological advances, we’re still just mammals competing for scarce and finite resources.

My experiences have taught me that the only value my life has is the value that I myself can place on it. We can extend this value to our immediate family, our close friends and further down the line to a certain extent to our countrymen. After that, compassion is getting a bit thin. Looking at Britain today, it is horribly overcrowded, racially divided and a ticking time bomb. In times of scarcity, I think it’s natural that people will align themselves along ethnic lines to fight for resources.

The world’s resources are getting very scarce at a time when the population is exploding. When I was a child there were three billion people in the entire world, now there are seven and a half billion and ten billion expected in thirty years time. (See my earlier article) That is a frighteningly steep exponential curve, the world population has cubed in the space of a lifetime; all of this population growth is in the Third World. Only the very naïve and foolish would believe that we can absorb the Third World and yet many do. Our politicians are asking us to commit suicide and smile while we’re doing it.

The golden rule of seamanship is to always stay with your ship, find a way to keep it afloat: it has resources, shelter and can be seen by rescuers. If you end up in a life raft you’re in a very dire situation.

The same could be said for our country. It is in danger of sinking and we need to keep it afloat or we have nothing. Like the yacht – once our country is sunk it’s gone forever. There is a time coming where lies and deceit won’t work and we’ll have to face reality – a time to give those that threaten our survival a bloody nose.

Electoral Reform (Stage 1), The arguments for voting reform. Part 4b. 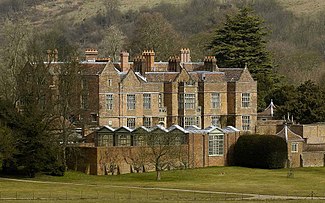