[Ed: most of this article was written before Thursday, more observations were added by the author after Thursday.]

Having stood as a PPC in Barrow and Furness, probably for the last time, I have to agree with the voices that point out that the Party leadership absolutely matters in National elections and UKIP’s has shot itself in the foot so many times since Nigel stood down that it is no longer credible in the eyes of the electorate, thus undermining every candidate fighting the cause.

Net result, loads of time and money compromised if not wasted. We will see.

But I suggest the fundamental problem with UKIP is organisational and clearly, “we” (they – the leadership) do not have it sorted. By the same token, the shambles that is UKIP reflects remarkably well the organisational shambles that is government. Sort the first and there is then a credible base from which to address the second and stress the benefits to the electorate.

Having spent years working as a project management consultant, that taught me that organisation is absolutely fundamental to achievement. While Parties and government are led by ego trippers, surrounded by supporters, things will never change. A well supported ego tripper may have it’s moments but is not the same thing as a properly organised management board, project or otherwise.

(Why political organisations think they’re immune or would not benefit for being run better frustrates the hell out of me. But there we are.)

Nigel is a one-off, an incredibly difficult act to follow and we were very lucky to have him. But the logic of concentrating the leadership of a Party on any individual strikes me as plainly ridiculous. Organisations run by boards with clearly defined areas of responsibility divided between them, work better. If UKIP led the way and did the same with the political agenda, suddenly we’d have a Party with a credible platform to work from, and something to shout about.

Manifesto: did you have any input to it? No, neither did I. So I wrote my own, concentrating on Brexit, Referendum 2 disguised as an election, our distrust of May, the fundamental importance of repealing the ECA 1972. Elections issues should have come a long way second and the leadership should have been hitting the Brexit re-run harder than anything. Even chunks of Barrow got it. UKIP didn’t. Instead they found time to manipulate the NEC to deselect AMW. Thank goodness Theresa May chose a few weeks later to announce a “Dementia Tax”.

Another thing I hit on was career politicians, endemic corruption and the threat of Leveson still hanging over the media, people in Parliament making fortunes by getting into the supply chain generated by policies they’ve promoted, e.g. Climate Change, Osborne and UBER. Any mention of issues like standards or proposals to improve them in the manifesto? Expenses scandal, ways of cleaning up Parliament, radical reform proposals? Have our leaders never heard the retort “politicians are all the same?”  UKIP is exactly the same and until it puts an organisation together that is demonstrably better, it will remain ever thus.

But the thing I hit hardest is that UKIP is unique because the supporters have come from all sides of the political divide and have found genuine common ground by working together and refusing to be dragged back into the partisan political trenches. Are we unique in Barrow or something? Not a word about that in the manifesto which I for one reckon is our greatest strength.

To be fair, there are ideas in it that I thought were genuinely inspired but there is so much more that could have been said, and missing the opportunity to ruthlessly target and expose May as the opportunist, career-obsessed charlatan that she is, I think will cost us. Luckily she’s doing a fair job of demonstrating that without our help.

Thank goodness for Twitter where our supporters don’t hold back. And for the Dementia Tax. (Do we have a plant in conservative central office?)

To conclude, I have had a picture of me and my horse on my leaflets (it’s got Ahhh appeal),  but I am reminded that a horse cannot hop on one foot.

I’d like to suggest the leadership of UKIP or whatever follows it, gives that some thought if they want to make progress.

PS: It hadn’t occurred to me until the campaign got going that UKIP is not actively refuting the racist reputation that Cameron planted. I’ve been quite taken aback at how much some people hate us because that poison has not been lanced by the leadership and even her indoors has said, you have to tell them. I already did, but: a snap election, few opportunities and we’ve kind of assumed that Cameron’s smear went with him. Not so. At least not here in Barrow.

PPS: Got home on Friday morning as my kid was getting up for school. Talk about vote of confidence for all the Party leaders… and we candidates were hostages to fortune. Incredible night.
Kippers trashed, (lost deposit..!), Tory (“how did we loose that – from 20 points up?”) LibDem almost in tears …
The Electorate got it right. The rest of us stunned.
What’s the betting new leaders all round in next few months…?
Am now cream crackered. And about 3 grand lighter. Am going back to bed!! 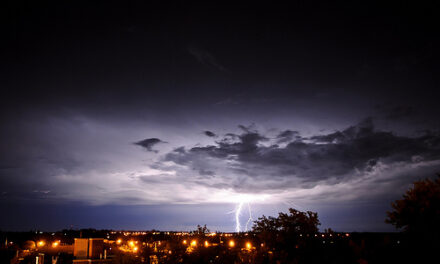 Is UKIP Facing a Perfect Storm’?