‘You will always have the poor among you’ (from the Christian Bible).

Alas the various policy initiatives, usually throwing taxpayers’ money at the problem, tried by successive governments over the years haven’t achieved much. Social immobility is getting worse, not better, and food banks seem everywhere. There is also the lost young generation of NEETs (not in education, employment or training). So 2000 years later the quotation above is still true today, why?

Establishment politicians seem to focus on re-distribution, ‘robbing Peter to pay Paul’, with bureaucracy, inefficiency and waste thrown in. It would help if their policies didn’t also penalise the successful or create dependency. However, that would need understanding of wealth creation (for the benefit of all), observation, analysis, innovative policies and carefully planned implementation; things Dave’s Crony Conservatives and Ed’s Serfdom Socialists do not seem to understand. Wealth creation requires devising products and services that add increasing value to users and improving productivity to make them affordable whilst allowing higher wages.

Yet the political Establishment in Westminster and Brussels have, through inappropriate policies and ideologies made matters worse especially for the poorest. Oversupply of labour for low paid jobs depresses wages and removes the incentive to improve productivity; hence our country’s poor productivity compared with competitors. In turn low wages lowers discretionary spending and resulting demand. If anything, this leads to more low paid jobs. Complex and intrusive regulations further drives up costs for businesses, affecting the smaller ones disproportionately, making such things as research, training, improving productivity and expansion harder to carry out. Corporatism and monopolies by large organisations prevent true competition and also drive up prices, whilst high taxes drive up costs; innovative and smaller businesses, the generators of future prosperity, find it much harder to prosper, if they exist at all.

It should be possible to find new, innovative, policies which help wealth creation without having negative effects, and can be introduced cheaply. The following are some simple ideas and concepts that are directed at improving policy making and encouraging wealth creating innovation:

There was once a self-financing National Research Development Corporation that filled a gap preventing innovations (usually in small businesses) and university or public sector based research being successfully commercialised. Amongst other activities, the NRDC provided small amounts of seed capital, contacts and advice. It’s unique usefulness fell victim to political dogma.

Much of public sector purchasing is based on strictly monetary considerations, such as lowest price. It also effectively excludes smaller and innovative companies where they could otherwise compete successfully. Yet with the public sector and monopolistic utilities (such as water, energy and transport) making up such a large part of the economy their purchasing can be highly influential in facilitating the starting and growth of innovative and small businesses or social enterprises. There is also potential for other beneficial effects in local communities. We could easily develop appropriate procurement processes that incorporate fairness, accountability, transparency, efficiency, and effective risk management. However, we can’t really make much progress because of EU Procurement Legislation which dictates how the public sector and utilities conduct procurement.

An innovation driven economy leading to higher productivity and wages, especially for the poorest, could be further stimulated by reducing taxes and red tape. Whilst this is not a new idea it would appear the ruling Establishment have neither the motivation nor ability to do either. Far easier to impose increasing burdens upon us, take our money, waste it and use it to induce us to vote for them.

‘A poor but wise youth is better than an old but foolish king who will no longer accept correction.’ (from the Book of Ecclesiastes) 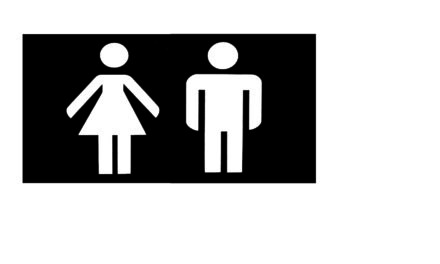 Carswell’s Austrian School critique is correct, but will his solution work? – Banking in Crisis, Part 3

Politicians Playing Trivial Pursuit with Us the Losers