Fracking Must Be Welcomed

The news that French utility firm GDF Suez has signed a deal with UK-based Dart Energy to explore Cheshire and the East Midlands for shale gas, shows the direction in which UKIP has been suggesting that UK energy policy takes for some time.

Hydraulic fracturing, as I’m sure you know by now, is the process of extracting gas from shale rock by using pressurized liquids to fracture it and thus release gas and petroleum into a well. It is a welcome development for UK businesses and domestic consumers because it potentially offers lower energy prices, increased energy security, and reduced dependence on imported gas, with a consequent saving on our balance of payments

The shale gas revolution in the US has transformed manufacturing, and has resulted in their gas prices falling to a fraction of those in Europe. There was also the recent report from the British Geological Survey indicating that shale gas resources in the UK are much larger than previously thought.  It is probable that there is sufficient accessible gas for decades, perhaps centuries, of current consumption.

The Bowland Shale formation  is thought to be three times thicker than the enormous Marcellus field in the USA, suggesting not only larger volumes of gas, but more efficient extraction possibilities. Gas on this scale could well transform the British economy, and make us far less dependant on imports.  It all adds up to jobs, growth, and prosperity.

The prize, of a high level of energy independence, local industry and jobs, reduced imports, and lower energy costs, is so important, we cannot afford to ignore it.  Energy availability and cost is one of the greatest economic problems we (and the generations succeeding us) face.  It would be a huge dereliction of duty not to pursue every practical opportunity for home-grown energy.

There will be doubters. Alarmists from the green movement, Gazprom and others are already at work on this. We will be told about how fracking causes earthquakes which naturally brings images of falling buildings to mind. Fracking indeed causes seismic activity (which is not classified as earthquakes but as micro-tremors) but we are talking about tremors equivalent to the rumble of a truck passing your house.

We will be told that fracking is dangerous to residents and hazardous to health. The US, is perhaps the most litigious society on earth. Had there been any major problems along these lines, there would have been a glut of class actions which would have brought investment to a halt. Nothing like that has happened. One criticism of US fracking companies is the secrecy about the composition of the liquid they use to pump into the well. Although it is largely water and sand, here in the UK that information must be publicly available as a condition of being awarded a license.

Ultimately, there is no power source which can be entirely free of problems but the solution is to manage the technology better, rather than to abandon it. UKIP’s Energy spokesman, Roger Helmer MEP, often uses the following great metaphor  “The Stone Age didn’t end because we ran out of stones. It ended when we developed better technologies“.  Hydraulic fracturing is an example of just that sort of development, and the next chapter in the success story of fossil fuels. 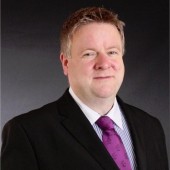 A letter to the EU

When can we expect the global recovery to begin? Never