The General Election – A Presidential Campaign?

In the run up to the Rochester & Strood by-election, UKIP supporters will be happy to see David Cameron and Ed Miliband struggling to overcome various damaging difficulties. To illustrate how bad the situation is for these two leaders, neither can exploit the others’ predicament. Instead, the troubles they are in fuel a growing sense that the mainstream parties lack the historic ‘right’ to dominate British politics – a situation UKIP must turn to its advantage at the ballot box.

As May approaches, both men – especially David Cameron – will seek to fend off the menace posed by UKIP, the SNP and Greens by emphasising that the General Election is fundamentally about who will be the next Prime Minister of the United Kingdom. They may argue, and might even believe, that despite ‘insurgent‘ activity by smaller parties the British people know in their heart of hearts that only the Conservatives or Labour can be entrusted with power, albeit with Nick Clegg’s support if needed.

One problem with this approach is that their mounting difficulties and the inadequate way they respond to them may slowly convince the public that neither Messrs Cameron nor Miliband deserves to run the country. This would be good news for UKIP but, as an emerging party, it cannot fully exploit an election with a ‘Presidential’ focus. For while Nigel Farage enjoys positive polling that should increase by his taking part in any pre-election TV debates, in the UK a ‘Presidential‘ campaign is realistically also about the Party involved and who would hold key Ministerial appointments (e.g. Chancellor of the Exchequer), which requires a political depth voters do not yet attribute to UKIP.

If a Mark Reckless victory in Rochester & Strood leads to more Conservative MPs switching to UKIP in the next few months, David Cameron may feel his clear personal lead over Ed Miliband must shape the way the General Election is fought. Already, the alleged leaked Conservative MPs briefing on how to support Ed Miliband highlights a determination to make the General Election a two-horse fight, so ‘choose David Cameron as PM‘ must surely become a central plank of Tory campaigning. So what can UKIP do in response?

As the incumbent Prime Minister David Cameron should be able to point to a proven track record, but as time passes his performance as PM is becoming an increasing liability. Fortunately for UKIP this is not a recent phenomena, and four years of coalition government provides it with numerous opportunities to highlight shortcomings in David Cameron’s (and by extension his Party’s) performance. UKIP should therefore draw up appropriate lists of errors, failures and mediocrity, and then keep emphasising them until they are ingrained in the popular consciousness. For example, people need to be repeatedly reminded that this government spawned the label ‘omni-shambles’, and for good reason.

UKIP can also benefit from the PM’s current difficulties. His recent lectern thumping form is unconvincing, with him looking ill-informed, impotent and isolated. Significantly, as pundits, politicians and the public realise the traditional two-party system in Britain has become obsolete, there will be a growing willingness to overtly criticise the PM, both from within and without his Party. Thus on the Sunday Politics show Helen Lewis referred to ‘classic over-promising by Cameron’, while in the Spectator Fraser Nelson demolished the PM’s claim to make a £3800 tax cut in the next Parliament and Isabel Hardman judged ‘voters don’t believe him…‘. Polished speeches from a Conference platform will no longer be enough to shore up ‘Dave’s’ electoral support. Instead he will need genuine credibility based on good judgement, effective action and authenticity. UKIP can highlight where these traits have been patently absent.

Ed Miliband can take little comfort from David Cameron’s plight. His personal ratings are so far behind those for the Tory leader the gap is insurmountable. Sam Coates at the Times has pointed out only 15% of Scots now trust Ed, he is not scoring knock-out punches at PM Questions, the Tories won’t let him forget ‘that speech’ or Labour’s record in power, and he still has a brother.

As YouGov records Ed Miliband’s lowest ever score as Labour leader it is clear he would not win a ‘Presidential‘ contest with David Cameron, but his sense of purpose and self-belief may have convinced him voters will look beyond his public frailties to grant him, as the intellectual/thoughtful Leader of a national centre-left movement, the keys to 10 Downing Street. Perhaps the growing UKIP interest in his Doncaster constituency will begin to undermine that increasingly questionable self-confidence. In the same way that it can highlight David Cameron’s lacklustre record, UKIP can also turn Ed Miliband’s performance against him. In addition, it can point to Labour’s last term in office and the disastrous way it handled the economy, immigration and defence, to name three policy areas. Given sufficient resources, there is no reason why UKIP cannot make substantial progress in both Labour and Conservative heartlands.

The next General Election presents UKIP with a fantastic opportunity as the ‘Big-3’ parties it will compete with are in various states of disarray. Each has succeeded in alienating significant numbers of core supporters and collectively they continue to fuel a widespread resentment with Westminster politics that UKIP clearly benefits from. The Conservatives in particular may seek to limit the attraction of ‘insurgent’ parties by promoting a ‘Presidential’ election campaign, but as voters grow increasingly frustrated with empty rhetoric, rash promises and lacklustre performance, any attempt to do so could backfire. UKIP should therefore be prepared for such a campaign to maximise that danger and turn a ‘Presidential‘ race to its electoral advantage. 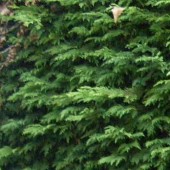 All politics is local …. 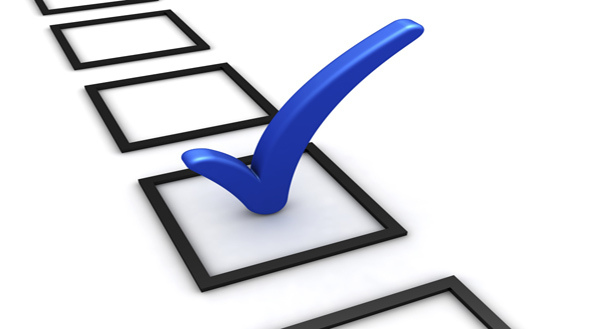