Following on from the article I wrote about earning the right to vote, I was asked about the upcoming boundary review.  There are various sources of information for the changes expected, see e.g. the Telegraph here.

Re-drawing boundaries just to keep yourself in power is Gerrymandering.

Reducing the quantity of MP’s from 650 to 600 is a good start. MP’s should represent, at least approximately, the same number of constituents. Reducing the number of MP’s must mean redrawing the boundaries. To do so just in order to gain political advantage must never be the reason, but a government of any colour will always try and take advantage.

Let us take the US and, for clarity, simplify the figures. Each Congressman has around 680,000 constituents. Assuming the population of the UK is 65 million, then we should have about 95 MP’s!

If we only employed, say,100 MP’s, then this would not be enough given all the various departments, committees and other HoC requirements such as Speaker and deputies, and a Whips office. Also, an MP would actually end up being very busy with HoC duties, due to not having umpteen PPS and deputies. If they would be that busy with just HoC duties they genuinely would not be able to find time for what I consider to be their core functionality, which is to look after the needs of their constituency.

I think most would agree that 600 MPs are too many, and 100 too few. I would therefore suggest that the HoC have a maximum of 300 MP’s, giving around 220k registered voters in their constituents per MP.

The Boundary commission should now look again at re-defining the boundaries so each MP has approximately that number of registered voters. If people are not registering, they are not doing so for a reason. Therefore, they should have no access to their MP until they do register.

Note that, with the population of Scotland being around 5.2 million, they would have 24 MP’s and not the current 59.

That then leads on to the question of bringing in proportional representation, or staying with first past the post (FPTP). Based on that AV referendum we had a few years ago, which was soundly trounced, I would (waiting for the screaming!), stick with FPTP. It has worked, both good and bad throughout history. It’s not perfect, never will be, but is as democratic as you can get, and there are a lot of worse options.

Having proportional representation limits (but does not stop) any abuse of gerrymandering, but if you reduce the quantity of MP’s to a sensible level, FPTP would still work. Think about those constituencies that would vote Conservative, or Labour, no matter which idiot was standing. Take for example the recent by-elections in Witney or Bately and Spen: if the size of each of those constituencies was 3 or 4 times the size of what they are now, then there is lots of scope for not “Packing” towns with one type of person who always vote for a particular colour.

So, for this first round of boundary changes, which will probably happen before the next GE, I say: good start. Then, by the time of the next GE in 2025, let us get down to 300 MP’s.

This reduction is not just about saving a few quid. With the quantity of registered voters for each MP being significantly higher than currently, it is vital that each MP is of the highest caliber. You will already know some really, really awful MP’s, the one from Bately and Spen was a “star” of Coronation Street! I am not knocking this, good for her, had a job, paid tax, all in favour, she would even qualify under my criteria below. But being a TV star or celebrity is not what I would call being qualified for what is probably the UK’s most serious job.

What would you need to have done to become qualified to be a Parliamentary Prospective Candidate (PPC)? I would suggest they must meet the following criteria as mandatory:

Note: if elected and you do not meet the above, then you cannot sit in the HoC or claim any salary, or pension, or other benefits.

In addition, any one, or more of the following:

It would be mandatory for all PPC’s to be voted for by their local party, to try and ensure they are qualified and are suitable.

You will never of course be able to stop the fantasy beliefs of various political parties, but I feel the quality of each MP would be vastly improved, and this can only be better for our country.

Having hopefully, increased the suitability for MP’s, we now need to make them respectable. Not an easy task. I would propose we start this with mitigation of what they currently have a bad name for.

Firstly, expenses: they should be pretty much abolished. All travel and accommodation would be booked via a central office. No second home: if you live outside of where the HoC is currently, then the central office will book you an apartment within a reasonable distance. If working late, taxis can be booked and the central office pays via their account with the selected taxi firms.

Do not even think about claiming for food and drink. Everyone must pay out of their hard earned income – MP’s are no exception! Expenses would then become very limited, and anything claimed must be done via the central office who will publish monthly all claims and whether they were acceptable to pay.

Behavior: an MP is representing over 200 thousand of their electorate, they are in fact ambassadors for them. Therefore, if there was any improper behavior, once proved, you are out, and you lose your pension rights.

Pay: being an MP, you understand the rules, the behavior required, and the honour. Pay therefore should be commensurate with the responsibility. I would propose, on becoming an MP, the starting rate of £150,000 p.a., 50k extra for the PM, 40k for Chancellor, 35 for the Defence Secretary and the Home Secretary, with 20k extra for other Secretaries of state. I would give the Speaker an additional 15k with deputies an additional 5k.

Being chairman of a select committee, or a member, does not confer any additional pay. They should do this as patriots, and for the fact they can bring the committee views to be debated in the House. There would be no additional payments for anything else.

MP’s would be free to hold outside jobs, but must make this very clear on application to become a PPC or, if already an MP, publish these details with how long they spend doing these activities.

There you have it, most likely not perfect, but it would be a good start. Improve the quality of the HoC, then look at the HoL, but that’s another story! 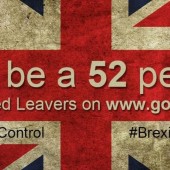 Is the Minimum Wage Fair?

UKIP leadership – it simply has to be you.