Give MPs a pay rise

I’m going to try and convince you why, in these tough economic times, we should be paying our MPs not 65 or even 77k, but 100k a year. Now I suspect some people aren’t entirely on board with that idea just yet and it doesn’t sound very fair does it? Especially when most people have seen their pay frozen or reduced – so how can I stand here and attempt to justify such a whopping increase? Easy, make it Performance Related Pay.

I believe the majority of the public have lost faith in our elected representatives, and so it’s not surprising that according to a poll last year, only 21% of people now trust their MPs to tell the truth. Let me say that again, only one in five people trust their MPs not to lie, and over half of us believe MPs put their own interests first. I think we in UKIP believe politics should be about service, not self-service.

So here’s how it could work: each party’s election manifesto would have at least ten key policies, so any single policy (such as a promise to hold an EU Referendum for example) would constitute one-tenth of that MP’s salary.

If they voted against what the manifesto stated, then they’d lose 10% of their pay. The same applies of course to the remaining nine key policies. Now you may think that’s harsh, but considering they secured your vote by making those promises, I think it’s only fair to hold them to account. Their bank account to be exact!

Another benefit of Performance Related Pay (something which is common for many in the Private Sector, and almost universal for anyone who is self-employed) is that at the moment there would be so few Members who would actually attain the full salary that the taxpayer would probably make a saving! And I don’t know about you, but I’d far rather be paying 100k for an honest MP who represents me, than 77k for one that doesn’t.

And you never know, it might even help encourage those honourable members to be a little more honourable! 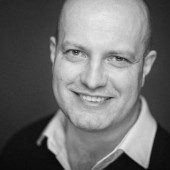 Start as you mean to go on – Bournemouth Conference

Fake News – looking back in anger