There were three key individuals central to the advance of the Global Warming Hoax; Ken Lay of the Enron Corporation, Al Gore Vice President of the USA and his former University lecturer Professor Roger Revelle.

A former under-secretary general of the United Nations, Maurice Strong also aided the promotion of their efforts.

In 1957, Revelle suggested that the Earth’s oceans would absorb excess carbon dioxide generated by humanity at a much slower rate than previously predicted by geoscientists, thereby suggesting that human gas emissions might create a ‘greenhouse effect’ that would cause global warming over time.

Al Gore graduated from Harvard in 1969 and had been particularly impressed by Revelle’s class. From then on Al Gore was and still is, convinced of manmade global warming.

By 1991 Revelle had changed his mind and co-authored an article ‘What to do about greenhouse warming: Look before you leap’ which stated: ‘We can sum up our conclusions in a simple message: The scientific base for a greenhouse warming is too uncertain to justify drastic action at this time.’  At this point Al Gore, who is still convinced of the Greenhouse effect, pronounced Roger Revelle as senile.

In the 1980s, Lay was an energy company executive at Houston Natural Gas.  This company was bought out and its name changed to Enron in 1985.  The Enron Corporation grew to become a commodities trading company in more than 30 products which included gas fired power stations and even broadband.  It was willing to exploit any commodity for maximum profit.  Before its bankruptcy on December 2, 2001 some 20,000 staff were employed.

California had an installed generating capacity of 45GW yet the demand was only 28GW.  A supply gap was purposely created by Enron in order to obtain artificial shortages.  In order to increase the price, power plants were taken offline for maintenance in days of peak demand.  Traders were thus able to sell power at premium prices, sometimes up to a factor of 20 times the normal value.  These manipulations brought about rolling blackouts which adversely affected many businesses and an 800% increase in the price of electricity by the December of 2000.  Enron had cost California between $40 and $45 billion.

The US 1990 Clean Air Act had forced controls on how much pollution a fossil fuel plant could emit.  Enron had then helped to create a market for the United States Environmental Protection Agency’s sulphur dioxide cap-and-trade program.  As that market proved to be very profitable, the company next turned to creating a cap-and-trade program for carbon dioxide, the forerunner of today’s carbon trading scam.  The only problem was that carbon dioxide is not a pollutant.

Under the Clinton administration in 1993, Ken Lay, the CEO of Enron, and Vice President Al Gore met in order to create an international regulatory system that would manage carbon dioxide.  At that time Al Gore claimed he had ‘not known that Ken Lay was a crook’.

In addition, Enron began to cultivate new friends in the environmental community.  From 1994 to 1996, the Enron Foundation gave nearly $1 million to the Nature Conservancy, whose Climate Change Project promoted global warming theories.  Another $1.5 million was donated to other groups advocating international controls to curb global warming, including Greenpeace.

In 1997, Enron was investing in the manufacture of of wind turbines and set about promoting an international treaty to impose cuts on CO2 emissions and to allow Carbon Credit trading. Such an agreement would produce a gigantic windfall for Enron because it would boost the usage of natural gas at the expense of coal and would help Enron’s growing commodity trading and wind turbine business.

In 2006 Al Gore’s film ‘An Inconvenient Truth’ Premiered at the 2006 Sundance Film Festival and opened in New York City and Los Angeles on May 24, 2006.  The documentary was a critical and box-office success, winning Academy Awards for Best Documentary Feature and Best Original Song.  The film grossed $24 million in the U.S. and $26 million in the foreign box office, becoming the 9th highest grossing documentary film to date in the United States.

When George W. Bush ran for president, Lay served as host at big fund-raisers and contributed plenty of his own money to the effort.  Britain’s main parties were the recipients of Enron’s generosity.  Between 1997 and 2000, the Labour Party accepted £38,000 from Enron in sponsorship money for its events, whilst the Conservative Party received approximately £25,000.

This skulduggery has led to the closure of our cheaper coal fired powered stations, the wind turbine scandal and expensive fuel bills, and still continues.

There is no such thing as a greenhouse gas because no gas can store energy (heat).  Solids and liquids can store heat but not gases unless they are enclosed.  The belief that CO2 raises the temperature of a gas system is based on the assumption of a closed system in which energy cannot escape.  The earth is an open system and hence it cannot accumulate heat in its atmosphere.  Due to convection currents warmed gases rise, and (if we ignore the adiabatic lapse rate because expanding gases cool anyway) any excess heat is radiated away through the atmosphere and into space, which is certainly apparent on cloudless nights.  Greenhouse gas theory seems to be the domain of mathematically dominated science, rather than empirical science. 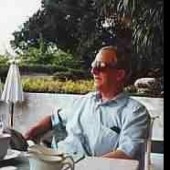