In defence of national pride

Today, national pride is a thorny issue. The age of the EU is an age of liberal internationalism (and anti­nationalism). When the very idea of the nation state has been written off as a relic of previous centuries, being proud of belonging to a particular nation begins to get painted as rather silly. Not only silly, but dangerous. A person who proclaims their love for their own country is eyed with suspicion. A person who seeks to politically defend their own nation and its culture against external forces is decried as divisive, intolerant and bigoted. It is my belief however, that national pride is not incompatible with modern values. At least, not with those modern values that are actually worth keeping.

I realise that, by making these comparisons, I risk angering people all the way from one end of the political spectrum to the other. Such is life.

Pride is often conceived of as the appropriate response to an achievement. For example, you feel proud of yourself for climbing Mount Everest. Climbing the world’s tallest mountain is something that takes extensive training, perseverance, mental and physical strength and expertise. Climbing Mount Everest is a voluntary activity whose accomplishment proves certain positive things about you. Therefore, you are justified in feeling proud of yourself for doing it.

Now compare this to the concept of “feeling proud to be British”. Is being British an achievement? Is it something that you had to earn through hard work, knowledge, skill and perseverance? No. Most people are “British” simply through an accident of birth. This, the critics of national pride will argue, makes pride in Britishness a ridiculous concept. How can you be “proud” of something that you didn’t achieve? How can you be proud of simply being born in a certain place at a certain point in time?

The confusion here is that “pride” has a second equally valid meaning. The criticism launched against national pride in the previous paragraph could also be used against gay pride. Is being gay an achievement? Nowadays, most scientists believe that sexuality is an unchosen attribute; a person is “born gay”, or at least becomes that way through no choice of their own. So, being gay is no different from having brown hair or short legs. In which case, how can anyone justify feeling pride in response to their sexuality?

In this case, “pride” is being used to mean the refusal to feel shame. This kind of pride is the commitment to unashamedly being oneself, the unashamed acceptance of what one is and the social and political will to express oneself authentically. Let us apply this analogously to national pride: every native British person is raised in a certain cultural environment; we come to accept certain values (such as freedom and justice) and become involved with certain practices (such as the democratic process). When we say “I am proud to be British” what we mean is “I am not ashamed of my values and culture. I believe they are right and good, and I will continue to uphold them and defend them”.

The analogy between gay pride and national pride does fail on one point: your nationality is ultimately voluntary. As a civic nationalist, I believe that your nationality is defined by where you choose to live and whether or not you choose to adhere to a system of fundamental national values. Most people of course choose to live where they were born and to uphold the values they absorbed as a child. For loyal native citizens of a country, the analogy tends to hold well enough.

For immigrant citizens, it is more a matter of solidarity. You choose to live in a certain country because you believe in its values and institutions; you are part of that nation, and you feel “pride”; i.e. you are willing to unashamedly express yourself as part of that nation and to defend yourself and your nation against whatever threatens it. This applies to native citizens in a certain sense too: a nation is a dynamic thing; it needs to be reconstituted by the continual commitment of its citizens to upholding and defending it. The nation only exists because we all choose to act and think a certain way. Our national heritage requires maintenance; those involved with that maintenance deserve to feel proud.

In addition, there is a certain element of “living up” to your nation. Amongst its historical citizenry, Britain can count some of the greatest statesmen, philosophers, artists, scientists, and engineers of all time. Britain has a reputation to uphold. Being part of a group with such achievements means committing yourself to living up to that reputation. In this sense, pride in being British is similar to pride in playing for Manchester United or pride in being a fellow of the Royal Society.

In a country such as Britain, where the basic values include liberty and democracy, and the basic institutions include representative government and private property, national pride is an essentially “liberal” sentiment. Since Britain is a modern nation, pride in Britishness is in fact a commitment to upholding modernity. Those Britons who understand this and continue to reject national pride are the ones who eschew liberty and democracy. Sadly, there appear to be many such persons in Britain today.

Not Just a Lockdown but a Very British Lockdown – Part 2 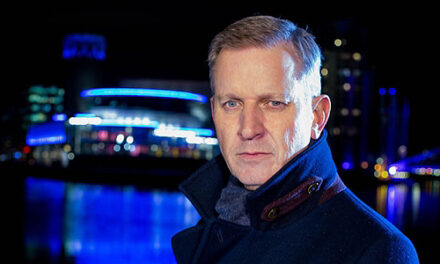 Why Christians should vote UKIP