An Invitation to Hustings in London 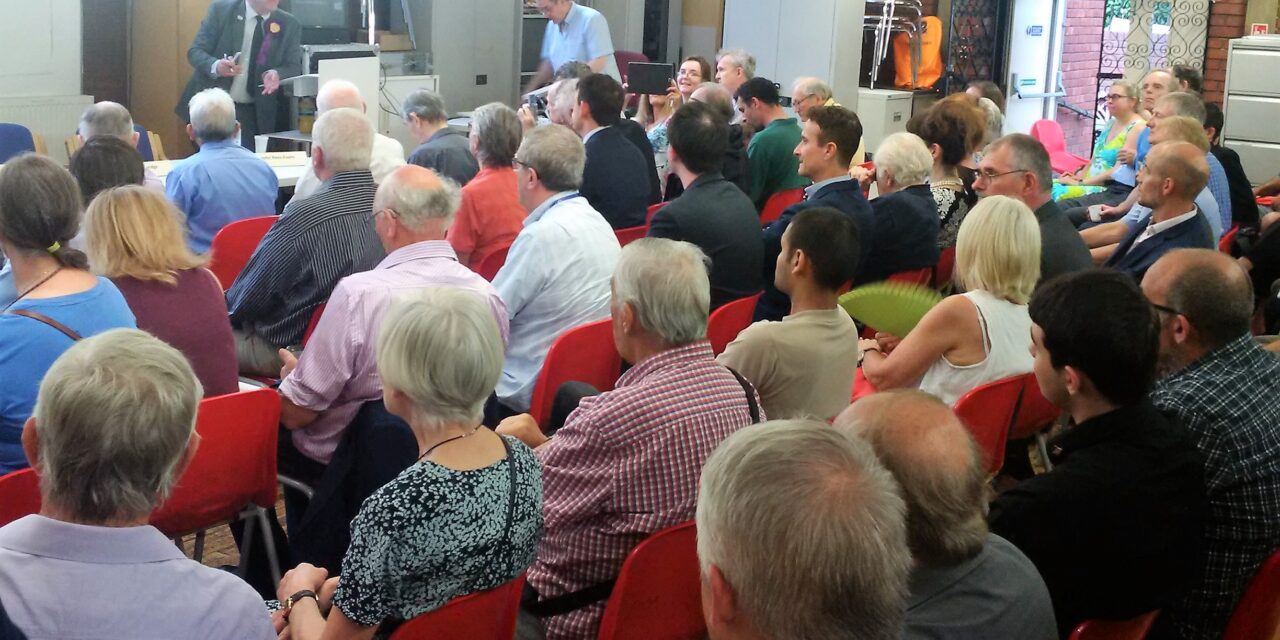 [Ed: we give this invitation such prominence because of the notes attached by the organiser, in the hope that other hustings organisers will feel encouraged to adopt them as well. Members deserve to hear from their candidates ‘in the wild’ rather than ‘tamed’.]

NOTE:  This event had provisionally been scheduled to take place exactly a week later.  But then, national hustings were announced to be held one day before our one, and in London too!  An undesirable coincidence.  Hence we rescheduled ours to August 29th (which booking we’d kept open just in case of such coincidences).

WHAT WILL BE SPECIAL ABOUT “OUR” ONE:  It should be even livelier than the Q&A session we held last month.  You can watch the videos here and here.

ACCESSIBILITY:  A mere three minutes walk from Old Street stn (Zone 1, Northern Line bank branch; also, National Rail) – emerge from the station and turn right.  The Centre is a little before the church with the spire; look for red-brown brick and the signs for Bartholomew Court or Vibast.  If you get to the Luke St. turning, you’ve gone a little too far.

Barbican, Moorgate & Liverpool Street stations are all within walking distance.

Free on-street parking is immediately outside from 7pm onwards (clearly signposted – it is a bus lane and there’s a yellow line, but you are OK to park there from 7:00pm until 7:00am the next morning, though we do think we’ll be finished a little before then).  The hall is on the ground floor and is wheelchair-friendly.

REFRESHMENTS: Some free refreshments may be available.

FORMAT: In the spirit of seeing how candidates perform “in the wild”, we will only announce this at the beginning of the event. The event will, as far as possible, be informal.  Brief self-introductions, then questions from the floor with vigorous and near instant “policing” to avoid speeches or waffle (on which I may be an expert) by any misguided questioner – or irrelevance or abuse.  It will be made clear in advance to potential questioners that if they can’t complete asking their question in 25 seconds (they should practice), they mustn’t even try to ask it, but instead write it down and pass it to the organisers.

Please start thinking up questions now.  The videos linked to above may give you some ideas…

Follow-up questions can be put from a panel or the audience, when needed, with discretion as to the order of candidates answering.

As there is no attempt to balance the audience, there will be no voting at the end.

It goes without saying that fairness and impartiality on the side of the organisers is to be expected.

ADMISSION:   Free  to UKIP members only (whether or not they are “London”) – no guests. If you aren’t yet a member, or have let your membership lapse – join or renew online right now.

You still have time (if you are signing up right now, print out the acknowledgement screen you will see when you make payment, and bring it with you to the event).

Bring ID with you to the venue prove your status, unless you know for sure we know you.

Non-UKIP members paying £1,200,000 at the door, in cash to UKIP London Regional funds, may well be admitted too, provided they are on the electoral roll and Money Laundering legislation is not breached. Used notes only – and we have a UV scanner.  For the humour-impaired: that was a joke.

CONDUCT:  We intend to organise video-recording of the event but – this is on private property – you may not make recordings yourself except by prior permission from the LRC Secretary or myself.  Your application and turning-up, whether as a participant or an audience-member, implies acceptance of these and other terms and conditions. 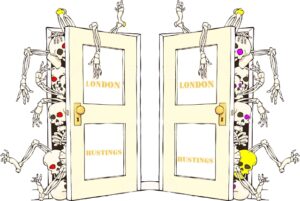 Attendees are not expected to attack, ridicule or embarrass one or more candidates. That does not mean incisive questions are prohibited.  Tumbling skeletons out of closets may be in order.

The line will have to be drawn using common sense.  There is discretion in exercising that common sense.  While doing so, I will bear in mind that our Party cannot suffer yet another short-lived Leadership. The recent sequence has been Nigel, including a 3-day blip while his post-GE2015 resignation was rejected, the Woolfe escapade, “18-day Diane” in Sep/Oct 2016, Nigel back (Acting), 193-day Paul N (could have been 88 days, IMO, but while he was pondering a snap General Election was announced), and now Steve (Interim) – before He/She who is yet to come.  Enough is enough.

Whatever needs to come out into the open and be discussed must happen before, not after, the election.  Our membership and our much wider support group (17.4 million by the last estimate) doesn’t want, and cannot be expected to suffer, more unpleasant exposés drip-fed by a hostile media, thanks all the same.

There have been calls to EMPTY-CHAIR any candidate failing to attend without good cause, or alternatively to install a substitute.  This matter is under consideration but I remain to be persuaded such drastic measures will be necessary.

I call for a positive and forward-looking contest.  The country’s (and Europe’s) need for a functional UKIP has never been greater.

I entreat the NEC not to disqualify any candidate unless the reasons for doing so are overwhelming and can stand up to the harshest scrutiny.  Instead, have faith in the electorate and the good judgement of our voters!

I also entreat the NEC to consider whether the “simple majority” per UKIP’s Constitution (it does not specify “First Past The Post”) actually rules out alternatives to FPTP.  It seems that, where there probably are so many candidates, a result where the winner may even lose his or her deposit and will lack a mandate is in the best interests of anyone besides LibLabConGroanRemoan and an MSM who’ll have a field day (“UKIP Leader elected with only 19.70%”?).

Finally, I entreat sensible candidates to talk among each other now, putting country and party first, rather than remonstrate among each other later with assorted “could have”s, “should have”s and “why didn’t we”s.  Candidates perceived by voters as being broadly similar will probably split the vote among themselves.  Bickering, name-calling, gossip-spreading and muckraking now (always done via familiars) is liable to bring about a result few, if any, among you want…  Hang together – or hang separately.

The wood and the trees 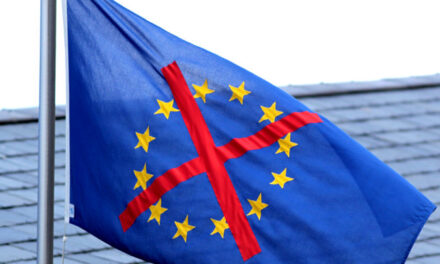 THE APPLICATION OF EU LAW TO UK LAW