Some dismiss Ukip with backhanded flattery in – ‘Job done, why are they needed any longer?’  – an insidious soundbite.
Ukip’s real job is to rid this nation of the LibLabCon, Greens and all assorted extremist politicians. These opinionated people are the true extremists but that viewpoint seems to have somehow been largely mislaid in the mists of time.
For several generations, the liberal elite has won most battles in the UK and yet, they do not represent society as a whole. They are merely a successful pressure group consisting of a shared, quasi-marxist, distorted philosophy of how society must develop.
Their thought processes are generally illogical and based heavily on non sequiturs. When exposed, inevitably it results in egregious abuse of those who point out the shortcomings of their flawed contentions. Our electorate has allowed them to set the agenda and we are forced to tread carefully lest we fall into one of their politically correct traps.
We need to learn to be more guileful than them. They endeavour to ensnare unwary Ukip supporters into making careless statements and regularly win disproportionate amounts of adverse publicity for the party by manipulating an already biased media. Their views have been cunningly purveyed over many decades. (My considered suspicions are that the roots of this thinking originated in the early years of the allegedly moderate Fabian Society.) They dominate higher education and have done so for over a century. In my forty year teaching career, they eased themselves into the mainstream school system with the 60s new left generation becoming firmly ensconced throughout the profession. Research published as I joined the teaching profession, way back in 1975, showed that more than 70% of teachers were right of centre.
I dread to think what those results would be today!
This negative influence on future generations looks set to solidify. The only positive is where we can see how many young people adopt a more common sense approach to life as they approach their 30s. For the less intelligent and the dwellers of cloud cuckoo land – especially many of those who go on to work in the public sector – these damaging early years can set opinions for life. At the same time, common sense solutions to the running of our society have been largely abandoned and the true political centre has, at the same time, disappeared.
The leftwing media hold sway and Leonard Schapiro’s maxim: “The true object of propaganda is neither to convince nor persuade, but rather to produce a uniform pattern of public utterance in which the first trace of unorthodox thought reveals itself as a jarring dissonance,”  has never been more apposite.
The metropolitan elite, from their leafy London suburbs, possess the very soul of all the traditional parties. Note how out of kilter the common sense of a Frank Field or of a Dan Hannan sounds – and reflect on Schapiro. These politicians and their fellow travellers are the enemy!
Ukip must learn to tread softly with voters at the same time as putting this generation of ne’er do wells under the hammer.

1) Expose the lies, the half truths and those areas of their thought which have become embedded into the consciousness of the population. In both newspaper letters columns and radio phone-ins, challenge the non sequiturs both quietly and authoritatively with matters you have researched – anticipating the hostile questions which will challenge you. NEVER proffer knee-jerk responses nor sound as if you are ranting. One unthinking member can lose the party a multitude of votes. Consider, as one example, the impossibility of being an integrated society and a multi-cultural one at the same time. So many will never have given this an ounce of thought. The more rational and logical you sound – the more we as a party impress.
2) Ukip must stop taking any stance on moral issues. Whether it be foxhunting or banning the burka, our position must always be to let the people decide. As many votes are lost on these issues as are gained.
3) We must be wholly ‘the party of democracy’.  ‘Populist’ is a positive word if used intelligently. Support Swiss-style referenda.
4) Ukip must take a very strong stance indeed on any issue where the liberal left will be the only real voice against us:
Being genuinely tough on criminals; expulsion of all illegals; punishing all tax evaders whether rich or poor; sacking unnecessary bureaucrats in public services;  employing more at the sharp end etc, etc.
5) We must ooze common sense, simple fairness and basic kindness.
6) Please, do challenge political correctness – but also recognise that if you do so crassly, votes are often lost and seldom won. This applies as much to elected members  as to grass-roots supporters.
Many Tories are potential Ukip voters but only fringe Lib Dems will consider giving us support.
The right has nobody else they can vote for.
Labour is our gargantuan, untapped resource.
I have lived amongst Labour voters all my life and know what makes the majority tick. I believe that a large proportion of this group are actually right-of-centre in their thought processes but they cannot abide Toryism, privilege and all that it entails.
Ukip’s pitch simply needs to be a sensible, non-Tory centre right.
If we cannot win with that, there is nothing else with which we can win. 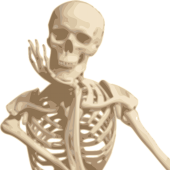 The importance of scrutiny

VIDEO: Nigel Farage says he may work with Boris Johnson for a leave vote

FROM BEHIND THE PAYWALL – on Varadkar and the Backstop