Letters to The Editor

The first is by UKIP member Pamela Preedy, who is also a prolific commentator on UKIP Daily articles:

Were you born in a free country? I’m afraid that if you were born after January 1973, you were not born in a free, independent country that made its own laws, fished its own waters and set its own food prices. January 1973 was the month and year that the Worst Prime Minister in British History (and there is much competition for that title), the Dishonourable Edward Heath, handed over our country to foreign rule because he was not up to the job of running it himself. And it’s clear that no Prime Minister since has felt up to the job of running our country, so eager have they been to sign one debilitating treaty after another, giving more and more power to the EU, enmeshing us deeper and deeper in its endless rules, regulations and dreaded Directives. David Cameron is the latest in that series of cowardly incompetents who have thought it OK to draw an ever-increasing salary for simply rubber-stamping laws decreed by unelected elite Commissioners behind closed doors in Brussels. These undemocratic laws are not in the interest of the British people, but in the interest of keeping the EU running smoothly and consolidating its power. We pay at least £55m a day for the privilege of being bossed around by Brussels, and then we are supposed to feel grateful when a fraction of our taxes are lobbed back at us to spend on strictly EU-approved projects. So desperate is Cameron to curry favour with the EUrocracy and ensure he receives some nice EU post and pension when he’s no longer the PM, that he’s resorted to bleating panicky phrases such as ‘leaving the EU will be a leap in the dark’ and ‘we’ll be isolated’. The silly boy ought to get a grip.

I was born in a free country and I remember it well: it was a self-governing Britain that had been a great independent nation for centuries.  No one could imagine it any other way, and I lived happily in that freedom for the first 26 years of my life. Then Heath snatched it away from all of us without a vote or a by-your-leave, handing it over to the say-so of countries that we had been fighting or liberating only a generation earlier, with much sacrifice of blood and treasure. Now we cannot even control our own borders or defend our own people from terrorists, criminals, marauders and exploiters; this is the darkness Heath forced us to leap into. No, leaving the EU is not a ‘leap in the dark’: it’s a return to light and freedom and what we used to be – a proud, independent, self-determining country in which our elected representatives made all the laws and no foreign powers ordered us around. We will be like the other 167 sovereign nations around the world, perfectly able to make our own decisions without the EU interfering in every aspect of our lives and making us grovel for concessions. No, leaving the EU will not ‘isolate us’: we have membership of NATO, the Commonwealth, the World Trade Organisation, and the UN. Our importance in the world will be enhanced when we are no longer merely a satellite country of a wannabe super-state with its own army to keep us in line. Do you know some of the words of “Rule Britannia!”? We may not rule the waves anymore, but it’s worth remembering the line, “Britons never, never, shall be slaves.”

Vote to LEAVE on 23rd June and return to the freedom that is your British birthright and heritage.

The next letter is by ‘moraymint’,  whose comments on articles in a certain British paper were always eagerly read and praised:

The European Union: In or Out

Councillor Allan Wright (Convener, Moray Council) appended his signature to a letter to the The Daily Telegraph earlier this week expressing support for Britain’s membership of a reformed European Union (EU). The fact that the EU is not open to reform seems to have slipped the notice of the signatories to the letter. If you’ve been spending time on another planet recently, you could be forgiven for having failed to notice that the EU is in economic, political and social meltdown.Economic growth in the EU is sclerotic: a fraction of the UK’s rate of growth. Youth unemployment in Eurozone countries is shockingly high, getting worse. The European political class is making all sorts of bully-boy threats against the UK in the face of a potential British exit (Brexit) from the EU. The EU itself is in a flat-spin over the migration crisis, with the Schengen Agreement (the free movement of people) in tatters and posing an existential threat to the whole ‘European Project’. The threat to the UK’s national security increases by the day, lacking as we do any meaningful control over our borders. By any standard, the EU is in an unholy mess of its own making. A union without a shred of democratic accountability was always going to be a fair weather arrangement. Now that the EU’s foundations are being shown for what they are, namely a massive political deceit, it’s no wonder that the Brussels mood music has become somewhat discordant lately. Meantime, here in the UK all the main political parties have sworn allegiance to the de facto European government, the European Commission. The European Commission is an unelected cabal of thousands of self-serving bureaucrats which imposes its laws on the UK and other EU countries from gin palaces in Brussels. Our British politicians think that this is a brilliant state of affairs and speak up enthusiastically in favour of the UK’s continued membership of the deceitful, undemocratic and dysfunctional shambles that I described above. The fact is that British politicians and, still less, the British people stand no chance whatsoever of reforming the EU for as long as the UK remains a signatory to the Treaty of Lisbon; it’s as simple as that. Our politicians are of the culture of the EU which is a culture of obfuscation and propaganda. So, brace yourself over the coming weeks and months for more and more evidence of our politicians’ blind love affair with Brussels. Bear in mind that if on the 23 June you vote for the UK to remain in the EU, you won’t be voting for some benign continuation of the status quo. A vote for the UK to remain in the European Union will be a vote expressly in favour of ‘ever closer union’ (the creation of a United States of Europe); you will be voting to be governed by unelected, foreign institutions that are about as familiar with freedom and democracy as was the USSR’s Politburo. And we all know what happened to the USSR in the end. It’s a crying shame that there’s not a single British political party, bar one, which will explain to us the depressingly harsh reality of membership of the European Union. It could be that our politicians have a lot to lose, of course.

Immigration: The Cameron and Merkel Show 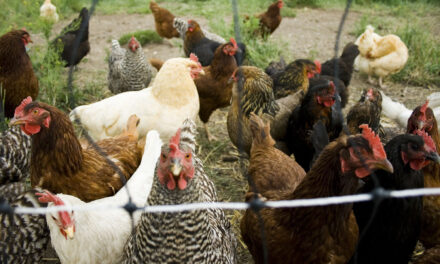