The infamous High Court decision is again subject of today’s letters. To set the tone, we kick off with this little poem by our contributor Sonya Jay Porter:

“Remember, Remember the Third of November

The Day that Democracy died.

Brexiteers will Remember for Ever and Ever

The Day that our Judges Lied.”

The next letter is by our reader Gerry Robinson and looks at the High Court decision as follows:

The news on Thursday that the High Court ruled that the Government cannot invoke Article 50 without a vote in Parliament looked, on the face of it, to be a huge blow to those of us who have been campaigning for Brexit for years. Bearing in mind the contempt in which our politicians, generally, seem to be held there are many out there on social and general media convinced that the largely Remain House of Commons, backed up by an almost entirely Remain House of Lords, will now cheerfully vote down Article 50 and all our work will have been for nothing. This skepticism is well deserved. From the MPs expense scandal of 2008/2009 which opened the public’s eyes to the venality of many of their elected members to the disgraced Keith Vaz being voted back into a position of considerable power and influence, Chair of the Justice Select Committee – politicians seem, as usual, very far removed from the people they were supposedly elected to serve. It’s often said that politics is a dirty business. It certainly is an incredibly convoluted one.

Those saying that the whole Brexit vote was effectively rigged from the start in the knowledge that an ‘advisory’ Referendum could easily be struck down later, need to take a deeper look at the complicated political machinations before taking to the streets as advocated, for example, by the fledgling Democratic Party. Let’s look at this this way: if this challenge had not come forward and Theresa May had used the Royal Prerogative to push through Article 50, (or if David Cameron had done so, as promised, on Friday 24th June), the door would then have been left open for a storm of legal challenges by the Remoaners, arguably, amazing though it may seem, eventually going to the European Court (!), whereas this decision now pins the issue down to a vote in Parliament. Now, as for those MPs, who none of us trust… If the Article 50 motion fails to pass, then the Conservative Party with its small majority (potentially reduced again by one with the resignation of the Sleaford & North Hykeham MP, Stephen Phillips), will tear itself apart in an earthquake that could make the convulsions experienced by the Lib-Dems, Labour and, yes, UKIP too, seem like minor earth tremors in comparison, as the anti-EU lobby makes the party unmanageable. The Government, having made it clear that it is their intention to invoke Article 50 by the end of March 2017, will have no option but to whip their MPs. Woe betide those in Brexit constituencies who absent themselves or even defy the whip.

Then there’s Labour. Would they dare to whip their MPs to oppose Article 50 and thus destroy the last shreds of their credibility with their working class base? It doesn’t seem likely, does it? It’s more or less a given that the Lib-Dem and SNP pro EU bloc will vote against the Government but with their paltry 62 seats in total – so what?

Instead of looking at yesterday’s decision in purely negative terms, perhaps we should look at it as a win/win and not take to the streets just yet. Because: either the Government, for the factors discussed above, win the vote, thus removing the legal blocking issue from the purview of the Remoaners once and for all, or they lose – leading almost inevitably to an early General Election in which UKIP, with an electorate fed up with their own MPs constantly acting against their clear wishes, can only gain seats. Providing that by that time we’ve pulled ourselves together as one coherent credible party under a new leader and with a new NEC, of course…

From a reader in the USA we received this reminder, quoting passages from a timeless document which bear on our situation:

There is a solution for this problem. A distinguished gentleman of obvious English descent wrote a document containing these words:

“When, in the course of human events, it becomes necessary for one people to dissolve the political bonds which have connected them with another, and to assume among the powers of the earth, the separate and equal station to which the laws of nature and of nature’s God entitle them, a decent respect to the opinions of mankind requires that they should declare the causes which impel them to the separation.

We hold these truths to be self-evident, that all men are created equal, that they are endowed by their Creator with certain unalienable rights, that among these are life, liberty and the pursuit of happiness. That to secure these rights, governments are instituted among men, deriving their just powers from the consent of the governed. That whenever any form of government becomes destructive to these ends, it is the right of the people to alter or to abolish it, and to institute new government, laying its foundation on such principles and organizing its powers in such form, as to them shall seem most likely to effect their safety and happiness. Prudence, indeed, will dictate that governments long established should not be changed for light and transient causes; and accordingly all experience hath shown that mankind are more disposed to suffer, while evils are sufferable, than to right themselves by abolishing the forms to which they are accustomed.’

You, being good and faithful British subjects of Her Majesty the Queen, will no doubt realize that even a short span of history (241 years) has not been enough time for freedom loving people to forget their need to be free and unencumbered by tyranny. Little doubt exists in my mind that you “get this.”

It is probably time for the British people (still located on the ‘island’) to once again, make it clear that they won’t stand for tyranny in any form and if that requires ‘resistance’ by the people, then that is what needs to occur.

Trade unions and the public sector

Who are these people? 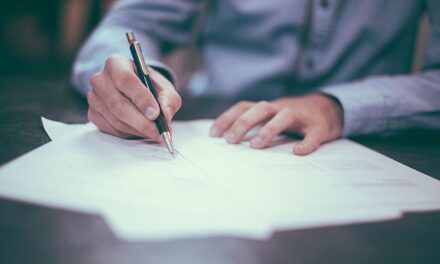