Today’s first letter comes from our correspondent Roger Arthur who asks some inconvenient questions of the CBI:

I am referring to Marcus Fysh’s report in the DT Business section yesterday.

Readers may recall the CBI saying that we must stay in a “reformed” EU. But as Mr Cameron found, the EU with its self amending treaty change, doesn’t do binding reform.

Might the CBI perhaps have been influenced by the funding received from the EU, where the UK taxpayer stumps up over £2 for every £1 handed out by the EU? Or might they like the wage compression which comes from open borders, or possibly the tax avoidance permitted by EU regulations?

We might also ask who is better placed to lobby in Brussels for protective regulations and to carry the compliance burden? That is almost certainly not the 5.7m SMEs which make up 99% of companies and which expose large companies to competition.

The CBI insisted once that we must join the Eurozone but they were wrong then and they are wrong now.

The next letter comes from our contributor Phillip Smith, addressing the ongoing disaster which is this government’s Brexit negotiations:

The negotiations seem to be going from one disaster to another as “Theresa the Appeaser” surrenders to the EU negotiators.  How different things would be if we only had a proper British Prime Minister running the show.

The first thing to question is why we are even negotiating with Michel Barnier?  Who is he? Who does he represent? Who elected him? He is an unelected official that has been appointed to the task by the European Commission, which itself is appointed and unelected.  We should have refused to even begin negotiations with him and demanded to negotiate with someone who is elected, and is responsible to an electorate. The person we should be negotiating with is Angela Merkel.  She has been the Queen-Bee of the EU for some time now, and Germany is also the paymaster of the EU. Without the input of good old Herr Taxpayer, the EU would not last very long. Most of the EU member states would fall in behind what Angela Merkel comes up with, as it is likely to be beneficial to them.  Angela Merkel would also have the German industrialists and trade unions breathing down her neck, encouraging her not to mess with the free trade with Britain or else she will pay the price at the ballot box. This would be a much better arrangement for us than trying to negotiate with someone who is trying to make things as difficult as possible, and doesn’t care how many people he puts out of work on either side of the Channel.

As for the Irish border, the best thing we can do is to just do nothing and leave things exactly as they are at the moment.  The amount of traffic across that border is miniscule compared with what crosses the Channel and it can be disregarded. If the EU decides to install customs posts on the southern side of the border, then the Taoiseach and the Dail will have to decide whether they are going to do what’s best for their own people, or be good little Europeans and jump through the hoops when the European Commission cracks the whip.  That could be interesting.

I can grudgingly see the logic behind adopting all current EU law into British law, but his should only be up to the day we leave, 29 March 2019.  My own personal view is to take all the European Laws, Regulations, and Directives and send them back to Brussels, attached to haemorrhoid suppositories so they know exactly what they can do with them, but that is just me.  I disagree completely with any sort of transition period, as this is just a ruse to keep us under the heel of the occupation for as long as possible.

However, we are where we are and we in UKIP are just spectators to the proceedings.  We must make sure that we are prepared to answer the people’s call when they realise that we have been betrayed by the current Parliament.

Finally, a brief note from our contributor Rob McWhirter:

This is to advise your readers that I have resigned as Overseas Regional Organiser, so that the party may be spared the complexity and hassle of complying with the General Data Protection Regulation (GDPR) in Switzerland in parallel with the UK. 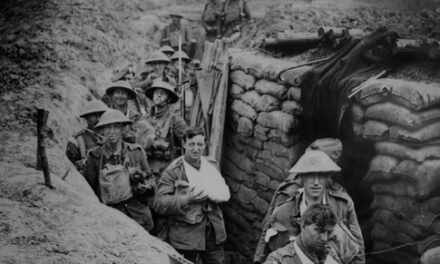