UKIP councillor Robin Hunter-Clarke and chairman of Boston & Skegness has said the closing of Boston’s Pilgrim Hospital A&E department as part of a proposed shake up was not rejected by Conservative councillor Christine Talbot, chairman of Health Scrutiny Committee for Lincolnshire, after the matter was raised with her.  Skegness Town Council first raised this issue in a motion last month seeking for reassurance that this was not going to happen. Cllr Hunter-Clarke was asked to find out and the response has been ‘less than satisfactory and very worrying indeed’.

Despite years of record waste and a boom in outsourcing in the NHS, the Conservatives have ruled out supporting Pilgrim hospital’s A&E despite evidence from Newark that has show death rates have skyrocketed following the loss of its A&E back in 2011.

Data from the Nuffield foundation show the distance from home to A&E in much of Lincolnshire is above the national average, and that in South Holland more than three quarters of people live more than 12 miles from their nearest A&E.

Cllr. Hunter-Clarke said: “People in Lincolnshire know they’ve had a raw deal from the emergency services for years and even considering closing Boston’s A&E is a kick in the teeth for a huge number of people.”

Learning from the experience of local and national paramedics and doctors Cllr. Hunter Clarke is calling for a special ambulance trust to cover all people living more than 12 miles from their A&E.

“Paramedic practitioners are used elsewhere to assess on the doorstep which means ambulances and staff are freed up for really ill patients.  A&E doctors in minor injuries units could see and treat less urgent cases.  We should base many more ambulances in rural areas to focus getting those isolated patients to A&E rapidly, with no stopping on the return.

“By cutting out the long waits for ambulances to respond and having doorstep triaging, we can make sure the most isolated patients receive care as urgently as those in city centres.  Cutting existing A&Es is proving a disaster; common sense says we need to think and act locally.” 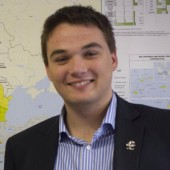 Leave out the march