Stephen Place’s October article ‘UKIP Can Save The High Street’ inspired me to re-watch McCabe and Mrs Miller: I remembered it had something to say about big business killing off small business, in this case with guns, Western-style. In fact, director Robert Altman called his 1971 film an anti-Western; either way it was a spot-on watch in the week that saw the shutdown of the free speech platform Gab.

What makes an anti-Western? To begin with, there’s not a boulder or a cactus in sight. John McCabe rides into an embryo mountain town sodden with slushy snow. Establishing shots consist of puddles, tired-looking horses, anonymous people, piles of mud. Plank bridges cross frozen rivulets. Timber frames, as the film progresses, emerge from confusion to become the town’s new buildings. Like the internet, the place is on the frontiers of civilisation and no one is fully in charge yet. Things are still up for grabs, or seem to be.

McCabe quickly establishes himself, thanks to the effect of his huge fur coat and smart brown derby hat in a town full of scruffy miners, or thanks, perhaps, to whispers of a gunfighting past. He buys land, builds a bar, brings in some whores. Enter Mrs Miller, a madam from Seattle who talks McCabe into setting up a ‘decent’ establishment, with music and a bathhouse, that will earn them big money.

The whorehouse brings music, laughter, cleanliness to the town. A man is killed over a whorish comment to his wife while the drooping preacher looks on, defeated. Sinful and saved swap roles: it is the whores who sing hymns over the dead man’s grave, while the bright wooden church with its newly erected steeple is revealed to be full of lumber, unused. At a critical moment the preacher refuses McCabe sanctuary.

I tried to make moral conclusions out of all this, but the film won’t commit to any, and its reluctance to draw any clear outlines is, finally, a weakness. Camera shots are ambiguous; little effort is made to distinguish one timber interior from another; dialogue is mumbled; motivations and histories are sketchy. The film is too sophisticated to allow anything as uplifting as ‘goodies and baddies’; instead we have flawed people shuffling about in the snow trying to make money. Filling the soundtrack with Leonard Cohen songs makes the film terribly bleak. Which it is. It’s an anti-Western.

Things turn nasty for McCabe when agents from the Harrison Shaughnessy mining company – aka the respectable world – come to town. They want to buy him out. He refuses, so naturally they send the equally fur-clad, thrillingly chilling Butler to hunt him down and kill him.

What has this got to do with the fact that Gab was forced to shut down following the tragic Pittsburgh synagogue shooting which left 11 dead and six injured? The alleged shooter had posted anti-Semitic material on Gab, and naturally the site was dropped by its domain registrar. But why naturally? Was the alleged killer’s telephone company shut down, or his email provider, or the US mail? All potentially provided means for him to spread his anti-Semitic views to others.

Social media companies may be viewed as publishers, accepting responsibility for their customers’ content, or simply as platforms with no liability for what is posted. While the lines between the two are still blurred, enterprises such as Gab which promote free speech can be tarred with the brush of extremism and murder. It doesn’t hurt the Harrison Shaughnessys of the internet that they should be.

Both McCabe and Mrs Miller and the Gab website suffer from a profusion of prostitutes. Most Westerns field a lively bunch of saloon girls, and you can’t go far on the internet without tripping over ladies offering services in the sexual department, but, in their different ways, website and film overdo it. I wish ‘Lili’, ‘Cherri’ and ‘Suzi’ didn’t keep following me on Gab: such junk may be the price of no censorship, but it makes the place feel gutterish. And the film, by taking the whorehouse as its central metaphor, stresses the essential seediness of society. Despite some beauty, some moments of kindness and some really effective snow, McCabe and Mrs Miller resigns itself to the fact that all endeavour boils – or perhaps melts – down to a selling of either body or soul in a dog-eat-dog world.

There is a flicker of romance between Mrs Miller and McCabe, but it doesn’t flourish. There are no happy endings here, though McCabe does land a bullet between the eyes of his killer before he bleeds to death in a snowdrift. I prefer the optimistic fantasy-realism of a John Ford Western, or, on a grey day when it looks like snow, you can’t beat the soapy heroism of Rio Bravo. The world may be a bleak place, but I prefer to tell myself it is not without hope. After all, Gab has found a new domain registrar and promises to keep on fighting. 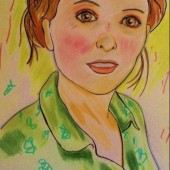 Has Ancestry.co.uk ​been nobbled?