MEPless and what to do about the NEC? – Part II

Ed~This is the second part of a two-part article. The first part was published on Wednesday and can be found here on UKIPDaily.

I propose that any party officer working on areas covered by NEC functions report to the NEC member concerned, not the party chairmen or the leader. In this way, the NEC would evolve into something more like a board of directors able to lead in the realm of action thereby freeing the leader to focus on whatever he deems most important and insulate him from having to do any particular thing.

This freeing of the resource could apply also to the chairman. The chairman would still be responsible for human resources and administration, but beyond that could focus on looking after the existing membership (while the NEC membership member focused on growing the membership) and on candidate selection. In such a more specialized and less burdensome role, I think it would be appropriate for the chairman to continue to be an appointee of the leader and to continue to have only a tie-breaking vote on the NEC.

If the party wants to increase the power of the leader relative to the NEC one way to do it would be to make additional NEC members appointees. This would weaken the NEC’s role as an oversight body but could be compatible with a move toward more functional duties. A bigger change either instead of or as well as more appointees would be to remove the NEC’s power to veto part or all of the manifesto. More extremely the NEC could lose its power to vote no confidence and call an E.G.M.

Conversely, if the party wants to increase the power of the NEC relative to the leader one way to do it would be to make certain spokesmen NEC (or even general membership) appointees. This would weaken the leader’s role in setting policy but could be compatible with a move toward a more participative democracy. A further change could be to allow the Chiefs of Staff to initiate manifesto entries with the leader (and his spokesmen) having only the power to veto. More extremely, the NEC could be given the power to remove a leader without needing to call an E.G.M.

Another matter worth consideration would be to give branch chairmen greater power. I certainly want to see 10% of party membership fees redirected to branches. Perhaps one way to achieve greater power for party chairman would be to have branch chairmen only elect the membership member on the NEC. I think giving chairs a more exclusive influence over a small but appropriate part of the NEC could work.

So long as spokespersons are appointed by the leader instead of elected by the members (or by the NEC), I think the structure I propose, by involving half the NEC in policy writing, would tend to bind the NEC and the party (leader’s) chosen line together. At the same time giving members a more direct influence on the party by potentially knowing more precisely who is standing for what on the NEC.

The focus of this article is narrow and practical and is on how to improve the NEC, the leadership in the face of the loss of MEPs, and the spokesmen. I explicitly separate these practical matters from the potential confusion of raising them as part of a deeper debate about the balance of executive and non-executive power in the party.

In addition to investing £200,000 per year more in the spokespeople and NEC members, I also favour providing the leader with money of an amount to be a percentage of the party’s net income, (since the party does not publish net income figures, , I will have to express my view in less adaptable terms in pounds sterling).

I am not proposing to make any of the proposed £200,000 of spending on the NEC and spokespeople actual until after the party’s gross income has been raised by at least that £200,000 amount.

Mr Farage was never formally remunerated because there was no money in the pot. By the same token I support there being no money provided to the leader until the leader has brought more money in, as Mr Farage did, or fought an election on the basis of an exact amount of self-remuneration proposed. But once a leader has brought at least £200,000 + £25,000 extra income into the party I do propose that we provide the leader with expenses of £20,000 per annum and an honorarium of £5,000 per annum or the equivalent expressed (to give the leader an incentive to raise said income) as a percentage of party net income.

Mr Bolton has raised the party’s gross income slightly in his first four months but will, at the present rate, probably go on to preside over a serious drop in income if he remains in place for a further eight. In so far as information is available to me (by which I mean ignoring donations), I can say that the projected drop in gross income under Mr Bolton is going to be considerable (circa 10%) at the present rate by the end of month 12. This is primarily because membership is falling (in so far as I have been able to determine) at an annualized rate of circa 23%. Nonetheless, this has not stopped Mr Bolton persuading the party to pay expenses at an annualized £40,000 per year (perhaps plus flat rental).

I would not mind the party officers electing to support Henry, as they have constitutional authority to do, to the tune of £40,000 per year (or, even, £400,000 per year), regardless of any campaign promises he did or did not make (he just said he could not afford to take the job of leader for which he was seeking election), once such remuneration had been earned. I am all for performance-based pay, after the event.

Mr. Bolton’s£40,000+ would not even be mentioned by me if he were scoring successes in the party’s financial position. Perhaps he is in the matter of donors. But in fees from members and member numbers he is not on course to do so. Matters would be worse if he had not raised the membership fee from £30 to £35. But this sound move was, at Henry’s own insistence I understand from Kipper Central, implemented in the teeth of Henry’s opposition.

Henry describes the NEC as inherently flawed but he has not attended to practical ways to reform the NEC. He announced that a new conception is on the way. If so I am very disappointed it is not already published well ahead of the Extraordinary General Meeting.

More straightforwardly, Henry has failed to win over the members of the NEC. This is a matter of character. Of theirs and his. As to his character, we have more than every single member of the NEC as evidence against. We also have the high percentage of people he appointed to spokesman who chose not to stand by him as soon as the going got rough. David Allen, who has stood by him, writes of a witch-hunt against Henry. Knowing some of the NEC members as I do, I believe that David’s claim cannot describe them all.

On the matter of the NEC, let us reform it in the way I have suggested to prepare us for a future without MEPs.

On the measurable area of party economics, in so far as a reasonable person can assess, Henry could easily have done twice as badly. This is not good enough. 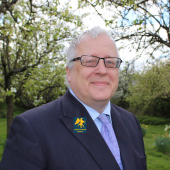 THE NEC AND BOLTON

Our Fight – Our Message – Our Cause