At their peak in 1964 there were 1298 Grammar schools in the UK. Today there are just 164. Most Labour and Lib Dem MPs would like to see them banished altogether and the Tories prefer to pursue their flawed free school agenda rather than return to a selective school system that worked. Yet we know from conversations on the doorstep that what parents actually want, and indeed what young people want, is the chance to go to a Grammar school.

Getting your child into a good school in Merton is nigh on impossible unless you’re Catholic or can pay for the privilege. Merton sits just below the national average on GSCE results and frankly it’s only thanks to the exemplary performance of two private schools that we’re even that high up the rankings. Back when I was looking for a secondary school for my own daughter the situation was far, far worse.

I was a single mother, living on an average income in a poor part of the borough. As a churchgoer, I’d got her into an excellent Primary School in a wealthier part of town and she’d had a great start to her education. The ‘best’ state secondary school in Merton was poor but I applied anyway – what other choice did I have? To my utter horror, she was rejected. We lived too far away. Merton Council wanted to send her to a nearby comprehensive which ranked almost right at the bottom of the national league tables. It was so bad that at one point an ex-army man was called in to instill discipline and control.

I’d put her in for Grammar school entrance exams in neighbouring boroughs but, with only a handful of places available for non-residents, that came to nothing. She had passed the test for Croydon High, a private GDST school, my last ditch stand back-up option, so I was looking into re-mortgaging the house – and even downsizing – when news came she’d got a place at Christ’s Hospital school in West Sussex. Christ’s Hospital is an academic school taking bright children from all walks of life, irrespective of their ability to pay. It does precisely what we should have Grammar schools in every borough or county doing up and down the country so anyone, anywhere can apply.

Meanwhile, I understand 50% of students who currently pass Grammar exams don’t get a place, such is the shortage in supply. Our children are missing out as a result.

My friends and colleagues who went to Grammar School speak about the positive ethos, about how they were encouraged to aspire to be the best they can. They talk about how their education gave them the confidence to achieve and how it created opportunities for them. This couldn’t be any more different than my own Comprehensive education. There the prevailing ethos was most tangibly obvious in our first Careers’ lesson, when the teacher asked us to think of what we wanted to do but it had to be something ‘sensible.’ When my best friend announced she wanted to be a Barrister you could just feel the teachers thinking ‘no chance!’ Yes, she achieved her aim but perhaps in spite of, not because of her secondary education?

Now, most parents here are in the same situation as I was with my own daughter; they look at poorly performing schools and want better and more choice. Demand for a Grammar school we’ve noticed is especially high among ethnic groups who have strong aspirations for their children. So, at the next Full Council meeting we will ask Council to explore whether our neighbouring Grammar Academies in Kingston and Sutton will work with us to open a satellite school in Merton. This is the only legal route open to us because the Government forbids the opening of any new Grammar school in areas which do not already have them, despite 66% of Conservative voters being in favour of them, according to a YouGov poll in June this year. We’re also asking for a public consultation on whether Merton should have Grammar schools for girls and boys, and for Council to formally ask the Secretary of State for Education to reconsider his opposition to new Grammar Schools.

All three of Merton’s UKIP Councillors think it is wrong that bright students whose parents can’t afford to send them to fee-paying schools or buy houses close to good schools are disadvantaged. The current Comprehensive system amounts to little more than selection by house price. Who on earth could think that is preferable to selection by ability? If we are truly to foster a more egalitarian society, then we need to offer pupils from all classes, backgrounds and areas the opportunity to access high standards of education and increase their life chances and potential for success.

Grammar schools were a great way of fostering social mobility and it’s time we brought them back.

Suzanne Evans is Leader of the UKIP Group in the London Borough of Merton, and a UKIP PPC.

Anyone who lives, works or studies in Merton can sign the petition for a new Grammar School at www.merton.gov.uk/petitions 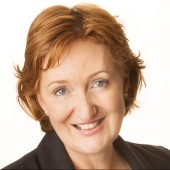