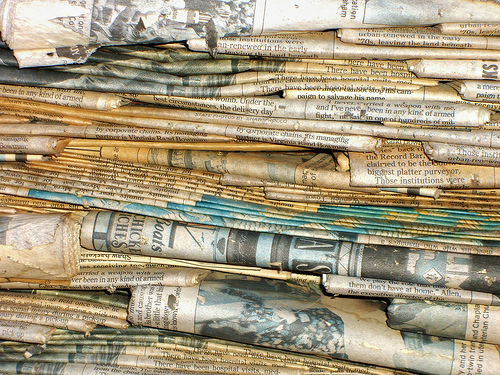 The Times reports that Boris Johnson has appealed for the final two million people who are over 70 or work in healthcare and who have not yet been vaccinated to come forward, warning that leaving large numbers unprotected could delay the easing of lockdown. GPs are being urged to make personal calls to all their older patients who have not had the jab, while roving teams will seek out care home staff who have been missed. The prime minister made a plea directly to social care workers to arrange an appointment amid fears they were more reluctant or had been missed because of shift patterns.

The Mirror reports that after days of conflicting messages from ministers, the Prime  Boris  Johnson said it was just too early to say if people can book breaks in the UK or abroad. But he told the Mirror’s Mikey Smith he hoped to give more of an update in the week of February 22, when he will unveil a roadmap for easing England’s lockdown.

From the Independent: the EU has rejected the UK government’s calls to redraw the Brexit deal’s Northern Ireland protocol, as a senior European Commission official said it was the only way to protect the Good Friday Agreement. A letter from the European Commission’s vice-president, Marcos Sefcovic, inflamed tensions on the eve of his meeting with Cabinet Office minister Michael Gove on Thursday in London. Mr Sefcovic expressed concerns over “teething problems” over the implementation of the protocol in the letter to Mr Gove on Wednesday, but added that it was now “our mutually agreed legal obligation”. The EU briefly triggered Article 16 during a row over Covid-19 vaccines, before quickly withdrawing. Unionists in Northern Ireland have since called for it to be ditched. The protocol was designed to prevent a hard border with Ireland but has resulted in additional checks for goods crossing from Great Britain into Northern Ireland, which led to empty supermarket shelves and disruption at the border last month.

The Daily Star reports that Donald and Melanie Trump could face eviction from their Mar-a-Lago home in Florida. Officials at the Palm Beach site are said to be considering a bid by neighbours to remove them. The couple moved to the luxury resort after leaving the White House in January. But residents have complained the former US President is not legally entitled to live there because of an agreement from 1993. The agreement turned the site from a private residence into a members’ club.Neighbours say it prohibits him from living there for more than three times a year for up to a week each time.

The Times writes: Donald Trump was said to be angered and surprised by his lawyers lacklustre performance as the Senate voted for his impeachment trial to go ahead after being warned that rejecting it would create a January exception absolving presidents in their final weeks in office. Only six of the 50 Republicans joined Democrats in rejecting Trump’s case that he should not be tried as a private citizen for inciting insurrection when his supporters stormed the Capitol last month while he was still president. The 100 senators sitting as the jury voted by 56 to 44 to pursue the first trial of an ex-president after Democrats argued that refusing to prosecute Trump would be dangerous for America and a block on accountability and unity.

From the Guardian: The government has been criticised for spending up to £600,000 defending a legal challenge against its award of a contract to a company run by long-term associates of Michael Gove and Dominic Cummings. The estimated costs could exceed the £550,000 the government spent on the contract with the company, Public First, to conduct focus groups on its Covid-19 messaging. Public First is a policy and research company run by James Frayne and Rachel Wolf, a married couple who have both previously worked with Gove, the Cabinet Office minister, and Cummings, who was the prime minister’s chief adviser when the contract was agreed last March. The contract was not put out to competitive tender under emergency regulations that waived normal procurement procedures due to the pandemic. The Good Law Project  (GLP), a not-for-profit organisation that raises money through crowdfunding to question the legality of some government conduct, issued a judicial review challenge last summer, having claimed there was “apparent bias” in the award of the contract and that competitive tendering should not have been waived.

The Guardian reports that Downing Street has defended the use of a taxpayer-funded photographer to take pictures of the prime minister’s dog, Dilyn, frolicking in the snow, saying their role is to document the work of the government. A series of photos of Dilyn appeared on No 10’s Flickr account, alongside pictures of Priti Patel visiting a vaccination centre and Boris Johnson preparing for prime minister’s questions. Asked whether taking snaps of the dog was an appropriate use of taxpayers’ money, the prime minister’s spokesperson said “These photographers document the work of the government, as well as the work inside No 10.” He added that the photographer was a cross-government resource who would support other government departments in their work, and other cabinet ministers and ministers in the work they’re undertaking.

The London Evening Standard reports that the EU commission president Ursula van derLeyden faced a battle on two fronts today as new rules blocking UK fresh shellfish exports came under attack from a French MEP and Environment Secretary George Eustace. Mr Eustice branded an unexpected decision by the EU to impose barriers on live farmed shellfish that MPs suspect were designed to target the UK industry as indefensible. Meanwhile, Pierre Karleskind, chairman of European parliament’s committee on fisheries, told BBC’s Today show: “UK waters did not become dirty on December 31 at midnight… so this really does not add any sense.”

The Telegraph reports: French fishermen could face lengthy delays before gaining access to the UK’s fishing waters under retaliatory measures being discussed if Brussels refuses to cave on its live shellfish ban. In a bid to force an EU climb down over indefensible trade barriers to British fishermen, it is understood that the granting of new licences for vessels hoping to fish in the UK’s six to 12 mile nautical zone could be slowed down. The UK has already issued licences beyond the 12-mile range but applications for those inside are still being processed, suggesting the row could backfire on the European Commission and France, which is suspected of fuelling it. It came as Lord Frost, Boris Johnson’s chief Brexit negotiator, on Tuesday urged Brussels to adopt a different spirit in its relations with Britain, as he warned the bloc was struggling to adapt to a “genuinely independent actor in their neighbourhood”.

CALL FOR SNP REVOLT AGAINST LEADERSHIP

From the Express: An SNP grandee has called for a revolt to be launched against the current SNP leadership amid rising internal tensions. Jim Sillars, former deputy leader of the SNP said there needed to be a change in the Scottish nationalists’ leadership as soon as possible. It comes as the nationalists have been battling each other on the issues of an independence strategy, trans rights and the ongoing inquiry involving former First Minister Alex Salmond.

The Daily Mail reports: Beer giant Heineken is to slash 8,000 jobs globally after sales plunged sharply following the closure of pubs and bars during the pandemic. The Dutch brewer said it will cut almost 10 percent of its 85,000 staff as part of its efforts to save two billion euro (£1.75 billion) over the next two years. It said the restructuring of its head office, regional offices and local operations will lead to a one-off cost of around 420 million euro or £368 million. Chief executive Dolf van den Brink, who joined the brewer in April, announced the major shake-up as the Amstel and Birra Moretti brewer swung to a loss for 2020 due to coronavirus. The world’s second largest brewer reported a net loss of £178.7 million, compared with a £1.9 billion profit in the previous year.

Also from the Daily Mail: sales of beer in pubs more than halved last year and have fallen to the lowest level since the 1920s amid trading restrictions and lockdowns, the British Beer and Pub Association has revealed. With pubs, bars, restaurants and nightclubs shut up and down the country, nearly £8billion worth of beer sales were lost in the past 12 months. The BBPA is calling on the Government to provide the sector with a firm reopening date, as thousands of businesses and jobs remain at risk. Having examined key data about where and how Covid-19 appears to be spreading, the BBPA said trading restrictions imposed on the hospitality sector could not be justified, even before the rollout of vaccines. In the second quarter of last year, pub and on-trade beer sales plummeted by 96 per cent, and even with the Eat Out to Help Out scheme in the summer, sales remained down over a quarter. Pub beer sales were 77 percent lower in the final three months of last year compared with 2019, as pubs were closed under various tier systems and an English national lockdown in November.

From The Times: Tory MPs have turned on Matt Hancock over utterly ridiculous plans to impose  ten year jail sentences for travellers who lie about where they have come from. Tory backbenchers have highlighted the fact that the sentence for lying on a passenger information form is higher than many other serious crimes, including racially-aggravated assault, violent disorder, possession of a firearm or attempted rape of a child. Because the government is using existing legislation MPs will be unable to vote.

From The SUN: A driver was left shocked when he learnt the proper use for a slot on his car petrol cap. Justin, who posts on TikTok, revealed the mind-boggling discovery about the fuel cap he once thought was useless. In the clip, he shows himself removing the fuel cap from his car, as if he was going to fill it up with petrol. He then points to a ‘slot’ on the fuel door and hangs the cap on it. And in a voiceover he says: “38 years on this earth and I just learnt this.”