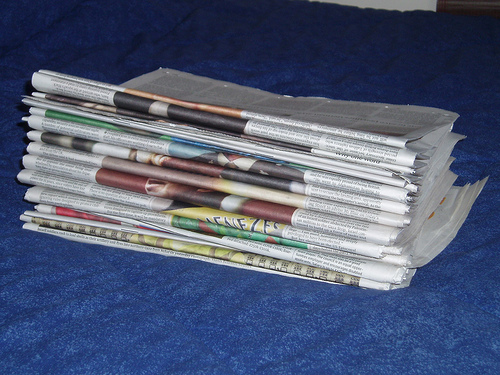 The Telegraph reports that Treasury officials are drawing up plans for a pensions tax raid in the autumn to help pay for heightened public spending during the Covid pandemic. Three different reforms to the way in which pension contributions are taxed are being considered amid pressure on the public finances, according to well-placed Whitehall sources. One of the ideas being examined is reducing the pensions lifetime allowance from a little above £1 million to £800,000 or £900,000, lowering the point above which extra tax charges kick in. Another would see individuals contributing to pensions getting the same rate of tax relief, meaning higher-rate taxpayers lose out, while a third is new taxation on employer contributions. “Our job is to keep people out of poverty, not to enrich the middle classes,” said a senior government source familiar with the proposals, which are still at the exploratory stage. Downing Street and the Treasury are locked in debate about how to pay for the public spending spike seen as the Government moved to prop up the economy during the pandemic. Rishi Sunak, the Chancellor, who sees himself as a low tax Tory, has vowed to try to rebalance the public finances and officials see pensions tax changes as one way to help achieve that.

£200 MILLION FROM THE DEFENSE BUDGET TO FUND NEW UK FLAGSHIP

From the Telegraph: The £200 million successor to the royal yacht Britannia will be paid for from the defence budget and share crews with naval frigates, Ben Wallace has insisted, saying reports of a Whitehall funding row were “fiction”  Mr Wallace said he had already appointed a project team to work up the plans for a replacement and “will have the funding to develop and deliver a UK national flagship”. Boris Johnson, the Prime Minister, announced plans for a new national flagship to give British businesses a new global platform to win trade deals at the end of last month.

HS2 COSTS HAVE RISEN DURING PANDEMIC

The Times reports on the rising costs of the HS2 project .  The cost of the HS2 high-speed railway line has risen by another £1.7 billion over the past year as the pandemic and social distancing measures forced delays and reduced productivity on Britain’s biggest infrastructure project.  The costs associated with the first phase of the high-speed link between London and Birmingham have increased by as much as £800 million, sources close to the project told the Financial Times.

The Times reports: Social care staff need a pay rise and the system needs more money as well as a cap on care costs, the architect of Boris Johnson’s preferred plan has urged. Sir Andrew Dilnot said that social care reform needed “three separate things”, with a total cost of about £10 billion, to fix a system that “we should all be ashamed of”, in a plea likely to add to Rishi Sunak’s concern about the cost of reform.The prime minister is keen to implement Dilnot’s plan for a cap on care costs, which would mean that no one has to contribute more than about £50,000 towards their own care.

The Guardian reports: Last week the chancellor, Rishi Sunak, claimed in a TV interview that the government cash being spent to keep the economy running during the pandemic was not his money to spend but the viewers’ money. The subtext was that Covid-19 bills would have to be paid for. Mr Sunak was channelling his inner Margaret Thatcher, who in 1983 told her party conference that there is “no such thing as public money; there is only taxpayers’ money”. It is rhetoric frequently used by those who wish to suggest that the government faces the same budget constraints as a household. It is also economically illiterate. The UK is not going to run out of money. The Bank of England is financing Covid spending by buying up huge amounts of Treasury debt under quantitative easing. Lord Turner of Ecchinswell, a former City regulator, told peers earlier this year that QE “is lubricating a fiscal expansion and making it easy for the government to run large fiscal deficits without the danger of setting a rise in interest rates”. The Treasury remains committed to balancing the books in mean-spirited ways: whether it is paying nurses a miserly 1% extra or cutting aid to the poverty-stricken parts of the globe. However demotic the slogans used by Mr Johnson, his words all too often betray the party’s real instincts. While Mr Sunak won’t find the cash to pay for catch-up lessons, his boss praises rich parents who buy private tuition because they “work hard”.

NOW THE HUMAN COST OF  THE COVID LOCKDOWN

The Sun reports: NHS waiting lists may still double as millions of Brits who delayed seeking help during the Covid crisis finally come forward. More than 1.5 million operations were cancelled or postponed during 2020, but that is expected to rise to a whopping 2.5 million by the end of 2021. Hospitals are being told to brace for up to 12.2 million people in need of elective procedures which include hip, knee and eye operations. And for the first time since records began, patients are waiting more than two years for hospital treatment. Research suggests a further 2.4 million operations will have been cancelled by the end of 2021. The British Heart Foundation says 230,278 people in the UK are waiting for invasive heart procedures and heart operations. Around 3 million people missed out on cancer screenings during the pandemic.

The Daily Mail reports that the Government’s chief scientific adviser is to lead a new taskforce that will seek to apply the success of the UK’s vaccine roll-out to help beat cancer and climate change. Sir Patrick Vallance will head a new National Science and Technology Council tasked with ensuring the UK’s innovations are used for the benefit of the nation. Boris Johnson said that the ‘miraculous’ development of the Oxford AstraZeneca vaccine in the UK almost did not happen at all and said the nation had to have a renewed focus on science. The new group will be chaired by the Prime Minister and will be asked to review which prospective technologies the nation focuses on. ‘It is a wretched fact that British firms are investing a fraction of the OECD average on research; and though the speed of the discovery of Oxford AstraZeneca was little short of miraculous, it was also something of a miracle that it took place here at all.’

The Express reports that Prime Minister Boris Johnson’s sister, Rachel Johnson, has made fun of GB News’s viewers on Good Morning Britain this week. On Monday, the author and journalist described the channel’s audience as “wingnuts” for supposedly wanting to bring an end to the coronavirus lockdown restrictions. Ms Johnson was asked if she was ever in favour of lockdowns. She replied: “Look I don’t want to come across as a mad GB News wingnut.” Ms Johnson was a member of the Conservative Party from 2008 to 2011, but later joined the Liberal Democrats in the run up to the 2017 general election because of Conservative support for Brexit.

The Daily Mail reports that Britain’s daily coronavirus cases have risen by another third in a week, official figures revealed today after Boris Johnson warned more lockdowns could still be on the cards this winter. Department of Health bosses recorded 10,633 positive tests in the last 24 hours — up 37.3 per cent on last Monday’s count — with the national uptick in cases fuelled by the highly-transmissible Indian variant, which MailOnline today confirmed was now dominant in more than 300 areas of England. Despite cases steadily increasing since mid-May, the number of people dying from the disease has stayed relatively flat, in a key sign the vaccines have broken the link between infections and fatalities. Five victims were added to the official toll today, compared to three last week. But hospital admissions — which also lag weeks behind any spike in positive tests because of how long it takes for infected patients to become severely ill — have risen by another 20 per cent in the space of a week. The data came as the Prime Minister poured cold water on the prospect of easing the remaining coronavirus rules early, as he refused to rule out future lockdowns and warned the nation should brace for a ‘rough winter’.

The Evening Standard reports that three police officers were injured and 14 people arrested at an anti-lockdown protest outside Downing Street as activists celebrated their own “Freedom Day”. Hundreds of anti-lockdown protesters lined the streets of Whitehall on what was supposed to be the day the nation moved to stage four of Boris Johnson’s roadmap out of lockdown, before the Prime Minister moved the date back to July 19 amid growing fears around the Delta variant. Activists booed MPs driving into the Houses of Parliament and chanted “Get Boris out” and “No more lockdown” outside Downing Street. Scuffles ensued with police making 14 arrests. The force added that three officers were injured in the protests but not seriously.

The Evening Standard reports that the  Royal Mail is rolling out a new uniform for postmen and women in the first change in a decade.The new-look uniform, which includes walking trousers and shorts, tops, jackets, gilets and headwear, has been based on the feedback of postmen and postwomen across the UK. The uniform has been created to reflect the physical demands of the daily round including the increase in parcel deliveries. It has been designed by a team of experts in design, fabrics and product development, who collaborated with a leading industry expert in biomechanics. A Royal Mail spokesman said: “We worked closely with our people to come up with these designs which are poised to help them in their highly physical jobs while reflecting the shift towards more parcels.” 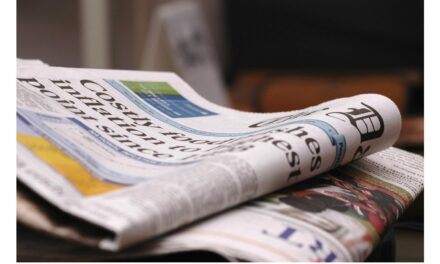