UKIP and Conservatives to team up?

The Daily Express picks up on a story in yesterday’s Daily Mail, claiming a poll shows a third of Conservatives want a deal with UKIP after next year’s general election

A THIRD of Tory voters want to see a coalition between Ukip and their party if there is a hung parliament after next year’s general election.

The findings of a poll show that despite David Cameron’s dismissive attitude towards Nigel Farage’s party, backbench MPs may well put pressure on him to do a deal to stay in power.

It would strengthen the position of those campaigning for Britain to leave the EU, as well as scuppering attempts at a piecemeal renegotiation of the UK’s relationship with Brussels.

Ukip supporters are less keen on a coalition, with 39 per cent urging their party not to go into a partnership with the Tories.

Michelle Harrison, of pollsters TNS UK who carried out the survey, said the first-past-the-post election system was the biggest barrier to Ukip MPs winning seats at Westminster next May.

She said: “While it is perhaps no surprise that a sizeable number of Conservative supporters favour a coalition with Ukip, the probability of that being a viable option at the next election is open to question.”

The Telegraph reports on the millions of pounds owed by EU drivers who have not paid motoring fines.

Millions of pounds worth of unpaid parking fines have to be written off each year by councils unable to trace drivers of foreign vehicles, according to the Local Government Association.

Some councils have had to rip up thousands of parking tickets, and one local authority – Brighton and Hove council – is owed more than £750,000.

The LGA said the EU allows European vehicles to drive on British roads for six months before having to register with the Driver and Vehicle Licensing Agency but the Government does not keep a record of the estimated three million vehicles entering the UK each year. This means foreign vehicles are able to disappear within the system. It added that this left town hall parking officials with an impossible task to chase up drivers for payments.

The LGA said Oxfordshire, Southampton and Portsmouth councils have been forced to rip up more than 10,000 tickets issued in the past five years to foreign-registered vehicles valued at more than £500,000.

In the past 12 months, Bournemouth council has been forced to write off £57,000 of parking fines to foreign-registered vehicles while Maidstone council in Kent has written off £28,455 of tickets.

The Guardian refutes claims that Labour is planning a levy on estates to pay for care of the elderly.

Shadow chancellor Ed Balls has firmly denied Conservative claims that Labour is planning a “death tax” to pay for care of the elderly or a penny on national insurance for the NHS if it wins power.

Speaking to the Daily Telegraph, Balls insisted that he would prefer “all tax rates to be lower”, pointing to Labour plans to reintroduce the 10p starting rate of income tax for the lowest earners.

He said approval given by Labour’s recent policy forum for plans to stick to government spending proposals in 2015-16, to bring in a surplus on the current budget, and to reduce the national debt in the next parliament, showed “the Labour Party has shown it has grown up on fiscal policy”.

Labour was accused of planning a “death tax” after reports that shadow health secretary Andy Burnham had voiced support for a levy on the estates of people to pay for care of the elderly.

Balls said: “The idea of this charge is not on the agenda. It is not Labour policy. It was not only not agreed at our national policy forum, it was not raised or proposed. The Conservative party is desperate to put this on our agenda, and it is not on our agenda.”

And goes on to claim that Labour would stop large hikes in train fares.

Labour would bring in a “tough cap” on all rail fares in contrast to David Cameron‘s failure to stop another hike of up to 5.6% for some commuters from next year, Ed Miliband said on Friday.

The opposition leader said the prime minister has failed hard-pressed commuters by allowing fares to rise by 20% since the coalition took power. Another rise in fares – which Miliband said could be 5.6% – is due to be announced on 19 August and will take effect in January. Labour has said it would extend the government cap to all fares, which currently only covers regulated fares including most season tickets, some off-peak and anytime day tickets.

Speaking in Hastings, East Sussex, Miliband said: “Commuters here travelling into London could see their fares rise by up to £265 to almost £5,000 next year. A Labour government would cap annual fares on every route and drive through the biggest reforms of the railways since privatisation.”

He expanded on Labour’s plans during a phone-in on radio station LBC 97.3, where he revealed he thought it had been the “right decision” for his brother, David, to move to the US for a major charity job after losing the party leadership contest. Miliband said their relationship has got a “lot better” and they often talk on the phone.

Ed Miliband put rail fares at the heart of a new cost-of-living offensive yesterday before the announcement of increases that are expected to add up to 5.6 per cent to the cost of some train journeys.

Fares have yet to be fixed, but since they are calculated according to inflation figures that have now been released, they can be predicted accurately.

The Guardian opines on the choice of the new chairman of the BBC.

It’s the job nobody wants. One by one, several of the leading contenders to be the next chair of the BBC Trust have ruled themselves out – suddenly finding pressing commitments preventing them from taking over from Chris Patten. You can see why. Nobody is very sure what the job is – or, in future years, will be. Whoever takes charge is almost bound to be in for a choppy time as the organisation downsizes and reforms itself. He or she will be in for repeated high-decibel abuse from the sworn enemies of the BBC, including many national newspapers. And then there is the selection process itself, which has been messy.

Perhaps most off-putting, there is the whiff of political meddling. Downing Street – whether No 10 or No 11 hardly matters – appears to have favoured the Conservative peer, Sebastian Coe, with the job description reportedly altered to allow the role to fit in with his other interests. With Coe out of this particular race, attention has switched to a City grandee and former George Osborne adviser, Nick Prettejohn. Sitting in the middle of the process is the Whitehall mandarin with his fingers in so many pies, the cabinet secretary, Sir Jeremy Heywood.

The Daily Mail continues to report on cowboy parking organisations.

Parking cowboys who threaten drivers with huge ‘fines’ will face a Government investigation, in a victory for the Daily Mail.

Communities Secretary Eric Pickles said ‘bully boy’ tactics would not be tolerated and rogue firms could be prosecuted.

The probe was announced as a leading adviser to David Cameron said abuse by private parking squads was worse than the PPI scandal.

The Daily Mail also reports on a new wave of immigrants, this time from Eritrea and Sudan.

They are desperate, defiant – and determined to get to England.

Many had scaled mountains, crossed deserts and sailed across an ocean to get here.

Some of their companions had drowned, perished from starvation or been arrested before they made it.

Little wonder that on Friday, above a shoreline from which they could see the White Cliffs of Dover, these refugees, homeless chancers and would-be migrants, mainly from Eritrea, Sudan and Ethiopia, were so confident that a new life in Britain would be the next stop.

This is the latest illegal encampment to spring up in Calais – and hundreds are currently waiting for the first chance to escape.

They have nicknamed it Jungle 2 – a squalid, tented squat on the outskirts of the French port. The previous one in the town was bulldozed two months ago.

That followed the clearance in 2009 of the original Jungle area on the outskirts, and the razing of the notorious Sangatte refugee centre in 2002. 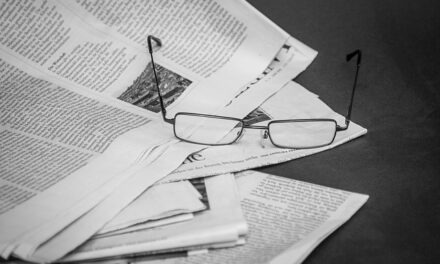 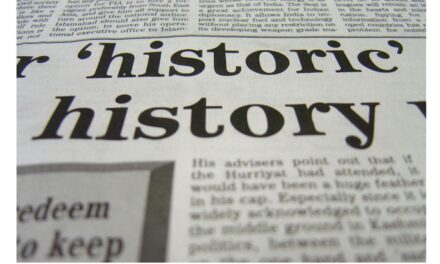