[Ed: This article was first published on ‘Moraymint Chatter‘ and we re-publish with kind permission by the author] 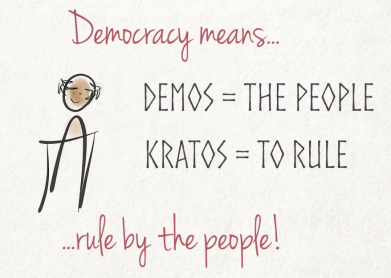 ‘The British read ‘Animal Farm’ and take it as a warning; the architects of the European Union take it as a blueprint. There can be no fellowship between light and darkness’ – Jeremy Scarlett, Daily Telegraph Commenter, 28 September 2017

Pinch-punch, first of the month: welcome to November 2018.

The Conservative government has developed, largely in secret and using an unelected civil servant as its architect, a proposal for withdrawing the UK from the European Union. This draft ‘Withdrawal Agreement’ is in effect the terms on which the UK and the EU will get divorced. Mid-November is the revised deadline for ratifying the Withdrawal Agreement within the UK and EU parliaments.

You might reasonably expect that the Withdrawal Agreement would reflect the outcome of the EU Referendum of June 2016: namely that the UK would be leaving the Single Market, the Customs Union and the jurisdiction of the European Court of Justice. You might expect the Withdrawal Agreement to make clear that the end result of the divorce process would be that the UK will have recovered its sovereignty; that the EU would in future have no power or influence over how the UK is governed, nor how the UK trades with all the nations of the world.

Well, you would probably be wrong.

In fact, the Withdrawal Agreement has been designed deliberately to conflate the UK leaving the EU with the UK remaining in the EU. Presumably this strategy of conflating Leave and Remain is supposed to reflect the fact that 48% of the electorate wanted the UK to remain in the EU and, therefore, the UK’s withdrawal from the EU needs to be a conciliatory fudge. Somehow, we need to come up with a way of being half-pregnant.

If the EU Referendum result had gone the other way, one wonders how the hypothetical 48% who wanted the UK to leave the EU would have been accommodated in the UK’s future relationship with the European Union? Methinks there would have been no accommodation at all. Nigel Farage would have been despatched to hell in a handcart, with Establishment glee.

As of today, we’ve not had sight of the final version of the Withdrawal Agreement which started life as the ‘Chequers Proposal’, itself foisted upon the Cabinet from nowhere by the Prime Minister at a meeting at Chequers in July this year. So much for Cabinet government.

‘These proposals lead directly to a worst-of-all-worlds “Black Hole” Brexit where the UK is stuck permanently as a vassal state in the EU’s legal and regulatory tar-pit; still has to obey EU laws and ECJ rulings across vast areas; cannot develop an effective international trade policy, nor adapt its economy to take advantage of the freedoms of Brexit, [whilst losing] its vote and treaty veto rights as an EU Member State’ – The Chequers Conclusion – A Memorandum, Martin Howe QC

There is also the argument that the Withdrawal Agreement and the UK/EU relationship that flows from it have been designed expressly to ease the UK’s return to the European Union in the fullness of time. After all, the majority of the British political class, the Establishment, ‘big business’, the BBC, 16.1 million people and the EU itself, of course, never wanted the UK to leave the European Union. The EU Referendum was predicated and promoted on the basis that the British people would vote to remain in the EU. The then Prime Minister, David Cameron, bet the farm on this outcome – and lost. He legged it the morning after the voting result.

Democracy On The Line

Democracy is a government’s authority which flows from the people and is based on their consent. If the Withdrawal Agreement is ratified by the UK and EU parliaments later this month then, without wishing to put too fine a point on it, that date will mark the end of democracy in the UK. At the very least it will mark that democracy in the UK is on the line.

Why? Well, because the UK government had no authority to pursue an agreement between the UK and the EU which would result in a foreign power having significant enduring influence over the political, economic and social arrangements of this country. Look again at Martin Howe’s summary of the British government’s Withdrawal Agreement proposals above. They do not even begin to reflect the British people’s democratic decision that the UK should leave the EU lock, stock and barrel; for that was the Leave option placed before the electorate in the EU Referendum, and that’s what the majority of British people – all 17.4 million of them – voted for. To treat that decision with the contempt reflected in the Withdrawal Agreement is for the British government to spit in the face of democracy.

‘In the European Union, democracy is not the whirring engine of the system; it is merely distant noise’ – Charles Moore, The Daily Telegraph

Brexit In Name Only

Of course, it could transpire that the final version of the Withdrawal Agreement turns out to be a model description of how the UK will recover its sovereignty unfettered and irrevocably. However, the pitiful performance of the Conservative government this past 2 years, exacerbated by all those forces striving to subvert or even reverse the Brexit process lead me to think that the final Withdrawal Agreement proposals will be a masterclass in ‘Brexit In Name Only’, or BRINO as it’s been dubbed.

Some of you reading this, including friends whom I know personally, will have voted Remain. You may well be delighted with how things are progressing vis-à-vis the UK potentially remaining tethered to the EU. Generally, the evidence shows that the Remain vote was focused primarily on economics rather than politics (sovereignty essentially). However, the emphasis of the British government Withdrawal Agreement proposals is on economics – at virtually any political cost. This is the travesty because the Referendum democratic majority was concerned with the politics of the UK’s membership of the EU; Leave voters set aside the doom-laden and often preposterous economic forecasts in favour of opting for unalloyed self-determination … 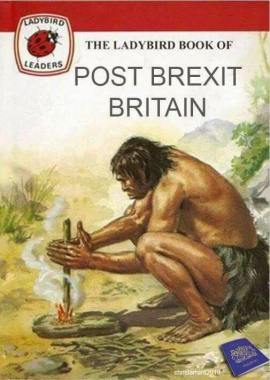 There’s a separate debate to be had about democracy generally and the validity of referendums in particular. However, for now, the British people consented to, and went through a perfectly legitimate decision-making exercise a couple of years ago. This month we shall see whether the will of the majority of people who voted in the EU Referendum will be honoured, or if the will of our governing elites is to prevail. If the latter, then I’d wager that there’s much political, economic, social and constitutional trouble ahead.

Comparing The EU With The USSR

Recently, the Foreign Secretary, Jeremy Hunt, compared the EU to the Union of Soviet Socialist Republics. This didn’t go down too well with the Prime Minister, nor with her friends in Brussels. That said, if you have 5 more minutes to spare, here is Vladimir Bukovsky on the subject of the workings of the European Union:

I’ve Had Enough – Part I 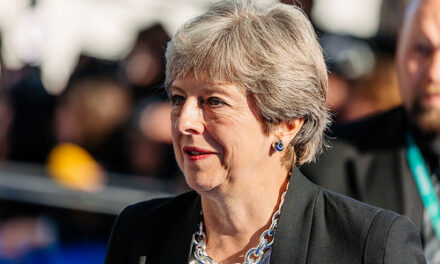 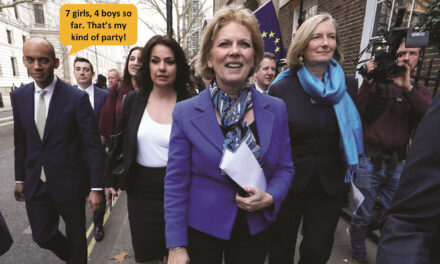 Remainers Should Be Frank About Their Real Intention