On Reforming the HoL – the Historical Background

I fully support the argument  in Sonya Jay Porter’s letter (published here). I always think of how ironic it is that the old House of Lords was reformed in 1911 by Liberals. The Lords – as protectors of the land and of their own investments here and abroad – were opposed to Britain’s entry into WWI. By removing their executive power the Liberals were able to placate the desperate French liberal government (socialist PM Viviani and President Poincarré) who were worried about the UK not supporting them. Of course the socialists here told us it was all “Capitalism’s fault”. The Socialist Party of Great Britain declared that:

But the war was a disaster for investors, with stock exchanges closed and trade disrupted, while inflation and repudiation wiped out holders of government debt (see here).

The leading European nation that was the most reluctant to join the war was in fact Britain, the centre of finance and world trade; so much so that the French were close to despair that Britain might back out of the alliance. And if anyone was urging the Britons to war, it was not the titans of finance.

Had the House of Lords not been stripped of its executive powers (by the Liberal Lloyd George) protecting the interests of the rich landowners, it would have vetoed Asquith’s decision to go to war, but liberal reformers across Europe, under pressure from anarchists and communists, sought to use war as a means for revolution:

“Certainly it ought to be recorded at once that this is not a war in which the populations have been consulted or concurred”.

All the world leaders that went to war were socialist and liberal reformers:

“With heavy heart I have been compelled to mobilise my army against a neighbour at whose side it has fought on many a battlefield. With genuine sorrow do I witness the end of a friendship, which Germany loyally cherished. We draw the sword with a clean conscience and clean hands.”

German Chancellor Bethmann Hollweg declared to the Reichstag that Germany was breaking international law. The French were blamed.

All those who led Europe to WWI were basically reforming socialist/liberals and Social Darwinists.

It is a legacy that began in the revolutions and anarchist movements of the 19th Century and which we have still not resolved. The EU is an attempt to replace national socialist movements with an international globalist one which however shares the same propensity to arrogance, deliberate social engineering and destabilisation, elitism – often dressed as “egalitarianism” – and war.

Had they not removed the HoL executive veto millions of Britons’ lives would have been spared.

The King’s Baron’s, in 1911 – under the Parliament Act – finally relinquished true executive power. They retained their hereditary rights but could no longer force or direct the course of governance other than as a scrutinising and cautionary body, in effect advising and counselling Parliament but no longer deciding whether a law should be passed or not.

In future, and since 1949 with further laws to prevent the Lords using delaying tactics, and in 1999 (HoL Act), 2012 (Reform Bill, started by Clegg) and 2014 (Reform Act) the government of the day could determine to elect its own new peers and rebalance the voting balance in the Lords to better reflect its majority in the Commons.

The Commons became superior to the Lords not just by convention but by statute.

However – as we all know – this has led to supranational bodies such as the EU, UN and other International Treaties, being able to influence government at the level of Head of States and below. The Commons bends its ear to all sorts of pressure from abroad, and the lack of effective blocking powers from the Lords means that statutes can be passed without due review by the Commons or the Lords. This means that the original intention of the Bill of Rights 1689, viz. to ensure a correct balance of powers and the prevention of abuse of any one entity, Commons, Lords or the Monarch, so that the People were sovereign and free and their interests and only their interests were carried out, is no longer upheld correctly. This is reflected in the total disinterest and distrust in the political system that we see today.

The EU Referendum has shown that there is a division between those who support the unelected supranational collective and those who favour a return to people power. A PR House of Lords will return power to the People where the Commons are seen to be acting outside their manifesto pledge.

Indeed, we see endless cases of actions taken by successive governments that were not mandated by the People.

In illustration, all three of the main parties promised to take action on Lords reform in the 2010 general election, and following it the Coalition Agreement included a promise (made by Clegg, then Deputy PM) to

“establish a committee to bring forward proposals for a wholly or mainly elected upper chamber on the basis of proportional representation”.

This “promise” has never been acted on.

Having a PR, or as Sonya Jay Porter suggests, unpaid meeting of the Wise, House of Lords, could mean that the huge support for UKIP – and other parties whose voice is rarely heard (unless toeing the PR media line) – would be heard, as it has been in the EU Parliament, and in ways that influence Law and government here.

I am a qualified coach/teacher and NLP specialist, as well as a writer, and work with high level business clients around the world, especially with presentation skills and problem-solving. 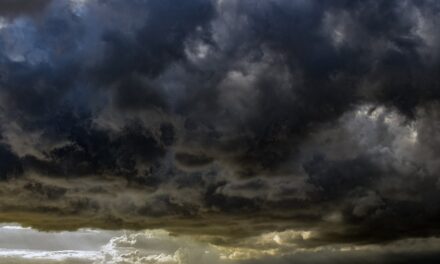 If you can keep your head – Part 1 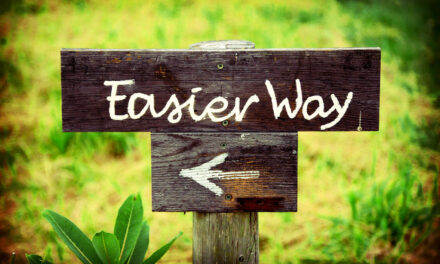 The Way Forward for UKIP