People are being conned by a new set of ‘banksters’

Last Friday’s Daily Mail ran a piece telling readers that pupils in Welsh schools have been told they will not receive an additional portion of food by kitchen staff so they can adopt sensible eating habits. The piece goes on to explain that strict mealtime policies have been introduced because children as young as 14 are receiving gastric bands on the NHS.

This story brought to mind a piece back in October, by Brendan O’Neill writing in the Telegraph.  Something about the food-bank frenzy doesn’t add up, he mused. Continuing, he wrote:

Reading the Dickens-tinged coverage of food banks, of which there are now 400, you could be forgiven for thinking that Britain has done a timewarp back to the Victorian era of emaciated urchins begging for scraps of bread on foggy bridges. Britons are “hungrier than ever”, says the Independent. “Starving Britain”, says one newspaper headline. There is clearly enormous “destitution, hardship and hunger” in Britain, says Oxfam. Even the International Red Cross has got involved, promising to help tackle Britain’s “food poverty”.

As O’Neill went on to say, against this backdrop something about the rise of food banks and the hand-wringing over “Starving Britain” doesn’t make sense, especially when one takes into account the frequent claims over recent years where we’ve been told that the problem in Britain is that food is too cheap by the very people now who are now claiming that hundreds of thousands of Brits cannot afford food.

Today’s food banks are not fuelled by the needs of the poor so much as by the needs of charities and campaigners. I think the main beneficiaries of the fashion for opening food banks, and for press-releasing these openings to every media outlet in the land, are the poverty industry rather than the poor. The poverty industry is made up of those campaigners who depend, for their very existence, on the idea that there exist hordes of helpless, hapless poor folk – and so the more these campaigners can fuel that idea, the better.

Iain Duncan Smith, the embattled work and pensions secretary, is refusing to meet leaders of the rapidly expanding Christian charity that has set up more than 400 food banks across the UK, claiming it is “scaremongering” and has a clear political agenda.

The news will fuel a growing row over food poverty, as church leaders and the Labour party accuse ministers of failing to recognise the growing crisis hitting hundreds of thousands of families whose incomes are being squeezed, while food prices soar.

Responding to requests for a meeting from Chris Mould, chairman of the Trussell Trust, which has provided food supplies to more than 500,000 people since April, Duncan Smith has dismissed claims that the problems are linked to welfare reforms and attacked the charity for publicity-seeking.

What O’Neill was pointing out a couple of months ago is now very much coming to the fore.  We are seeing the blatant abuse of statistics – such as the dropping into the article of a reference that in 2010, the Trussell Trust provided food to around 41,000 people, but in the past eight months the number has increased to more than half a million, a third of whom are children.  The Graun has already explained that the ‘charity’ is rapidly expanding, so of course more people will take advantage of the opportunity to get food for free so they can spend money on other things – which from what I have sadly witnessed tend to include such essentials as cigarettes, drink, DVDs, games consoles and lottery tickets.  Don’t forget this comes at a time of falling unemployment and more people coming off benefits to take up work.  It doesn’t add up.

What is sickening about Labour’s involvement in this scam is that it, more than any other party, bears responsibility for legislative actions that have driven up taxes, increased energy costs and reduced disposable income of the lowest earners.  As much as I loathe the Conservatives, Labour’s hypocrisy is contemptible.  Their placemen supporters in the ‘charity sector’ are now repaying the debt they owe their comrades for getting their grotesquely large salary packages ahead of being enobled to suck further from the public teat as their fat rent-seeking arses sink onto red benches in the House of Lords.

Picking up the cost of all this are the general public who take personal responsibility and live within their means, accepting that some things cannot be afforded on their income and therefore are eschewed.  Yet their taxes are taken to fund this political con trick being perpetrated by the food bankers and their friends in fake charities who push the poverty narrative for all its worth because it is in their own vested interest to do so.  These troughing rip off merchants backed by their well remunerated PR machine should be ashamed of themselves.

This article first appeared on the Autonomous Mind blogsite on the 21st December 2013, and has been re-posted here with permission. 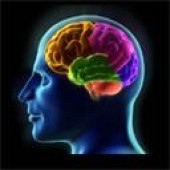