Rock Stars of the Right

The past two weeks have seen the most extraordinary demonstration by the British state under a nominally Conservative government that we no longer have freedom of speech in this country. First Austria identitarian leader Martin Sellner and his American writer girlfriend Brittany Pettibone were detained for 3 days at Heathrow and deported. Canadian journalist Lauren Southern was taken off a bus at Calais, held under terrorism laws and barred from the country. The authorities acted swiftly and forcefully in the cases of these conservative activists, though hundreds of returning jihadi fighters, along with many of the hate preachers who incite them, are allowed in, not arrested and mostly not even monitored. Then on Friday, in a shockingly symbolic incident, police in London prevented Tommy Robinson from speaking at Speakers’ Corner.

This generation of activists though have technology at their disposal and have been able to globally disseminate videos, posts and interviews via social media and the wider web, getting the message out to the word of the shamefully repressive depths to which the birthplace of representative democracy has sunk. A number of these bold young campaigners on the right have emerged recently. To Sellner, Pettibone, Southern and Robinson we can add Paul Joseph Watson (editor-at-large of Infowars.com, with over one million subscribers on his YouTube channel), Tommy English (organiser of Gays Against Sharia) and Milo Yiannopoulis (a gay British journalist, better known in the US). Some have been promoted by alternative news organisations such as Breitbart, the Rebel Media and Infowars. In others they have simply gone out there and done it themselves. They are brave, confrontational and court controversy. Often they organise protests, shoot videos in the street or take on (or are physically taken on by) leftists at great personal risk.

What they encounter is captured on video and exposed to the world via their mushrooming number of online followers. By bypassing traditional news media, they can speak to their audience directly and create their own narrative. They know how to work the medium through which most young people in particular now get their information and opinions. They have become the focus of both extreme hatred and great admiration. They are not just the future of the right, but it’s here and now.

You don’t have to be young though to have an avid online following to which you can get the message out, as the likes of Stefan Molyneux, Brian Gerrish, Alex Jones, Katie Hopkins, Pat Condell and Gavin McInnes show. It’s the youngsters who are particularly interesting though, especially for those of us who had feared that that generation had been irretrievably lost to Cultural Marxist brainwashing masquerading as an education system.

In these days of dull, manufactured and predictable popular culture – an age in which the edgy rockers of yesterday are patted on the back and lauded by the arts establishment as cultural icons as they are handed their Lifetime Achievement Awards – it’s strange to remember that there was a time that rock ‘n’ roll was considered dangerous. Regarded as shocking and primitive by many, it was turned into a generational war in which the young rejected the values of their parents’ generation, hijacked and weaponised to usher in the Cultural Marxist transformation of society. It became a badge of identity for those who wanted to signal their non-conformity and longing to throw off the norms they felt society had foist upon them. For the rock stars themselves – already considered unrespectable – scandal, personal mishaps and occasionally obnoxious personalities only served to enhance their rebellious image, rather than destroy them. For today’s rock stars of the right, it must similarly feel like a precarious existence, not knowing what the future holds.

Paul Joseph Watson has said, “conservatism is the new counterculture.” For any youngster today looking for danger, excitement and rebellion – something which is underground – a way to kick against the system and be cool by sticking two fingers up to teachers, the police, authorities, politicians and everything deemed respectable – he must surely be on the money. These brave few individuals making a stand for free speech today might be compared to the likes of Rosa Parks refusing to sit at the back of the bus and the start of the civil rights movement in the 1950s. The times they are a-changing. This time it’s the turn of the old hippies and punks to have their precious values overturned by a new generation.

The mainstream media isn’t interested in reporting our measured and reasoned arguments. It just wants to cover UKIP’s embarrassments and collapse. As a movement, we need to force ourselves back into the news. We need to circumvent the mainstream media and get our message out to a new audience. This is what the young rock stars of the right are doing spectacularly well, despite the disturbing creeping online censorship, yet UKIP seems to be sitting on its hands while the world moves on without us.

Some, to their credit, have stood up for these young activists. Former UKIP MEPs Janice Atkinson and Steven Woolfe welcomed Lauren Southern to Brussels, as did our own one-time rock star of the right, Nigel Farage. Lord Pearson welcomed Tommy Robinson to the Houses of Parliament for an interview. Good old David Kurten spoke up, as did Leave.eu.

UKIP seems to mostly keep these upstart activists at arms’-length though, despite their reach and the number of young and previously apolitical people they are engaging. Too many among us play into the hands of the establishment divide-and-rule by labelling these natural allies as “far-right” and regarding them as something other.

We may be fighting on different fronts and all these forms of activism have their place. Different media get the message across to different demographics. A party still needs boots on ground, local campaigning and traditional political appeal. We’re all on the same side. We need to recognise that, not condemn our fellow patriots. UKIP should be grabbing the opportunity to turn online readers and followers and attendance at marches into votes for change at the ballot box.

Part of the London diaspora, Comrade K. now lives in exile in Cardiff, where he is active in his local UKIP branch. He has come a circuitous political route from enjoying winding-up leftists at school, but then, because he thought the ‘60s seemed really cool even though he wasn’t there, indulging revolutionary socialist fantasies during his student years, even going so extreme as becoming a Labour party activist for several years. K. however eventually came round to sense and, despite being seduced by some green philosophies which he still hasn’t entirely repudiated, realised that free-thinking, intelligence and individuality is something entirely different to mindlessly repeating what all his trendy friends and celebrity icons told him … plus he found that going along with feminism didn’t get him girlfriends after all.

An Open Letter to Henry Bolton 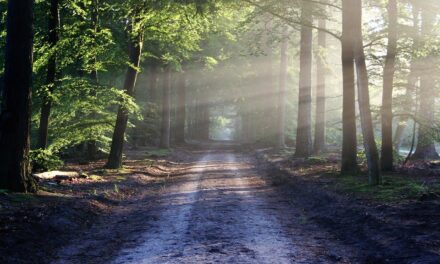