The race for number 10 Downing Street is now under way: this means a gradual ramp up of the volume exerted on the nation by the Media and the Establishment that they actually represent.

From now expect a barrage of confusing, sometimes spiteful, undeniably questionable interviews and news scoops from Media hacks, TV celebrities, and Politicians from the old parties particularly when it comes to discussing UKIP.

If you look back in history it is always the same, the moment something comes along that looks if it might undermine the direction they (The Establishment) want to take the country/society going they react in concert with the powerful, pervasive media machine.

Examples of this are increasing, like the terror threat level to red alert during the UKIP party conference, stuffing certain TV shows with guests and audiences that will extol the virtues of the current Establishment direction and denigrate any person who has the temerity to suggest that Britain should forge a path other than the steady trudge towards an EU super state.

You see, whether we know it or not, we have been the subject of a steady erosion of our ability to form our own opinions (independent of what our parents taught us) as to what is right or wrong, good or bad for us.

This again has been achieved through the media in the form of soap operas, news outlets, schools, universities and even the established church. They have in place people whose views mirror the big picture of how they believe we should think and act and where we should be heading (as a society); what is acceptable and what isn’t. Woe betide you if you step out of line because the law has also changed to stop you putting into words dissent to this political and social indoctrination.

In wartime it was discovered that it is a difficult and time consuming task to get a soldier to change allegiance without undergoing a complex set of psychological alterations and adjustments.  During the Korean War they found that to subvert a highly trained soldier’s manner of thinking you have to start by getting him to question his own belief systems and to look for any inconsistencies with reality as he perceives it.

Torture may get answers but it doesn’t win hearts and minds.  You can’t really change psychology through torture as that just reinforces the reasons why you might fight an enemy.

Instead, slowly over months and starting from the premise that something of their belief system is not perfect, a way into a persons deep psyche is forged. The process of thought modification is started that eventually culminates with a rejection of the original set principles and beliefs – a tipping point is reached where a conversion is made.

Can anyone think of a better medium to practise this dark art than television?  Whatever set of ideas or moral code you want to install you play them out in front of an audience in a myriad of different ways without inviting any form of critical analysis regarding the offering.  Thereafter, as in Korea, after a few months or years, behaviour is shaped within the audience and the job is done.  This becomes even more effective when it is reinforced by other media e.g. the press, community leaders, teachers, clergy and very importantly our peers who are also undergoing this process of thought correction or indoctrination, a sort of mutually self-reinforcing societal hypnosis.

Children are particularly vulnerable to this type of conditioning as they are usually anxious to fit in to society and to some extent taught that you shouldn’t question figures in authority particularly when it pertains social conformity.  Teenagers and young adults also become very passionate about what they’re taught and indoctrinated with as they begin reflect on the obvious inequalities of the world without necessarily exploring why they exist and continue to exist (regardless of what is done to remedy them) and instead fall into line behind Cultural Marxism and Cultural Relativity due to the perceived egalitarian nature of these ideologies.

I gave up watching MSM a long time ago when, like Neo in The Matrix film, I took the red pill and watched the illusion weaved by the MSM dissolve around me.  Now I know what is happening, there is little that can be done to make me conform at the deep uncritical level required to join something like Unite Against Fascism. So heavily indoctrinated, that even the irony of their own actions these metaphorically lobotomised individuals have in fact become Fascists.

However, another psychological principle comes into play when a set of ideals, moral framework or code of conduct is so far removed from our basic understanding of what’s right and wrong that it causes distress trying to reconcile it to an opposing reality.  Put rather more simply the story doesn’t; fit the picture.  This is sometimes referred to as cognitive dissonance, which is:

Leon Festinger‘s theory of cognitive dissonance focuses on how humans strive for internal consistency. When inconsistency (dissonance) is experienced, individuals tend to become psychologically uncomfortable and are motivated to attempt to reduce this dissonance…[1]“

This is rather difficult for the MSM and Establishment to navigate as they have to try to get you lie to yourself in order that what is portrayed to you doesn’t come into conflict with your reality.

The last part of the synopsis on cognitive dissonance is where I have to question the theory as espoused by Festinger, as I believe that whilst it may be initially true that people avoid the painful truths, eventually humans cannot carry indefinitely holding a set of beliefs that is at odds with there physical environment or is contradictory to basic logic.

It’s this magical moment of cognitive awakening that sits behind the phenomenon of vast swathes of the population starting to reject the voice of the Establishment, the MSM and influential people etc, and explains in a large part the meteoric rise of UKIP.

Make no mistake, we still have a long way to go as many of the younger more impressionable minds are still hopelessly sold on the message that if they act in any other way than the one they are told about they will be socially ostracised and they are being selfish, hateful and disobedient.

With regard to these young people we need to remove the yoke of guilt that has been placed around their necks and let them know that as long as their feeling and newly emerging thought processes are not born out of hate or prejudice, then other notions, ideas and values are perfectly acceptable and should at the very least be explored.

So what’s the point of this piece? It boils down to 4 simple points:

(1) Be critical of the MSM when looking at or listening to TV, the press, radio etc.

(2) Be aware you are being indoctrinated and manipulated, depending on source (e.g. The Guardian = Pro-Marxist)

(3) Learn to think and evaluate for yourself: become a free thinker 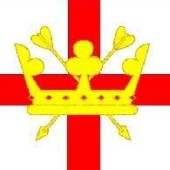 Socialism tested in the classroom