The Telegraph overstated the case: sharia wills do not mean sharia law

Today, the Telegraph ran a front page article headlined “Islamic law is adopted by British legal chiefs” The article below was emailed to me by a friend.  Knowing my legal views and ethics, I think he knew I’d be splurting my morning coffee all over the place!

This would appear to be an attempt to bring about some hybrid form of will, which to be honest baffles me. As to its need and how such a step (as the article is written in order to provoke) is ever to be valid or legitimate in a Court Of Protection or via Probate in England & Wales.

It doesn’t follow our legal precedents under probate and appears to allow a legal system that runs parallel. It’s unconstitutional and cannot be recognised in our legal system if there should be a dispute.

A devout Muslim can make a will in which he/she can express their wishes and can allocate shares to named individuals in the form of bequests without the need for this attempt to promote a dual system – which is the apparent aim!

Or is it the aim of the writer of the article to inflame tensions & to put about a fear in our society that our Laws, both Common and Legislative, given Royal assent by our Monarch(s) will be only for non Muslims with the Sharia Law for Muslims?

Such a scenario is seen as inevitable by some in our society this will simply make matters worse and bring about further division.

The fact remains, it is buried in the article, that these Sharia wills are to be drafted in such a way that they conform to our legal system, it’s norms, nuances, precedent, legality etc.  However, if some (yes it is a small minority) see a sign in a solicitors window saying “Wills – Sharia & Secular get them here” (or words to that effect, not had time to let my morning coffee shake me fully from my slumber) how long do you think that window will remain intact?

As an officer of the Supreme Court of England & Wales I can say with certainty that such wills for the devout Muslim will in its wording possibly be different in certain places but the remainder will have its standard clauses, sound mind, I bequeath, I give the ornaments off the mantelpiece here to listed to (named individual) if they should predecease me then the items are to go to their eldest son/daughter even if that child be in utero at the time of my death.

The thing is the legal system cannot change overnight & a thousand years of precedent swept under the carpet! So before people take to the streets in outrage please send them a copy of my blog and I hope it will explain that Sharia Law has not overnight become legally binding.

Yes yes I’m aware of the various mediation services offered usually via the Mosques.  Again these are not courts in our sense of the word, they are a place where mediation takes place to prevent long court battles regarding divorce, visitation, marriage guidance etc.  Think of the Citizens Advice & Mediation Services and use that as your parallel.

To call them courts is disingenuous & misleading!  In England & Wales (where I’m allowed to practice law) there is only one system that is actually legally binding in all it does and that is the law of England & Wales via Acts of Parliament that have been given Royal Assent and in force on the day of hearing!

So rest easy, put the pitch fork & flaming torches back in the cupboard and rest easy that Law & Justice are not about to be usurped! 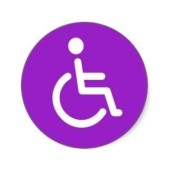 Comfortable from the countryside – part 1