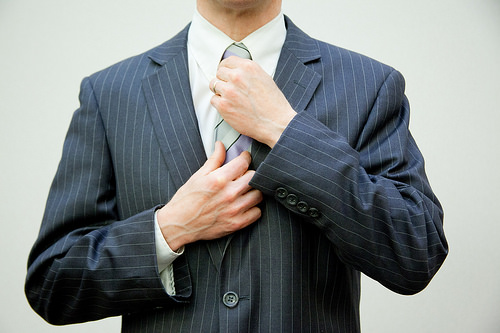 I’d like to tell you a story, but it has a point to it, so please bear with me. Some years ago, I was the owner of a quite desirable beach-front property in a sought after location (not in the UK). I was planning to leave the country for a few years and so decided to sell the property. I’m a trained information analyst, always do my research and was confident that I had a realistic idea of the market value.

After discussing this with some of the local Real Estate agents, they offered to come and value my property and so started the competitive sales pitches for an exclusive listing. As is usually the case with the Real Estate industry here, they all gave me ever increasingly pie-in-the-sky valuations to obtain my business and a lucrative commission, a lot higher than would be earned in the UK – extortionate in fact.

The art of this rather deceitful and deceptive technique is to gradually lower my hopes and aspirations once an exclusive contract had been signed. I’d bought and sold too many properties to be fooled by this technique, but after much persuasion, I decided to list the property with one of the local agents. However, I told the agent what figure I expected to sell the property for if I sold it myself, and told him that if he couldn’t make me a substantial return in excess of his commission, I wouldn’t sell. I didn’t actually need to sell anyway and I certainly didn’t expect him to achieve his unrealistic price.

I was asked for thousands in additional marketing costs which I refused to pay as I felt the extortionate commission should be sufficient. The agent agreed to pay for this marketing if he didn’t sell. This man was so full of himself and he thought I was a fool.

After six months, my property was still on the market, I told the agent I’d not let him have another exclusive contract, I was going to try to sell the property myself. After advertising my property on the Internet for the equivalent cost of around fifty quid, I sold it in four days at a price that I was very happy with: much to the chagrin of the agent.

The first thing the agent did was ask me for a contribution towards the marketing costs, not what we agreed to in the contract: no chance. Then he accused me of selling the property to one of his prospective clients behind his back and insisted I prove that I didn’t: I wouldn’t do that and I was under no legal obligation to prove that I didn’t do this. Next he brought his boss to see me, a thug in a suit: I wasn’t going to be intimidated.

Gone was the glib, smooth talking salesman that wanted to be my best friend, he thought he was entitled to make a fat profit out of me, I told him he had to earn it. Because of his conceited arrogance, he learnt a harsh lesson.

It is one of life’s unfortunate facts that the more friendly and charming people are, the smarter the suit and the more likeable, the more they’re likely to want something from you – usually something they feel entitled to but don’t deserve and they couldn’t care less about you. Life is full of these people and some of these people call themselves politicians: Spivs in suits!

Globalisation was steaming ahead so well wasn’t it, global trade deals were being struck, our countries were being invaded in the name of tolerance and diversity: then along came BREXIT. The Eurocrats in Brussels, so full of benevolence and noble ideas, tried to sell us a totally false utopia, the smiles soon disappeared when we didn’t want to buy what they were trying to sell. Spivs in suits!

Then along came Donald Trump (Spiv?). He wiped the smile of Hillary Clinton’s face, she felt so entitled to the Presidency, we’ve had to listen to her bitter whining and excuses since she lost and failed her globalist masters. Another Spiv in a suit!

Closer to home we’ve had one of the original instigators of our pains: Tony Blair. Here was a man so enthralled with globalisation and his precious European Union, he flooded our country with immigrants to rub our noses in diversity. Behind Blair’s leering grin is a Spiv of a man that murdered thousands for his globalist masters.

Now we have Theresa May and her globalist colleagues. A year after the referendum, we’re not much closer to leaving the EU. There’s a lot of evidence of backsliding and absolutely no suggestion of controlling our borders in any meaningful way. More Spivs in suits!

Like most Spivs these politicians are sociopaths, they care not how much they destroy our lives in pursuit of their globalist objectives. Most of their globalist ideas just don’t make sense logically or numerically, they’ll certainly be a disaster for all of us, but that doesn’t matter to them.

I’d like to refer you to one of my earlier articles : ‘Surviving the human tsunami’. It shows just how impossible the globalist doctrines are. For those of you that haven’t seen it, this video by Paul Joseph Watson further underlines my point . The globalists’ plans are insane. If we wanted to help the Third World, we’d offer them education, investment and development, among other things. This current course will lead to disaster. The immigrants that are coming here are just pawns in a power game. These globalist plans are another pack of lies.

We’ve had to put up with the disastrous economic consequences of mass immigration, along with the loss of our rights under Magna Carta, the gang rape and the sexual abuse of our women and children. I’m sure this list isn’t exhaustive, please add to it.

All of the above we suffer because for decades, maybe even centuries, we’ve believed the smooth, glib-tongued lies of deceitful and deceptive salesmen and we’ve voted for them. Spivs in suits!

Whichever of the politicians of the mainstream political parties that you vote for, the only difference between them is their sales patter and the colour of their suits. They are all Spivs, they have plenty of form. If we want a better country, it’s time we told these Spivs clearly and unmistakably that we aren’t going to buy what they’re selling, we should wipe the smiles of of their faces.

In a few days time the United Kingdom has a General Election, and UKIP are the only political party that has any hope of gaining any significant representation outside of the mainstream Spivs. We may need the Conservatives to see through BREXIT, but we can’t let them have it all their own way. We  really need to take seats from the Labour and Liberal Spivs.

What’s in a poll?

THE US ELECTION RESULT