The theme of this 10-part series of articles is “winning the battle but losing the war”, comparing the Tet Offensive with a modern-day Islamic Offensive. After reviewing the three forces in conflict (Islam, International Socialism and Nationalism), a prediction of WW3 in 2016, a Tet Offensive recap and lastly the author’s view of where Europe is going, and the Russian experience in Beslan. Part Eight continues with “Hama Rules”, taken from the 1982 obliteration of a Syrian town of that name. This vision is the author’s own, we neither endorse nor condemn it.

I predict that the unfolding European Civil War (after the initial Tet 2016 phase) will comprise a steady escalation from Paris-style rifle attacks and suicide bombers, to snipers, to IEDs, to car and truck bombs. This is why I mentioned the possibility of eventually reducing the Sharia-zone ghettos to ruins by air and artillery bombardment. This will indeed happen, after the car bombs begin to explode in European cities. At that point, an urban civil war loses any vestige of civilized norms. Fortified ghetto bastions that provide sanctuary to Muslim jihad terrorists will be destroyed if the Islamic conquest is to be quelled.

This type of no-quarter urban warfare already has a name, “Hama Rules,” from the 1982 obliteration of that Syrian town. Hama was a Muslim Brotherhood stronghold used to launch attacks against the regime of Hafez al-Assad, the father of the current Syrian strongman. These guerrilla (or terrorist if you prefer) attacks occurred beginning in 1976, and didn’t stop until Hama was reduced to rubble, and at least ten thousand Sunni Muslim Syrians were killed among the ruins.

If the Europeans don’t have the stomach for that level and scale of total civil war, then over time they will be defeated, and either forced to convert to Islam, or forced into subjugated dhimmi status, or they will be executed, (if they can’t be put to useful work as slave labourers first). Those are Islam’s unchanging options for defeated male foes, at the pleasure of their Muslim vanquishers. The captured girls and women of the defeated kuffar will be taken as slaves, that is a given. So it will be war to the knife, and knife to the hilt, with no holds barred, and no quarter asked or given.

Going into 2016, a peaceful de-escalation is improbable, not with up to a million fresh muhajirun of fighting age currently cast all about Europe without housing or prospects as winter comes on. This rapid mass influx of hundreds of thousands of unattached Muslim men into Europe is the equivalent of pouring a jug of nitro-glycerine down the barrel of a cannon, then loading a double gunpowder charge, ramrodding three or four cannon balls on top, and lighting the fuse. It is the perfect recipe for a disastrous explosion.

The 1968 Tet Offensive involved approximately 80,000 armed Viet Cong infiltrators sneaking into Vietnamese cities and towns, (unnoticed by the “experts” in intelligence, I will add.) How many of the almost a million muhajirun now loose in Europe will take up arms for the cause, after the first initiating wave of Tet 2016 terror attacks? Does anybody really have any idea? There is a point when stealthy hijra transitions into overt jihad, and I believe this will occur in the coming year. Historians will look back and marvel at what I think of as the coming European Jihad Tet Offensive of 2016. Or perhaps they will call it the European Trojan Horse Civil War (I only hope that they don’t call it The Final Islamic Conquest of Europe.)

Historians will study how this mass hijra invasion, and the consequent Tet 2016 and European Civil War came to happen. The truth is it was an inside job by the traitor class, the cultural Marxist open-border international socialists. First, they numbed and dulled their own compatriots into apathy, before opening the gates to the Islamist barbarians. They injected the paralyzing curare of multi-cultural political correctness into their own societies, in order to render them unable to defend themselves from the planned attack.

In reality, the international socialists and the Islamist forces have agreed upon a murder pact, wherein their common enemy, the nationalists, will be removed as a threat to either of them forever. In 2016, European nations will deliberately be torched, in order to finish off their people’s last remaining notions of national pride and cultural identity. In effect, the coming conflict will constitute an agreement about the dinner menu made between a jackal, a hyena, and a supremely stupid bliss-ninny lamb, who was raised on Utopian multi-cultural fantasies. The lamb believes that by its own sweet example, the jackal and the hyena can be turned into vegetarians — but the choice for the dinner entree is already a foregone conclusion. European nationalists will be shot and stabbed in their fronts and their backs until they go down and are consumed by both of their rapacious destroyers.

And depend on this: standing before the crater, in front of the smoking building, after the tenth car bomb to explode that month, telegenic media traitors will mangle the truth into a false narrative that supports the inexorable spread of international socialism as the only possible solution to the “tragic cycle of violence.” The liar press will call patriots Nazis, and Nazis patriots; they will damn saints and praise mass-murderers. These media presstitutes are loyal only to their traitor-class paymasters, and to their common international socialist vision of global tyranny imposed from above by the all-knowing elites.

“Out of chaos, order,” will be in their minds if not on their lips.

Matthew Bracken was born in Baltimore, Maryland in 1957, and attended the University of Virginia, where he received a BA in Russian Studies and was commissioned as a naval officer in 1979. Later in that year he graduated from Basic Underwater Demolition/SEAL training, and in 1983 he led a Naval Special Warfare detachment to Beirut, Lebanon. Since then he's been a welder, boat builder, charter captain, ocean sailor, essayist and novelist. He lives in Florida 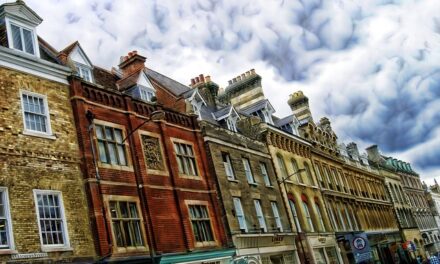 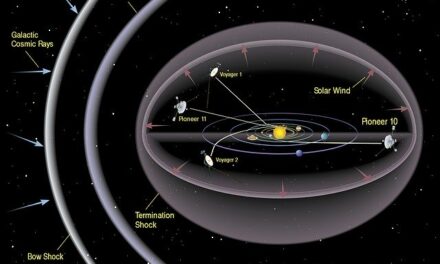