The Welsh Assembly – the first report by one of our AMs

We were seven UKIP AMs, now – with former, appointed leader in Wales Nathan Gill resigning from the group –  we are seemingly six. Once we settled down into our Assembly group, all the UKIP AMs were given particular areas of policy to concentrate on. I was appointed as the UKIP spokesman in the Assembly for Local Government & Housing. I also do Sport.  This brief focuses on services provided by local councils.

This is what our team in the Assembly now looks like:

As Nathan Gill has now left the group, someone from UKIP’s group of six will now have to take his place on the External Affairs & Additional Legislation committee, which deals with EU and Brexit issues.  We do not yet know who this will be.

We are now looking to set up UKIP policy groups to discuss future policy development in the above areas. We are looking to develop a database of the skills and experience of our active members.

We had a few policies regarding Local Government in our Assembly manifesto ‘Raising the Dragon’. Though the manifesto is a good guide, we need to develop these policies a lot more over the next five years of the Assembly term.

So, what do we draw on as a further guide to policies? This was the question facing me during the summer recess as I tried to start developing a deeper policy programme in this area.

One problem is that UKIP does not have many councillors in Wales from which to draw experience. The party does however have plenty of councillors in Eastern England, and even controls one council, Thanet in Kent. With this in mind, I set off last week for a whistle-stop tour of the region to meet some prominent UKIP people with a view to developing UKIP local government policies here in Wales.

Of course, I had to bear in mind that the local government system in Wales (where we have unitary authorities) is different to England, where they still have a two-tier system.  And they have council elections in most years, whereas we have one big election every five years. That is why we have to come up with a policy plan soon, as our elections are due next May (2017).

On day one I met up with two UKIP councillors on Medway council: Mick Pendergast and Roy Freshwater. The meeting took place in Mick’s pub, the Nag’s Head, which is located on the Hoo peninsula, near Rochester. Also present for some of the meeting was UKIP AM Mark Reckless, who was previously the local MP for this area, and Mark’s assistant Ben Cook, who helped to arrange the trip.

As a licensee, Mick is interested in pub issues (among other things), which is also one of my interests. I had an idea about trying to get the Localism Act – which, theoretically at least, offers protection to pubs facing closure – introduced in Wales, where we don’t have it. They have it in England. However, it appears from my talks with various people that the Localism Act may not be doing much to actually protect pubs. So we may have to think of a different solution, or solutions, to protect pubs. Pete Reeve had a few ideas about this (see below).

Roy Freshwater, the leader of the UKIP group on Medway, is particularly interested in housing, and has been involved in policy discussions with UKIP’s national housing spokesman Andrew Charalambous. He related the problems of housing policy being dictated to councils by the nine big national housebuilding firms. Unfortunately, these companies are interested in building fewer rather than more houses, so that the sale price can be kept high. Roy’s solution is for the council to provide infrastructure for abandoned industrial sites – brownfield sites – so that the housebuilders can build there.  The problem is that the housebuilders prefer the greenfield sites…

The following day I headed further east, to Margate to meet Piers Wauchope, a member of UKIP’s NEC, who has been involved in many local election campaigns. He has written an interesting booklet called ‘How to Win a Local Election’, containing tips on campaigning, of which I took away several copies. Piers’s basic belief is that leaflets are only any use as a tool for doorstep canvassing: “Have you seen our leaflet?” you can then ask the householder, holding up your own copy of the leaflet. “Leafleting without canvassing is just paper-shuffling,” he declared.

Margate is one place where UKIP do know how to win a local election. In May 2015, UKIP won control of Thanet council, which covers the three seaside towns of Margate, Broadstairs and Ramsgate. It is the only district or county council in the UK run by UKIP.

The next day, I met Chris Wells, the leader of the council, and his deputy Lin Fairbrass. They outlined various problems which had arisen on the council in the first few months, with a few defections and by-elections. Some of the problems had arisen because UKIP’s original policy plank of reopening Manston Airport has, thus far, proved impossible to achieve due to financial constraints. This upset a few UKIP councillors, but calm has now been restored, and the UKIP group operates much more smoothly now, even though there is no party whip.

“You can’t really have a whip with UKIP because Ukippers, if they are ordered what to do will generally get quite belligerent and do the opposite – which is understandable,” Chris explained.  (I am paraphrasing him.)  “So we had to develop a system of discussing our plans clearly with the group, so that members who disagreed with a certain proposal could at least tell us, so that we would have advance warning of how they were going to vote. This system works fairly smoothly now.”

After briefly losing their majority, UKIP won two by-elections the week before my arrival, to regain control of the council. Chris and his able deputy, Lin, obviously have a clear idea of what is necessary to run the council efficiently.

I sampled the delights of Ramsgate that night – much quieter than Margate, but with plenty of promenade pubs – then travelled north to Peterborough the following day.  There I met Cllr Pete Reeve. Pete is UKIP’s Local Government spokesman and represents the party on the Local Government Association (LGA), where he is deputy leader of the Independent group.

Pete had a load of campaign advice to offer, as well as an extremely detailed knowledge of all UKIP’s policies regarding council services. However, he accepts that the policies followed by UKIP in England need not be precisely the same as the ones which we develop in the Assembly group in devolved Wales.  The UKIP national policies are merely a guide, and a template for us.

Pete also pointed out that there were a lot of facilities and information I could access if I visited him in Westminster at a future date, at the offices of the LGA.  I agreed that this would be a good idea, and Pete also accepted my invitation to visit Wales in the near future with a view to discussing campaign issues with some of our council candidates.

So, all in all, an interesting and informative trip which will give me something to build on.

(I would like to thank Richard Lewis (my assistant at the Assembly), Ben Cook, Mark Reckless, David Soutter, Piers Wauchope and Laura Musgrave (PA to Chris Wells) for their help in organising the meetings.) 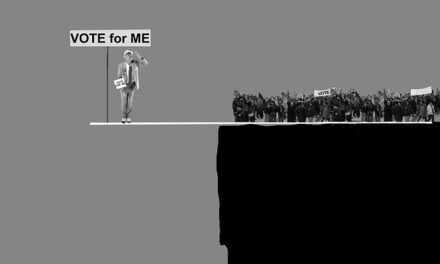 FROM BEHIND THE PAYWALL – On Brexit, a GE and a No Confidence Vote

THE US ELECTION RESULT

Heywood and Middleton – Progress “Up North”