They knew – Part One

Our Government stand accused of allowing angry young Muslims the opportunity to leave the UK to fight for Islamic State as the idea appealed to their religious views and understanding of the Quran, and it allowed our Government to direct that anger towards regimes in the Middle East which it wished to overthrow. Namely Gadaffi and Assad.

David Cameron tried to garner public support for military interventions in both Libya and Syria, Theresa May was Home Secretary. They used all manner of means to convince the public to agree to their clamour for our armed forces to become involved in yet another full blown conflict, but no amount of propaganda could sway the public who were still jaded from the failed incursions in Iraq.

Islamic extremists in the UK subject to Control Orders were reportedly allowed the opportunity to join Islamic State forces in Syria and Libya and were given their passports back with some here claiming asylum and offered citizenship and benefits in return.

These Islamists were allowed to leave and return despite them being engaged in rape and murder on a scale not seen before. Our Goverment allowed their return, despite the obvious risks to the public and despite the knowledge of what they were doing.

I imagine that this was allowed to happen because their aims were mutually agreeable to the aims of the UK Government.  It makes no sense to anyone as to why they would do this unless they allowed it on the assumption that they would be able to keep a lid on it when they came back, aware of the Jihadists and their acquaintances and monitor them on anti-terrorist watchlists.

Ask yourself how and why whenever there is an atrocity it then turns out that perpetrator was known by the security services. Every single ISIS fighter is known for one thing or another and they are monitored, supposedly.

The Manchester suicide bomber was allowed to travel to Libya by our Government to join Islamic State and he was allowed to return here to blow up a pop concert. You can only imagine his reasoning for doing so, but like many who go out there to fight for their religious belief and Jihad, he would’ve done so in the belief that he was following the word of Allah, and that he was doing the right thing.

He wasnt, and this man and his fellow Islamic State barbarians need eradicating from the face of the earth, however his attack in Manchester would be easier to understand if he suddenly had a realisation that he had been used as a pawn by the ‘Western Infidel’ to carry out their agenda.

I cant imagine how anyone could do such a thing, to target children or what kind of mentality can produce this response. Our Government and media all follow the same drill when these things happen.

He was a lone wolf, he acted alone, his views dont represent Islam, we all stand together.

It’s why after the bombing in Manchester we have everyone in authority stating the same thing despite us all knowing different,

“This is nothing to do with Islam, it is an extremist view by a man who was radicalised”.

However the truth is that it is the views of a minority within Islam and that’s a fact, but in order to keep a lid on things and not to alienate the Muslim community further our Government, media and authorities issue statements such as “We are all Muslims” like Hillary Clinton did, or as our then Home Secretary Theresa May said, well aware herself of the full picture and of the need to contain any backlash against the moderate, peace loving muslims in the UK; “We are working with police to provide a breakdown in religious-based hate crime data will help forces to build community trust, target their resources, and enable the public to hold them to account.”In other words she will invent new laws to stop people blaming all Muslims for these acts of horror and terror.

Our Government have been playing both sides of the same coin. They have been allowing Islamic extremists to exist, even assisting them in their aims as it suited their agenda and at the same time they have been appeared inactive in dealing with this threat posed to the general public, who have quite rightly demanded action and answers. To which point they invented the crime of ‘Hate Speech’ to clamp down on anyone who voiced frustration or anger at the wider Muslim community for these crimes which were apparently committed in the name of their God.

It’s why Tommy Robinson is arrested so many times. He is genuinely speaking out against the crimes of some in the Muslim Community, (the grooming scandal being a seperate issue altogether) but our Government, who have allowed these extremists to exist, need to keep a lid on the anti-Muslim rhetoric as they are aware that this extreme element exists but isn’t a full representation of that community.

Nothing else from what I have seen fully explains why things which make no sense are still happening.

Part Two of “They Knew” will follow on UKIP Daily 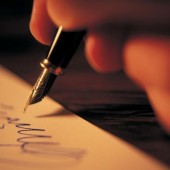 The birth of Parliament Part 1

A GRUMPY OLD WOMAN WRITES: ON THE BOOK PRESERVATION SOCIETY

Is this what we want, what we really, really want? – part 1