Just in case some readers don’t realise, UKIP Daily is run on an independent basis by members and supporters of the party. It has no official connection or blessing of the party, although they do not object to us as our stance is broadly supportive.

These members and supporters are volunteers. We have a team who provide all-week coverage, and they find time out of their own lives, their own priorities, families and jobs to bring UKIP Daily to you.

Today, suddenly, we have lost one of our “duty editors” who covered more than one day of the week. At the same time, I have been Editor-in-Chief for over 2 years now, and I had been wanting to move on myself – the priorities in my own life have changed and it is becoming increasingly difficult for me to put in the energy to the online magazine that I once did. While I am not going to “do a runner”, I do want to hand over the role (and some of the “duty days” of the week) to someone else. None of the existing team have the bandwidth to expand their responsibilities, so it means someone new to the team has to take over.

OTHERWISE, gentle readers, it means UKIP Daily is going to have to CLOSE DOWN.

Do you think you’ve got what it takes? Here’s what I see as the prime qualifications for the role:

The rewards? £0 I fear. But over the previous 2 years I have gained a great deal of satisfaction from supporting the party, providing an intellectual forum to hopefully improve the knowledge of its activists and the appreciation of many people (but not all of them!)

Contact me, brian@ukipdaily.com, if you want to explore taking on this role. First, we’d feed you in as a “duty day editor” to learn the ropes, then in about 2 months’ time to take over the Editor-in-Chief role.

Brian Otridge was Editor-in-Chief of UKIP Daily for 2 years till March 2016. He has been an aircraft engineer, currently works in the IT Industry and also enjoys writing on a wide variety of subjects. He was the UKIP Parliamentary Candidate for Southend West in Essex in 2015, but now lives in Lancashire 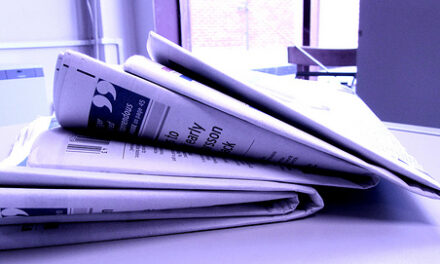