Ukip won’t be cowed – and we’re not going away.

Following the recent news coverage of Jeremy Clarkson’s alleged use of the n-word, the Telegraph blogger and former Labour Party activist Dan Hodges took to Twitter to condemn Clarkson. UKIP PPC Frank Fisher challenged Hodges on this, pointing out that all language is, by it’s nature, contextual, and that no word in-and-of-itself is ‘racist’. Hodges himself used the n-word repeatedly during the Twitter exchange, seemingly oblivious to the fact that, by his own logic, this made him a racist.

Hodges used exerpts from the Twitter exchange in his Telegraph column in order to paint Fisher, and UKIP by extention as racist. The comments were turned off, and no right of reply was offered to Fisher by The Telegraph. So we have extended him that right here instead:

As the Telegraph, formerly a national newspaper and now a propagandist rag for the Establishment, refuses to give me a right to reply to Dan Hodges’ angry rant at me, Jeremy Clarkson and the British people, UKIP Daily have kindly given me this opportunity to put my side. I hope Dan does me the courtesy of reading it.

What exactly are you accusing me of Dan? Specifically, what am I supposed to have said that is ‘wrong’? Are you angry that I don’t think Jeremy Clarkson is a racist? Are you annoyed that I listen to NWA and, gosh, sing along in my car? Alone, naturally – the kids aren’t keen on my singing for some reason. In truth I’m more of a Public Enemy fan but is this now a crime for Ukippers? Or any white person? Are you suggesting CDs come with a warning label attached outlining which ethnic groups may listen to the music, which can hum along and who’s allowed to sing? Or are you, bizarrely, angry that I maintain that context and intent are critical to understanding in language? Is that it? That’s a simple statement of fact Dan, and to argue against the importance of context in communication is to argue against sanity and civilisation.

The thing is Dan, whatever your accusation is, I’m not afraid of you. I’m not afraid of these absurd denunciations, Kafkaesque secret charges, this show trial by media. I’m not afraid of you, the Telegraph, the BBC, LibLabCon. You have an excellent position for this bullying, you can shout louder and further than I can, your shrill unfounded and unexplained accusations will carry far – but I’m right, and you’re wrong. I’m one of the good guys, and you, very clearly, are not.

I’m not a racist – and I note your Telegraph article steers clear of actually making that charge, overtly. You’re not stupid, just nasty, and I’m betting your lawyers are even less stupid. You may feel that simply publishing partial tweets, out of context, and four or five from a conversation involving dozens of messages, and many participants, keeps you out of court and you’re probably right; but everyone on the other side of the screen knows what you are doing, and why. You’re warping and misrepresenting views, positions, conversations. You’re ruthlessly and relentlessly hunting down two or three word phrases you can lift from context and spin. The full story is still up there on Twitter – dig into @frank_fisher and @DPJHodges for side conversations.  Any reasonable person can see I’m asking pertinent questions, and defending debate, rational argument, discussion, but you warp it to suggest I’m defending racism.

This calculated campaign, carried out by you, your Migration Matters Trust associates, your fellow travellers and gullible journalists across the media is not just about shutting down any discussion about immigration, or shutting down any racist discussion – because nothing like that came up in our little tweet fight last night. It’s about shutting down UKIPers 100%, making us afraid to open our mouths at all, on any subject, because we know that anything we say will be taken out of context and used against us.

Well, tough Dan. I’m not shutting up. I’m mad as hell, and I’m not taking it any more. You’re paid to smear UKIP. It’s money in the bank for you. I’m not paid to defend UKIP, or myself. Still less am I paid to defend Jeremy Clarkson, or Nigel Farage, or to explain why this unprecedented hate campaign against UKIP is entirely counter-productive. Counter-productive? You bet. Nigel knows why, and Jezza knows I would imagine, because they know this country – the British like an underdog, and we do not like bullies.

What encouraged me during that Twitter spat on Thursday night was the number of people jumping in both to defend me, and defend the principles I was talking about. A young black guy from Hammersmith trying patiently to explain to you that the N word was, despite all your rants, a word that had different meanings in different contexts. A word by the way that you used more than anyone last night, and I and my supporters not at all. And that feller, @Derrien92, was told by you, Dan, that he needed a lecture on racism, that he didn’t know what he was talking about. What arrogance! Now, this guy was embarrassed to be supported by Kippers, was not there to defend me, but was defending reason, rationality, balance and sanity – and you start screeching at him too. If even he is disgusted by the fake outrages the anti-UKIP mob are whipping up, don’t you think your tag of ‘PR expert’ might be a little inaccurate?

I’m sad, obviously, but not surprised by this vicious and inaccurate smear, by the intentional misrepresentation of entirely reasonable points. But I’m also encouraged – because it’s all you’ve got, isn’t it? You can’t attack UKIP on policy; all you can do is lie, misrepresent, smear – endlessly lifting a word here, a phrase there, totally out of context, and plonk it out into Twitter to whip up a frenzy among your willing executioners. They always told me at school that bullies were weak, inside, and that’s it isn’t it Dan? You’re weak. You and the authoritarian Left have got nothing. Well I stood up to the bullies at school, I’ll stand up to them now. I’ve got nothing to be ashamed of, nothing to apologise for, nothing I need hide away from. I stand by every word I’ve written and I always have. I won’t hide away, and I won’t back down. I’m not afraid of you Dan, and I’m not afraid of speaking the truth.

UKIP and proud of it. 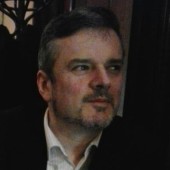