Why I Vote UKIP

It is both amusing and somewhat unsurprising that the mainstream attitudes towards UKIP voters from both British politicians and the general public continue to either label it as a ‘protest vote’ or to castigate its members as being small-minded, bigoted racists/homophobes. Presumably for evolutionary survival purposes, it has always been far easier for the human mind to generalise than to seek to truly understand. This, coupled with the corruption endemic within Westminster which, through its invidious ties with mass media, has sought to narrow the frame of acceptable debate, makes revulsion towards UKIP both easy and morally justifiable.

Parties which do not endorse diversity with the vigour of LibLabCon go against the liberal roots of political correctness. Thus, UKIP’s most visible founding aims – to tightly limit immigration and leave Europe (successfully portrayed by the establishment as a utopia of multiculturalism) – license any and all commentators to treat any view which deviates from the new liberal norms with scorn and, occasionally, hatred.

Of course, as a UKIP voter, this is nothing I wouldn’t expect from Westminster. One of the best things about the party’s recent surge is seeing the current members of the band of self-serving, corrupt bourgeoisie we call politicians struggling to rationalise what is happening to them. It is painfully obvious that they still do not understand what UKIP is about when one watches even the most recent version of Question Time. Still, these clueless bigots dance around what should be patently obvious, insisting that this is a short-lived fad designed to ’shake them up’, and by ‘ensuring we listen to the genuine concerns about immigration’, the movement will magically go away come General Election time. Their safe generalisation that UKIP is ‘just’ a party about Europe, or ‘just’ one about immigration makes it easy to dismiss. But the electorate is shifting beneath them.

Perhaps they still do not realise why this is happening. *Their* children, after all, do not attend bog-standard comprehensive schools, they do not see first-hand the effect mass immigration has on local communities. Their operations are funded by friendly millionaires, not the people they are supposed to represent. These are people who believe their only job, aside from appeasing immigrant groups, is sucking up to the people they hate, the working class. Labour benefits from globalisation; it has created ethnic voting blocs and the language of mock-altruism in the first place to keep its champagne socialists in power. It has always relied on appealing to sentiment over sense.

The Conservative leadership doesn’t stand for anything, least of all people with genuine conservative moral opinions. Like its Labour predecessors, it too has pursued a strategy of trying to appease niche groups to win votes. David Cameron has sold out the views of the people who have historically been his supporters in order to try to win over niche left wing groups. It has failed spectacularly.

Everything they say we are is what UKIP is not. Here’s what UKIP is. UKIP is both a genuine morally conservative party and the closest thing we have to an economically libertarian party. UKIP is *not* a far-right party. It promotes a small state, a free market, and a system of governance that those elected to govern can choose, not faceless Brussels bureaucrats.

UKIP says if you want to smoke a cigarette in a ventilated section of a pub, you can. UKIP doesn’t believe in political correctness, that invidious form of propaganda which has destroyed everything from TV sitcoms to broadcast forums of political debate. UKIP will abolish expensive state projects which are a waste of time: the Department of Energy and Climate Change built in response to pseudo-science and environmentalist agitprop; slicing the foreign aid budget to prioritise disaster relief and water and inoculation projects for preventable disease; abolish the requirement to funnel £8bn a year into Brussels so that people who do not live here can govern us. UKIP will bring back grammar schools, it will introduce the successful German system of allowing less academic types to pursue an apprenticeship instead of GCSEs, ensuring the skills needed for vacancies. UKIP will adopt the Australian points-based system of immigration, where applicants will be graded on their actual ability to integrate into modern British democracy. They must be able to speak our language, have a job to go to and skills befitting that role, with NHS-approved health insurance.

The stereotypes about UKIP, the image of us as the ‘uneducated taxi driver’, the racist, xenophobe types, are quickly wearing thin. UKIP is uniting people from all aspects of the political spectrum. The disenfranchised working class who want to work, but cannot due to a saturated job market, and who find their needs consistently ignored by the Eton elite. The middle class, who find their degrees completely devalued by Blair’s idiotic mantra of ‘everyone should go to university’, and their own prospects for careers destroyed by the saturated sellers market, where it is a viable business strategy for employers to use people as expendable commodities for cheap labour (there’s plenty more out there who could replace them, after all). Those in business who realise the importance of minimal EU bureaucracy, and want to recruit based on skills, not on nonsensical equalist tick-box rotas. ANYONE who believes in the sanctity of the traditional family, personal liberty, and freedom of speech and thought.

They don’t realise that every time they dismiss us, condescend us, or insult us, they galvanise us and make the movement stronger. The amount of people disillusioned with politics, and clever enough to realise that Russell Brand’s nonsensical and bizarrely unspecific call for a left-wing revolution (by, erm, not voting) doesn’t hold any water, who will turn instead to UKIP, will continue to surprise and do damage. The UKIP earthquake has only sounded its first few rumbles. The true, seismic toppling of the British political cadaver is yet to come. We will march on, whatever is thrown at us. Unlike the establishment, we are very, very excited for 2015. 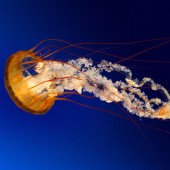 Richard Saint is a digital marketer who also blogs on business and politics in his spare time. An ex-Tory, he joined UKIP after becoming disillusioned with David Cameron’s attempts to be all things to all men. He wants an end to Political Correctness obscuring the course of justice and an EU-free Britain.

I agree with Nick, vote UKIP and protest