Where are we bound?

I hope you have already spotted my title’s contronym.

Through the murk, I am beginning to see a possibility.

Clearly, deciding how to vote is going to involve a complex choice. One needs to deliver a Brexit Is Still ON message without letting the LibDems in through the slight crack in the draft proofing (which ought to have been replaced a few years back). They will be standing as a Remain party and harbouring delusions that they will pick up 48% of the vote. Playing against them is the prospect that Tony Blair is planning to support them. Most people will think that, if ‘Mr Death’ is advocating their loony Remain stunt, it will be another catastrophe. He has no route back.

So we have the enigma which is Nigel Farage. Had he stood and won a seat, then UKIP would have been immeasurably strengthened in Parliament, as he is star material on the stump. But he would have then been ensnarled as a minority MP there, maybe called to speak every three months. As MEP and Chair of Europe of Freedom and Democracy, he has a much stronger voice in the European Parliament with entitlement to be called to speak on every major issue.

He commands a wide body of respect but on occasions, he does get it very wrong. His hastily withdrawn Referendum concession was one example. Before that, his first resignation after the General Election was another. Is he over-emotional at the crucial moment? Before I unintentionally begin to sound like a decidedly dodgy marriage guidance counselor, let us look at the squares on the  board.

There is an arguable case that a suddenly resurgent UKIP could actually play into the hands of the Remoaners. People really need to think this one through. There was always going to be a problem after Brexit was won. The single aim was what kept vastly disparate thoughts together for the ride. Outside of that objective, it seemed there were more factions than there were members.

The theoretical contenders for government are Conservative, Labour and Liberal Democrats. The actual sole contender is the Tory Party. The SNP has peaked and has nowhere to go, in several senses.

A massive concern is that Theresa May was firmly on the Remain side during the referendum. She did not speak a lot about it but adopted the demeanor of a nun, tucked away in some Siberian convent. So she was able to avoid taking on a huge risk of sounding as foolish as… (now what is the simile? Ah yes!) David Cameron. Crucially, she did bat for Remain and presumably would have been very happy had they won. One could imagine them, rejoicing and slapping each others backs, saying, ‘It was closer than we thought, but we did it!’

That uncomfortable mental image is not easy to dislodge from the brain – which is why I have placed it in yours! How are we meant to unpack this? Is May without any principles herself and is able to simply change horses in mid-race, by jumping from back to back in the manner of a Mongolian horseman?

If there is any traction in this, then how can we tell she would not do the same thing again? Do you feel at all queasy? Actually, I have some admiration for her, qua politician, but this nagging question will simply not disappear easily from my mind.

Now to her party. The Conservative MPs are, in the majority, Remoaners. Would I buy a second hand car off any of them? No, I would even count my fingers after shaking hands, such is my distrust. The concern is that this could be a way of turning around the will to Leave by muddying the waters. After having won by a landslide, would Mother Theresa still be in thrall to these treacherous oppressors?

Using a Machiavellian approach, I see a possibility here. A way to cut through the Gordian knot, hinted at in my ambiguous title. Maybe there is a deal to be cut with the Conservatives? There are many seats in the UK where the Tories will never stand a chance but UKIP could overturn Labour. If UKIP were to stand down in key Tory seats in exchange for reciprocation in kind, then the inevitable Conservative win would still occur but we might also see a dozen or three UKIP seats.

An ultimate two party system of Tory and UKIP could be the new dichotomy of politics. The latter would then stand up for the individual against Globalist and Metropolitan Elitism. How about rebranding it as My Party?

Maybe there is a deal to be done here with the Tories? Is Paul Nuttall up to it? 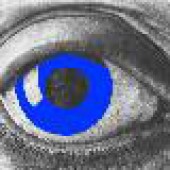 WHAT COMMANDS A MAJORITY IN THE HOUSE OF COMMONS?