Why is the Civil Service Failing? – Part II

This article was first published on Briefings for Britain and we republish here with kind permission. Continued from Part I.

A revelatory moment towards the end of my career came when a fast stream officer in her twenties came to me after completing her first posting specialising in a part of the Middle East, explaining that now she had done something ‘operational’ could she please now be appointed a ‘manager’. In other words, she could see that there was limited career merit in developing a high level of expertise as, for example, an Arabist specialising in Gulf Affairs. No, what she needed was to move as swiftly as possible to a role managing other people. Securing a non-core role, such as designing a diversity programme, was also much sought after – because it suggested that the officer was being groomed for ‘leadership’. Ambitions of this kind quickly confuse the means with the ends: pushing paper with work. Hence the morale-sapping and seemingly endless reorganisation exercises that bedevil the public service and most especially the NHS where another power-play dynamic can be seen. Nurses switched out of patient care into pointless management posts that add no value to overall service. One hears too many stories of highly qualified consultants baling out rather than put up with pointless layers of bureaucracy, while others who choose to stay are forced to waste inordinate time fighting to be left alone to get on with treating their patients.

There are many such anecdotes circulating privately and publicly. One senior UK civil servant recently complained to me that the lack of focus on the tedious business of delivery has meant that in his department a junior official in their mid-twenties and armed only with a theology degree and limited experience in the charity sector was now the policy lead in a crucial area of the Brexit negotiations. A former civil servant, Neil Wellum, with 30 years of service summed it up very well in a recent letter to the Telegraph (see here), when he observed that the Covid-19 pandemic ‘has exposed some fundamental decision-making weaknesses in the machinery of government in Britain.’ He saw this ‘as a consequence of the Modernising Government programme that started almost 20 years ago. Since then, the balance between trust and experience on one hand and process and scrutiny on the other has been damagingly shifted too far towards the latter… It is not uncommon for almost the entire upper-management tier of executive agencies and non-departmental public bodies to comprise very able people who have no practical experience of the area they oversee. They are, however, steeped in the language, beliefs and processes that underpin the current administrative system. Their mandate is to run an accountable business; this absorbs huge resources, inflates the number of senior management posts and distracts from doing the job. Something as difficult to deal with as a pandemic requires a much greater reliance on experience at the top.’

I recall an agonised debate in the early noughties about whether my own department should include ‘can do’ as a core value. In the end, the powers that be decided against. Some were worried that ‘can do’ implied an unwelcome degree of impetuous, ill-considered enthusiasm. Happily for us, the military have no qualms about ‘can do’ and have sought to preserve a culture that is not fazed when things go wrong. The military always assume that no plan will survive first contact with the enemy – and they require officers with the courage and confidence to react swiftly, making good decisions in real time. The response from the military on Nightingale Hospitals and testing centres testifies to the culture. Too many senior civil servants, by contrast, are risk averse and slow to act. Worse, in the case of PHE, it looks as though these faults were exacerbated by a turf-driven unwillingness to share information, consult effectively with the private sector and learn from the experiences of other states which had had to cope with SARS and MERS.

The acceleration of the culture war around identity politics that we have seen since the death of George Floyd in the US has provided a shocking insight into just how far ‘woke’ politics now exert a direct influence on the leadership of our state funded institutions. In a brilliant recent article (see here), Charles Moore makes the point that ‘it is not that racism does not matter, but that definitions and remedies differ dramatically. Many mandarins have failed to recognise – as they failed with Brexit – that other views legitimately exist. They appear not to understand that their views, publicly expressed, undermine the neutrality of public service.’ He goes on to conclude: ’These trends suggest that the present Government is right to try to recall the public service to its chief duty, which is to stop striking attitudes and to make policy work. Hence the coming reorganisation of the Cabinet Office, the search for a new Cabinet Secretary and a new head of the Foreign Office – and the quiet but firm moves against all these woke Sir Humphreys.’

The ‘woke’ phenomenon isn’t just a problem around lack of impartiality. It is more insidious than that. The grip that ‘woke-think’ now has on state-funded institutions and large corporates also reflects a power-play. Ambitious career builders who are not as concerned as they should be with the central business of their organisation, but have a strong interest in self-promotion, have latched onto ‘woke’ issues as a mechanism to acquire and exert power within their host organisations. This has a cancerous impact on effectiveness and leaves organisations increasingly hollowed out and useless. It is, after all, so much easier to build power on the basis of shared groupthink than on the rather greater challenge of delivering the best outcome possible for the taxpayer and voter. One reads with genuine alarm, for example, recent reports (see here) that the British Library’s chief librarian, Liz Jolly, is claiming that ‘racism is the creation of white people’ and that a ‘Decolonising Working Group’ is set to pronounce on major cultural change at the institution. Something is deeply amiss if a person expressing such views can be appointed to a position of such cultural eminence. Is it any wonder that Brexiteers have steadfastly ignored ‘the experts’ since 2016?

The ‘Pseudo-Ethics’ of Social Justice In Economics, Politics And Religion 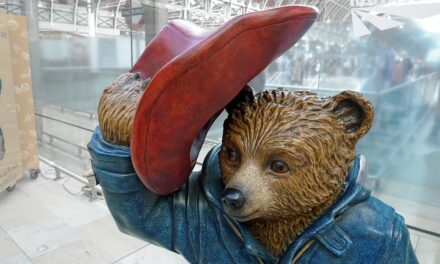