Who will be misled?

Since its creation the European Union (EU) has changed and evolved, commonly known as the European Project, towards ever closer political union and integration into a single super-state governed centrally.  It would be a reasonable assumption that this trend will continue; the apparatus to make it happen is in place and working.  Even apparent catastrophes don’t seem to stop this juggernaut. Quite the opposite, they can be portrayed as justification for continuing.

Part of this apparatus of ever closer political union has been, and continues to be, supplied by this country, or more specifically by the ruling establishment.  The only differences I can see between the main political parties are cosmetic, or am I missing something?  What does seem obvious though, based on their behaviour and public statements, is that they all wish to continue to play a major part in the ruling apparatus of the EU in future.

So how will the ruling apparatus of the EU respond in future to the existing ruling establishment of this country?  This is far from an academic or hypothetical question; the outcome will affect all our lives for many years to come.  Each of us will have a view on this.

My view is that there will be a continuation of existing custom and practice, the UK’s existing ruling establishment will be expected to fall into the EU ruling apparatus’s line, perhaps with an occasional minor spat or disagreement that can be hailed as a triumph by everyone.  After all, everything is geared up to going in one direction, ever closer union, so there is little will or resources present to change direction. On a personal level, relationships have been built up over the years; our ruling elite seem very much at ease in the company of other EU rulers, and very uncomfortable moving amongst us.  We seem to be talked at and not listened to; it is like they have pulled up the drawbridge against us, or again are my perceptions incorrect?

We have been told, especially by one political party, that they will ‘go in hard’ to negotiate a better deal for us with the EU.  Many years ago one of my colleagues had the somewhat unenviable job of negotiating with the general secretary of a particularly belligerent trade union.  Not the easiest task in the world when trade unions had real power, but what actually happened out of sight of everyone else, this very well known ‘hard ball’ would ask ‘what can you offer that I can sell to my members?’  I can’t see our political establishment doing any better than that, especially when their hearts are not in it, they have limited influence outside EU orthodoxy and they are experts at spin, apparently employing the best spin doctors.

George Orwell in his essay Politics and the English Language wrote (in 1946) about how political language, being used widely, was designed to make lies sound truthful and to give the appearance of solidity to pure wind.  Having read his well written and perceptive work it is easy to agree that the same is happening today.   With our existing political establishment, I find it difficult to believe that the future will be any different, the European Project will continue with our rulers playing a prominent role.  Only we, the people working together in grassroots organisations such as UKIP, can fight our corner.

What’s yours is mine: the EU’s threatened vaccine grab would damage the rule of law 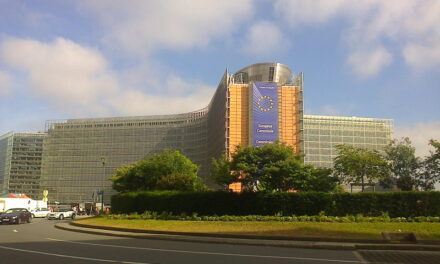