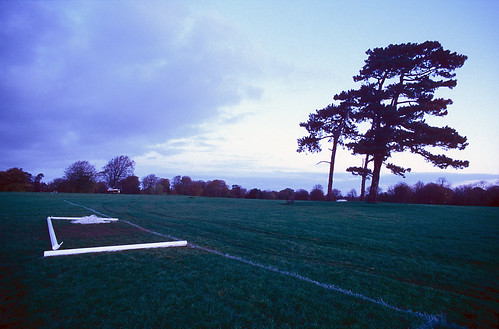 Amidst the reports on the ongoing madness and confusion about Covid policies there was one precious article which will delight us all (joke!). There is also  the danger of the intergenerational warfare coming up over the horizon which will intensify in future. The Times is ‘framing’ that narrative already. More on that below.

First, a general sweep of Covid ‘news’: Sunak will shell out more money; Starmer calls for a general Lockdown – circuit- or firebreak, no matter – even as his colleagues, the mayors of big cities like Manchester, are stomping their feet about the economic devastation their local tier-3 lockdowns are having. This comes under: ‘Westminster’ has the money, they only need to hand it out. All right – Labour’s economic illiteracy ain’t news. Then there’s the warning by police chiefs who have told MPs that they can’t and won’t fine people, given that the ‘rulz’ are confusing and ‘difficult to understand:

“Police […] also warned that the public were being further confused by the Government issuing “guidance” advising people against actions such as non-essential travel which, unlike regulations, officers had no power to enforce.The disclosures to MPs on the home affairs committee on Wednesday also saw two of the most senior officers in the frontline of the fight against Covid-19 unable to correctly say whether two people from separate households in Tier 2 areas could meet indoors, which is illegal.” (paywalled link)

Well, the police have understood nothing. Politicians have made these rules confusing on purpose so that police can fine anything that moves: money must come into depleted council coffers. It surely has now become obvious that these latest ‘Covid Policies’ are due to the posturing of politicians, ministers and mayors alike, as well as the unelected ‘government scientists’ and ‘experts’ relishing the unaccustomed limelight, provided that news and numbers from actual clinicians can be suppressed.

This suppression doesn’t even need the draconian threats of e.g. ‘Our NHS’ to all doctors and nurses not to speak to the press by pain of losing their jobs. It’s already being enforced by the Covid MSM where staggering covid news items are buried under a welter of irrelevant graphs and numbers.

Here is one item which slipped through the covid-censors net. It’s in an article about data from ICUs which show that, thanks to the latest treatments, covid has become less deadly. Good news, that, surely:

“According to the most recent Intensive Care National Audit and Research Center report (Icnarc), the chance of surviving Covid for at least 28 days has risen from 61 per cent to 72 per cent between the two waves.The fall is seen across all ages, although the news is even better for the under-70s. For those aged between 50 and 69, the risk of death in intensive care has almost halved, dropping from around 38 per cent to just over 20 per cent. For the under-50s, the mortality risk has fallen from around 18 per cent to below 10 per cent.” (paywalled link)

However, doesn’t this mean that people might now ask if and why these latest lockdowns are necessary? Lockdowns, you recall, which start this weekend … A knave who thinks these draconian measures are driven by ‘care’ for us plebs rather than political posturing! But then there’s this:

“Experts say it is possible that doctors have set a lower clinical threshold for admission to intensive care because the system is not as overloaded as during the first wave.” (paywalled link)

Ah – surreptitiously moving the Lockdown goalposts, are they? Another example of preventing us peasants from being told the actual numbers, just as the numbers of covid deaths are shrouded in statistical obfuscation by PHE. Who could argue with Prof Carl Henegan who told the author of that report:

“There is an urgent need to place the hospital data into context of what normally happens at this time of year. The lack of transparent data and the tendency to over predict and exaggerate the problems is not helping decision-makers and affecting policy.” (paywalled link)

Indeed there is – but that would further demolish the reasons for lockdowns, local or national, wouldn’t it! The main concern of the Covid MSM and especially the politicians still is about keeping control of us while saving their collective faces. Therefore, “we” must be kept in the dark. They are supported in this endeavour by all the critics of BJ and his policies. Yes, he’s shown himself to be a very weak reed – but let’s not forget that he’s been forced by the Covid MSM’s fear and hysteria campaign to act on the advice given by the unelected SAGEs and their assorted hangers-on who remain blameless.

And so to that precious article I mentioned above. You remember Mark Sedwill? Ah – what a long time ago it was when he was mentioned ‘in dispatches’ … And here he is again, after all that time! His interview with the BC has been published not because of his criticism of government – the headline is stunning: “Lord Sedwill: ‘Government did not have exact measures’ for tackling Covid crisis” – but because his remarks are just perfect for again digging Dominic Cummings out of the murk that is No 10, even though Sedwill is speaking in careful Mandarin Speak:

“Asked whether Mr Cummings should have resigned amid a public outcry over his trip to County Durham during lockdown, he said he disagreed that people should quit “every time they make a mistake”. However, he acknowledged that it had been a “difficult moment for the Government” and had “clearly undermined” ministers’ efforts to get people to comply with social distancing rules.” (paywalled link)

People tend to believe what the BC and the papers tell them, thus it has now become ‘teh truth’: all ‘covid rule breakers’ only do this because: “Cummings!”. Nobody is talking any longer about that SNP politician who travelled from Glasgow to London and back just as that 2nd-wave hysteria was kicking off. I’m also anticipating the claim by ‘celebrity rule breakers’’ like Blair or Lineker: ‘Cummings made them do it’.

However, the following remarks from Sedwill – who was still Cabinet Secretary and top Mandarin at that time – are astounding:

“In comments that will reignite the debate about whether Boris Johnson was too slow to enter lockdown in March, Lord Sedwill said one of “two big questions” was whether decisions had been “taken at the right time”. In his first interview since stepping down as head of the civil service, he said the second bone of contention was over the Government’s “capabilities” and whether the “right balance of investment” had been made in pandemic contingency planning.” (paywalled link)

Indeed these are the questions we’d all like to have answered, but now see the weaselling-out by Sedwill – it is a thing of beauty:

“While the UK had rehearsed other scenarios, such as pandemic influenza, Lord Sedwill told the BBC the Government had not prepared for the “exact measures” necessary for the “challenge Covid-19 presented”. […] “If it had been a different pandemic, by the way, the answer wouldn’t have been a lockdown,” he said. “I think there is a genuine question about whether we could have been better prepared in the first place and that is obviously a very legitimate challenge.” (paywalled link)

Ah – it’s “we” who weren’t properly prepared! Who is this “we”? Shouldn’t that be Whitehall, which was under the leadership of Sedwill himself at that time? Perish the thought that the Covid MSM might use these remarks by the then Chief Mandarin to exculpate BJ! He and his hapless government ought to have foreseen the Covid pandemic as soon as they stepped into No 10 in December, after the GE. Never mind the petitesse of Brexit which engaged BJ and his cabinet in January!

Sedwill gives the impression that he has already forgotten about that. However, several comment posters below that article have pointed out that Sedwill tried to engineer an extension to the Brexit deadline of December 31st this year while BJ was in hospital with Covid. That is now also best forgotten …

Furthermore, his remarks about Whitehall not being prepared for this ‘new sort’ of pandemic will sink below the horizon, as will his remark that in any other ‘sort of pandemic’ Lockdowns would not have been the ‘answer’ preferred by mandarins.

Finally and briefly: that ‘war between the generations’. The Covid MSM have been heaving with reports about how the young suffer under the various Lockdown rules. “Lost generation” is the preferred description. Now there are reports about how well they are behaving:

“The rise in coronavirus cases in England has slowed as young people have been frightened into following social-distancing rules, officials believe. The trend appears to have been a key factor in helping the northeast to escape Tier 3 restrictions. Concern about “long Covid” has been suggested as one reason for the young changing their behaviour.” (link, paywalled)

Never mind that these young people are clearly frightened by the irresponsible fear campaign in the Covid MSM. That can be disregarded, you might think – were there not the numerous articles asking if it’s right to keep ‘the young’ in for the sake of ‘saving the lives of the old’, and were it not for opinion pieces, carefully worded, about how ‘the young’ believe the ‘old’ have it all and how unfair that is. It doesn’t matter that ‘the old’ haven’t demanded these lockdowns, to the contrary.

I can’t help but see this as further, preliminary, warning shots in a surreptitious campaign to make politicians feel free to target the elderly in their attempts to recoup the Covid money they’ve shelled out. The narrative, so carefully framed, is that of ‘the rich old’ against the valiant, poor youth. There will be more in that vein coming down the road, especially post-covid.

Be warned – there are more ways to ‘kill granny’ than by giving her Covid. The Westminster Cabal is already poised to stoke the flames of intergenerational resentment and conflict. Stay vigilant and

NOT “PASSPORT TO PIMLICO”, BUT HOSTILE HOBNAILED BOOTS ON OUR SOIL