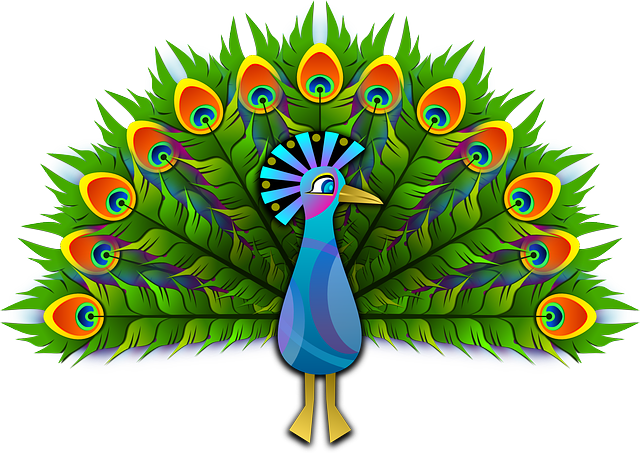 The votes for ‘that Bill’ were cast last night in the HoC. Government ‘won’ – we’ll get to that below. I was looking forward to watch the proceedings, but given the ghost town that is the HoC thanks to post-covid fear, it was worse than disappointing. As for the reports in ‘Our MSM’ – oh dear!

But first: “Covid News” – “we” have another “test crisis”! There aren’t enough tests and lab workers! “Our NHS” is at the forefront of the wailings:

“NHS hospitals are cancelling operations and turning away patients amid a deepening crisis over coronavirus testing, health chiefs have warned. They said shortages of coronavirus tests are now threatening the running of services, with growing staff absences, because so many doctors and nurses are stuck at home, unable to obtain tests for themselves or their families.” (paywalled link)

More ‘staff absences’ and thus fewer ‘services’ because doctors and nurses fear they have Covid? How did that happen? To cope with this latest ’emergency’, authorities’ are now trying to recruit students and ‘recently qualified science graduates’ to help out. That has the Covid hacks gasp with outrage:

“Rather than seasoned laboratory experts, the Lighthouse labs would accept “recent graduates with a degree in a biological discipline…. seeking their first professional laboratory role”. […] The Government’s moonshot programme to use mass testing in order to get the country back to work is currently so poorly staffed that bosses are prepared to use barely trained undergraduates to work through the backlog.“ (paywalled link)

Why that is wail-worthy is beyond my understanding – does one suddenly need to have a PhD to do routine lab work? Are these undergraduates not ‘trainable’? Oh dear! Meanwhile, here’s a hint as to why there’s suddenly such shortage of tests:

“Lord Bethell of Romford, the testing minister, told peers yesterday that “we are throwing everything we can at the test and trace system” but that demand had been too great. He added: “I welcome enormously the return of children to school but . . . this has led to a very large increase in the number of children who are being sent to testing centres, often bringing their parents and other household members with them, and that has put an enormous pressure on the system.” (link, paywalled)

But – that’s what ‘everybody’ was told to do: get tested even when asymptomatic because you could be ‘a spreader’, right? It’s what the health correspondents in ‘Our MSM’ have been propagating for weeks! Tests, according to them, are the be-all and end-all to ‘defeat Covid’!  Meanwhile, Hancock is preparing to publish ‘restrictions’ on who all can have a test:

“But faced with shortages he is now studying how restrictions might work. Some in government hope that stories about shortages will reduce demand from the “worried well”. ” (link, paywalled)

Gawd – how I loathe this patronising label: ‘worried well’! Haven’t people been made to worry themselves sick by that constant fear & hysteria campaign in ‘Our MSM’? Might they not have to convince employers or teachers that they don’t have the virus by showing they’ve been tested?

Why aren’t the ‘science’ and ‘health’ editors of ‘Our MSM’ starting to ask how come there’s this ‘rise’ in fear-inducing case numbers when people have been muzzled up for some time now? Is it because they cannot let go of their fear & hysteria campaign, so they can drive government before them? Just look at this hidden gem:

“Downing Street also confirmed yesterday that it was considering compulsory isolation for those with symptoms and their families. A spokesman said: “We’ve always said we keep the issue of whether or not that [isolation] should be mandatory under review.” (link, paywalled)

Get tested – get ‘traced’, and get compulsory isolation … well, that ought to reduce the number of people wanting tests!

Thanks to Post-Covid Madness there’s more proof that it’s ‘Our MSM’ driving politics, not politicians. The ghost-town of what used to be the HoC has certainly helped in that endeavour. I mentioned that I tried to watch proceedings yesterday afternoon and gave up. I couldn’t bear to see the ‘talking heads’ of MPs ‘participating’ via Zoom. It makes the peacocking of MPs even worse.

Then there’s the fact that Remain Tories – we expected nothing but Remain from the opposition parties – who lost out on cabinet seats after the December GE have used the bone thrown by ‘Our MSM’, that “we” will breach international law, and chewed it to pieces, to peacock around in said MSM, to the detriment of our Nation.

That there’s no such breach, that this Bill is entirely legal as many eminent QCs and lawyers have written: no matter! “Remain QCs” get their objections reported in ‘Our MSM’ which also shamelessly give prominence to the has-beens: former PMs – like Major and Blair, nuff said! – and ‘former ministers’ like Mr Javid, in their endeavour to discredit the PM and by extension our Nation. See this:

“He [Javid] is one of 18 Tory MPs who have publicly opposed legislation which cleared its first Commons hurdle on Monday night, while David Cameron became the fifth former prime minister to express misgivings about it, […] The rebels include 10 former ministers, five of whom served in the Cabinet. […] They are joined by Lord Hague, who writes in Tuesdays’s Telegraph that international law is “not some abstract concept”. Five former Conservative Party leaders have now criticised Mr Johnson’s actions.” (paywalled link)

“Senior Tories, led by the ex-chancellor Sajid Javid, defied a three-line whip and abstained on legislation that would give ministers the power to override parts of the EU withdrawal agreement. In the end the government comfortably won the vote by a majority of 77 with the support of the DUP. Among Tories who abstained was Mr Javid, along with two former attorney-generals, Geoffrey Cox and Jeremy Wright. Two former Northern Ireland secretaries, Karen Bradley and Julian Smith, also failed to vote, as did the chairman of the foreign affairs select committee, Tobias Ellwood.” (link, paywalled)

RemainCentral does report that the DUP, whose MPs might be just a little bit better informed about NI issues than ‘former NI secretaries’, voted for this Bill, but their reasons for doing so is apparently irrelevant. Instead, ‘Our MSM’ elevate ‘Tory Grandees’, and try to spin yesterday’s result into something of a defeat for Johnson. It’s all about the ‘revolt’, regardless of the fact that apparently the rest of the Tory MPs, the non-prominent backbenchers, weren’t revolting, to the contrary!

Here is a video clip of Sir Bill Cash in the HoC yesterday who pointed out, amongst other fulminating arguments for the Bill, that Clause 38 had been inserted without any opposing voices in the HoC or at the Committee stages. This again begs the question: did the HoC Remain peacocks not read the document, the clause? Somehow the Remain MSM all seem to’ve missed Sir Bill Cash’s speech!

The unmissable Sir John Redwood has penned another of his excellent Diary entries – not that ‘our MSM’ have taken a blind bit of notice of his arguments! He concludes this morning’s entry thus:

“There are those who still seem to think it would be bad faith for the UK to exercise its sovereign powers in this way, and claim it is a breach of international law to do so. This Agreement between the UK and the EU is not some world law enforced by some world court. It is an international Agreement where the two sides disagree about its meaning and each claim bad faith about the other. Such disputes have to be sorted out between the two parties.” (link)

Do read the whole thing – and do read an excellent contribution in this morning’s publication by our friends at facts4eu, especially the conclusion:

“Sometimes a little history puts things into perspective – In 1802, about a year after the Act of Union came into force, the UK government signed the Treaty of Amiens with a number of continental powers, including France, to establish peace in Europe. It lasted just 14 months – at which point Napoleon threatened to annex territories unless the British stopped saying mean things about him in the newspapers. Will the EU Withdrawal Treaty last as long? Not if our MPs today grasp what polite society knew in 1802: threats are more than just bad manners.” (link)

To round this up, have a look at how the votes yesterday night stacked up – this is from the Parliament site, with an impressive graph, demonstrating how seriously Remain took this vote: they simply went home, they abstained! They couldn’t even back their ‘conviction’ why casting their vote!

That’s how we know that this ‘revolt’ is only about posturing by ‘former ministers’, by ‘eminent backbench grandees’. It’s about their craving for ‘relevance’, for more opportunities to peacock in the MSM since peacocking in that ghost-town of the current HoC isn’t that impressive.

I leave you with a hilarious unforced error by Hilary Benn (Lab), quoted in RemainCentral:

“[He] said: “There is a moral here. The first moral is read stuff before you sign it, and the second moral is don’t go round telling the world that the United Kingdom cannot be trusted to keep its word.” (link, paywalled)

Indeed, Hilary! You did read Clause 38, didn’t you – or did you? And of course, all those Remainers, from Tory ‘Rebels’ to the Labour Leader to all those eminent Remain QCs did just that, didn’t they:  ‘going round telling the world …’ , to the delight of Remainers such as yourself, Hilary. ‘Tis good to know that you realised this, albeit involuntarily.

Putting down one’s country in ‘Our MSM’ and the HoC is never a good look, not when we peasants out here, who want Brexit done, watch, listen – and remember!

WHY DOES THE EU WANT TO MAKE IT DIFFICULT FOR THE UK TO LEAVE THE EU?

A Letter from another White Van Man to Emily Thornberry MP