Two women got on at Baker Street with me and sat opposite. The  younger looked at me for awhile, then leaned forward and said “are you going to the march?” We both laughed. ”Yes,” I said, “How can you tell?” 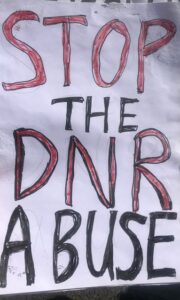 But I too had sensed they were also going. We chatted; her mum – in her 70s – was coming along too. They both felt strongly about freedom and had had enough of lockdowns and the whole coercion tactics.

This time we were supposed to bring children and get them to throw kids shoes and things over parliaments gates to highlight the aversion to jabbing of children. But I doubted many kids would be able to come as the summer holidays hadn’t started yet. But parliament breaks up on Wednesday so of course the urgency for the rally was now.

I and my tube friend were both concerned about the DNR abuse – why is it ever used without permission? Why is it kept secret from individuals and families? Why has its use been increased for disabled people and everyone in care homes? Was it used to increase Covid deaths? These are all questions that must be answered. 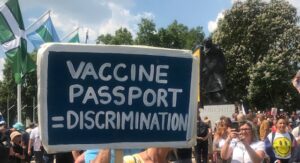 When we arrived at Westminster we could hear the crowd. There were a huge variety of chants and messages all based around the “pandemic”. Posters against lockdown, anti-vaccine, pro-ivermectin, protect our kids, Boris is a bin bag…

Today was Freedom Day, widely being renamed as Disaster Day, with Boris in isolation and the row about lockdown still raging. While others argued many simply grabbed freedom.

The only thing I instinctively agree on is that we are facing a huge mental health time bomb. Many don’t want their freedom back, they’ve got used to  being locked away and being told what to do. And many poor souls have been so lonely and cut off that they are now suicidal, what little human contact they had having been cruelly torn away. 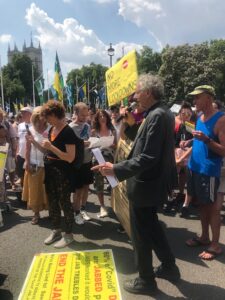 Different chants went out through the day.

Traffic was unable to pass through parliament square and an attempt by the police to clear it was met with a sit down protest.

Piers Corbyn arrived and we gathered to hear what he had to say. He is a nice man and along with his speech he now often tries to give suggestions on what vitamins and tonics to take in order to combat side effects of the jab. Mark Sexton the ex policeman attracted a huge crowd on the green but it was virtually impossible to hear him.

Whatever your feelings on the vaccine – for or against – our civil liberties have been severely undermined and we can no longer afford to sleepwalk through life.

Parliament was taken over for the day. People chanted, made speeches, danced, sang, and attempted to reach Downing Street but were blocked off by the police. A Nigerian protest was apparently taking place there.

The heat of the sun increased as the day went on. Many found shade by the Suffragettes statue. “Courage calls to courage everywhere”.

On buying a cold drink I noticed riot police amassing by the station. Then they seemed to strike a pose and begin trotting towards the crowd. These protests are clearly used as training procedures by the police. Their numbers are always too large for peaceful protests. Police over-presence always inflames the crowd – either pointless or deliberate? – both I would say. A long row of masked police also stood outside parliament gates. A row of police vans were lined up opposite Westminster station. At one point the police started to push the crowd. Yes, part of their job is to keep London moving but that wasn’t going to happen today in Westminster so pushing people around was pointless. 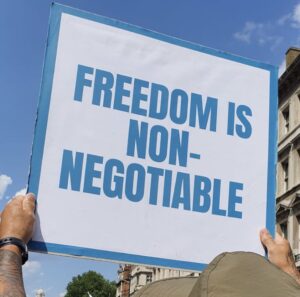 Eventually I sat down behind Churchill and wondered what direction the great man himself would have given us. I think he would be shocked we ever entertained a lockdown in the first place. I looked at the MSM News – surprise – they were reporting on our protest, but we were “anti-vax louts” throwing bottles at the police… ah so that’s why we weren’t being ignored today unlike vastly larger protests I have attended… they had an agenda for today’s reporting.

Eventually the police formed themselves into a barrier and a loudhailer with a recorded message was informing everyone to stand on the Green if they wanted to protest.

Time to go home I thought, with a detour by the beautiful Thames for some air and to ponder on where on Earth we go from here… 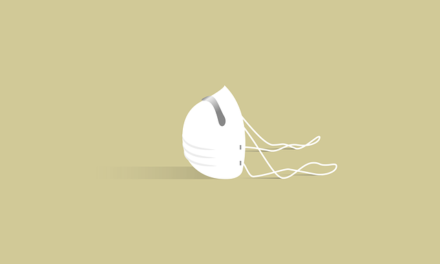 The Great Mask Debate: Will You Be Burning Yours? 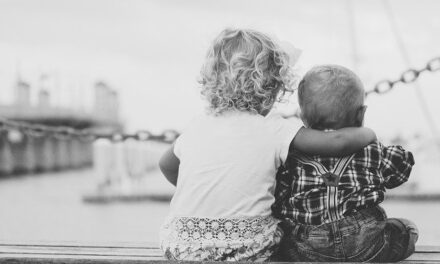