COVID19 HYSTERIA, LOCKDOWN FAILURES, INCENTIVES TO MIS-REPORT, DEATHS FROM, WITH AND BECAUSE OF

This article was first published in FreeNations.com and we republish here with their kind permission.

Countries’ national figures for Coronavirus show the number of cases and deaths and provide the stuff of newspaper and media headlines. But they are both probably entirely wrong and misleading. Economically disastrous Lockdowns may have had no effect. The USA is doing far better than Europe. The NHS hysteria has caused non Covid deaths.

We know from Italy that death certificates of those dying with coronavirus as the cause of death account for only 12% of reported deaths. We know from the British NHS that only about 5 to 10% of the “coronavirus deaths” are caused solely by the virus.

We know that in Italy the average age of those who “died of coronavirus” was 81 and Professor Sir David Spiegelhalter, of the University of Cambridge, has said that in the UK it is usual that in any one year 10% of those over 80 die and the probability of those in this age range dying of the coronavirus is exactly the same!

We also know that the UK deaths given per day include for the most part deaths which took place days and in some cases weeks ago but which statistical incompetence and medical inefficiency have delayed.It is so bad in the UK that we are the only advanced industrial country that cannot produce recovery statistics.

These truths, of course, would dent the Government approved media programme of mass hysteria.

The Covid-19 death rate also increasingly appears to be much lower than the originally predicted 3.4 per cent from the World Health Organisation or 0.9 per cent from Imperial College. A new Danish antibody study with 1,500 blood donors found a death rate of 0.16 per cent, similar to flu. Another antibody study from Colorado, USA, came to a similar conclusion. The study in Gangelt, Germany found 0.37 per cent. These studies show death tolls that are much more comparable with flu epidemics.

THE PROBLEMS WITH LOCKDOWNS

The main problems with lockdowns are the disastrous economic consequences and the inhibition of “herd immunity” – where the maximum number of the least vulnerable are exposed and so acquire immunity and reduce the danger for the most vulnerable.

As we showed in the last post there is an apparent match between lower levels of COVID19 infections and the TB vaccination. Unfortunately in the UK it is the youngest, school age, group which have NOT been given that vacation since it was stopped as a universal measure in 2005.

Nevertheless there have been virtually no deaths of under 20s due to COVID19 but that age group has been sent home from school to where they are exposed (as carriers) to their elderly relatives.

Either just before the UK Lockdown (or blatantly after – with several politicians caught doing it!) thousands of people left the major cities to live with their families in the country – taking any infection they had from the worst hit urban areas to the countryside where there are fewer hospitals and acute beds to cater for the sick.

Although it is difficult to “prove the counter factual” – in other words show that the health outcomes would have been different in any country if the government had not had a complete lockdown – we can nevertheless compare different countries’ policies and outcomes. And the infection trend before and after a lockdown.

In the USA there has been no general lockdown. Each state has different degrees of restriction with California the most stringent although even there there is no general prohibition to go to work.

All the other above countries’ infection curve is between these two lines whereas the USA’s curve is BELOW the slower increase curve. In the USA infections are some 644,000 whereas in Europe they are over 920,000 (as at 16th April).

In the USA cases per one million of population are lower than Spain, Italy, France and Belgium, while the American death rate is lower than all those countries plus the Netherlands, the UK, Switzerland and Sweden.

In this virus crisis so far the deaths in Europe have been 80,500 and in the USA 28,600 but from what we know of the real coronavirus deaths as opposed to deaths WITH coronavirus those figures should be respectively about 8,000 and 2,800 – roughly equivalent to the suicides we can expect from the recession caused but the coronavirus lockdown!

Governments have brought the world economically to its knees and must justify their panic. Governments feel they have to exaggerate to frighten people into a lockdown. Governments have spent millions on extra beds so have to try to show they were necessary. For example in the USA “White House Coroner Virus Response Coordinator” Deborah Birx admited to counting deaths as covid-19, that really had other causes:

“If someone dies with Covid-19, we are counting that as a Covid-19 death.” “In this country, we have taken a very Liberal approach to mortality”.

If somebody has an accident with injuries, then is admitted to a hospital and tests positive for Covid-19 with no symptoms, and dies of their injuries, that death is counted as a Covid-19 death even though Covid-19 was not the cause of death!

Finally they put perverse financial incentives on hospitals to misreport.

DEATHS BECAUSE OF COVID19 HYSTERIA

In addition we can observe another category – those who die of neglect because they are turned away from hospitals which are setting aside staff and beds for the FEAR of a sudden influx of COVID19 cases – in most cases unnecessarily.

In the week ending 3rd April there was a rise of 6261 deaths over the same period last year BUT 2786 of those were of NON COVID DEATHS.

The grave situation is summed up by one doctor, Dr Malcolm Kendrick:

“Last week, in Intermediate Care, we sent two patients into the local hospital who were seriously ill. They were both sent back almost immediately. They both died. Yes, they were ill, and may have died anyway. But I believe they should both have been admitted, and treated, and they could both still be alive. They died because of COVID.”

The so-called “Nightingale Hospitals” of intensive care beds set up or about to be set up in London, Manchester, Birmingham, Harrogate, Sunderland, Exeter, and Bristol have a total of approximately 7,000 beds. The London Nightingale has 4,000 but on Easter weekend (almost certainly the peak of this infection in the UK) only 19 beds were being used!

But these hospitals are a direct result of the self-induced panic by the Government/media establishment and the incompetence of the NHS to provide enough ICU beds in the right parts of the country – despite being a “National” health service!

Generally in Europe and the USA COVID19 cases are past their peak and the world situation looks ever better, taking recoveries as a % of cases:

But in Germany in recent days there have been 5 consecutive days of rises in the rate of deaths and in Belgium there has been a sudden rise from 500 new cases on the 15th April to nearly 2,500 on April 16th – although as we know from the UK the State’s reporting of deaths can accumulate figures from many days and indeed weeks past!

On the other hand Austria and Norway certainly seem to have completed their infection curve, each taking just over 40 days to complete the cycle. South Korea took 43 days.

RA is the author of 7 books on political economy and the EU, an occasional adviser to Minsters and MPs since 1981, the founder of the Freenations website which is read in over 100 countries and a previous parliamentary candidate for the Referendum Party and UKIP. In 2000 he came within a few votes of winning the UKIP leadership election.

How UKIP Can Avoid Another Henry Bolton 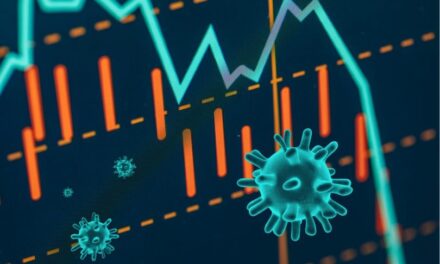