THE GLOBALISATION PROGRAM MUST CONTINUE AND YOU WILL OBEY 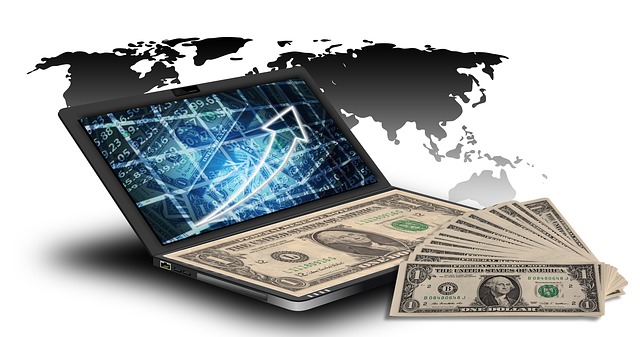 The purpose of democracy is not to deliver the will of the people but a struggle for the top jobs among the elite, said Joseph Schumpeter.

Anyone who imagines that the recent election will free Britain is dreaming.

If Johnson delivers a genuine Brexit in terms of leaving the control of the EU then he’ll be going against the entire function of his party – promoting the interests of globalised power. Apparently no one has told the ‘members’ that they are mere window dressing for a business lobbying outfit. An outstanding lobbying company able not only able to provide clients with unlimited media access for promotion of their interests but even to make laws to their advantage. These services rightly command high fees.

Johnson is a part of the elite so he won’t want a real departure or he’d become an outcast within his set. He’d never have been raised to the candidate list for leader if he were not made of the right stuff. What to do? Sneaky tricks again so it looks like we’ve left? Or, far more cunning, temporary informal arrangements where we effectively remain pending rejoining a ‘reformed’ EU or more direct control by the world elite in the name of justice, equality blah?

I predict bogus stronger border controls but yet more immigration plus legalising possibly a million illegals as a ‘one-off’ solution. Johnson has been after legalising illegals for a long time. Even the pretence of a cap on overall numbers has now been abandoned. More illegals can’t follow ready for the next amnesty because of the new strong border controls oh yes.

Local communities complaining about massive development projects ruining their pleasant neighbourhoods have been skillfully misdirected to blind themselves to the fact that there is any connection with immigration. Really bad manners to mention it old chap.

At all costs the British people must be replaced. We stand in the way of a global business park of rootless, itinerant casual workers. The global project for which Johnson works expects him to do the job. Those pesky Northern mill and pit working-classes will get a few coins thrown to them from the windows of toff Johnson’s motorcade to keep them quiet. It’s straight from Robert Tressell’s “Ragged Trousered Philanthropists”.

One of the things I most admire about the Tories is the manner in which they’ve persuaded a mass of poorer people that because they can afford the odd foreign holiday that they enjoy unprecedented prosperity. It resembles the story told in North Korea about how well off they are compared to the outside. The reality in Britain is nightmare housing costs and a diminishing prospect of any career ladder or security for most. Someone told me recently about a man in Grimsby he’d met who said he was using food banks but thought of Johnson as his kind of person he’d like to see elected.

Metro Labour sold out to globalisation years ago. The Queen gave up decades ago. As David Starkey says, all those red boxes are a waste of her time. UKIP has destroyed itself or been destroyed.

Farage appears to have dumped his latest party after claiming to want to change politics for good. He suddenly abandoned this strategic objective in midstream for the tactical one of getting the Tories elected. They now enjoy a big enough majority to walk on us all and there is no viable opposition.

A third party on the way for Farage? I’m not sure that Nigel, for all his service in getting the referendum, can attract the same level of support for yet another party. It all begins to look too clever by half.

How does Johnson plan to allay dissent following the honeymoon while ensuring that the global plan moves forward? Perhaps ducking and diving along the path but ever on. If it stopped it would go into reverse.

Let’s show we care with the Pickpocket‘s Friend – Virtue Signalling.

More green virtue signalling about saving the world and yet higher heating costs. More police. They will soon be absorbed into the bottomless pit of useless labour bureaucracies are expert in creating or added to the army of watchers for incorrect language. Protecting the people’s feelings. More cash for the NHS. It appears to be a secret that free health care is actually rationed and that the demand for it expands with the supply so don’t expect rapid care.

I think Johnson has learned much from the career of the man whose biography he wrote. Position yourself as a controversial radical who then gets called in when the regulars bring things to a stuttering halt. Be ingeniously verbal and you can get away with stuff. BBB as the expression used to run. Bullshit Baffles Brains.

Churchill’s ‘finest hour’ speech of June 1940 is an instructive example of planting an idea at odds with the facts using soundbites and creating a myth. In that case the imaginary German invasion. Try reading the whole speech. They did not have the shipping.

In Johnson’s case ‘Get Brexit done’ – when the passing of the new treaty – for that is what it is – leaves us in much the same position except with no say and subject to detailed negotiation with ample room for the sneaky clauses the EU is expert in. Try reading the whole agreement – if it ever arrives. But when the treaty passes Parliament you’ll hear the cry ‘BREXIT DELIVERED’ from the roof of the Palace of Westminster.

Above all, remember what Johnson said about the time he got drunk at university and spent a night in the cells. He said he learned about the vast power the state has over the individual.

As our Editor-in-Chief warns, many a slip twixt…

How England became the mother of modern politics – Part 7 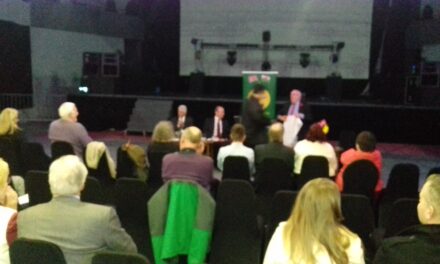 Electoral Reform (Stage 1), The arguments for voting reform. Part 4b.