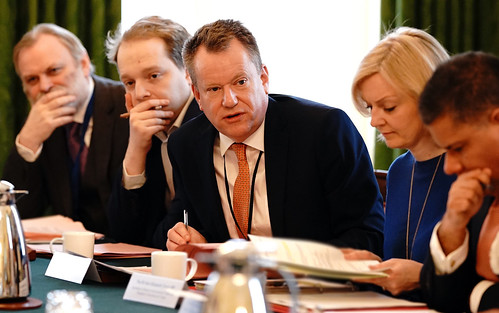 Yes, we’re talking about Brexit today! There’s the letter written by David Frost to Michel Barnier and then there’s the reaction in ‘Our MSM’: practically invisible. All right, they’re still into wall-to-wall CV-19 reporting so there’s obviously no space for something as piddlingly insignificant as Brexit. RemainCentral couldn’t be bothered as their homepage this morning documents. The DT has three opinion pieces, two from EU Research Institutions. More on that below, let’s firstly look at the actual letter.

Yesterday afternoon our friends at facts4eu couldn’t contain their joy, shown by their headline:

“The UK’s letter to the EU yesterday is a work of beauty – David Frost, UK Head of EU Trade Negotiations, deserves a knighthood” (link)

Do read their excellent comment! They’ve also published the whole letter, but it’s very hard to read on their site. Therefore they also provided the link to the government publication so that we can read the original ourselves.

This is the link, and I wholeheartedly agree with our friends, having read the whole thing. I know one ought not to flick through right to the letter’s end, but for me, how David Frost signs this letter reflects his attitude – it’s a lovely stiletto plunged into the puffed-up Barnier and indeed the whole EU ‘team’:

No highfalutin ‘title’ there! Back to the top where Mr Frost provides the link to the draft legal texts (here) as he promised last Friday, advising Barnier:

“We are making the texts public as a constructive contribution to the negotiations, and in particular as a response to your suggestions in the last two Rounds that it would help you explain our proposals in more detail to Member States. We are very clear that we are not seeking to negotiate directly with Member States and that it is for you, as the EU’s negotiator, to manage any differences of perspective that may emerge. I hope that today’s publication will facilitate that work and clear up any misunderstandings about the purpose and effect of what we have put to you.” (link)

Me – I’m grinning: ’tis honey smeared round Barnier’s mouth, accompanied by stings.  Obviously all member states have now independent access to those texts since they’re electronically available. Thus it’s impossible for ‘Our Michel’ to ‘filter’ them through his sieve of ‘cherry picking Brits’.

Next, some of Mr Frost’s observations, laying bare how the EU in the person of Barnier has been “negotiating”:

“[…] we find it perplexing that the EU, instead of seeking to settle rapidly a high-quality set of agreements with a close economic partner, is instead insisting on additional, unbalanced, and unprecedented provisions in a range of areas, as a precondition for agreement between us.” (link)

“The EU has also not proposed anything on services which reflects the specific nature of our relationship: indeed your team has told us that the EU’s market access offer on services might be less than that tabled with Australia and New Zealand. Overall, we find it hard to see what makes the UK, uniquely among your trading partners, so unworthy of being offered the kind of well-precedented arrangements commonplace in modern FTAs.” (link)

Ouch! Explain that, Michel! Next, Mr Frost is especially scathing – in a properly understated English way – about that ‘Level Playing Field:

“The EU is now asking the UK to commit to much more than that. Your text contains novel and unbalanced proposals which would bind this country to EU law or standards, and would prescribe the institutions which we would need to establish to deliver on these provisions. To take a particularly egregious example, your text would require the UK simply to accept EU state aid rules; would enable the EU, and only the EU, to put tariffs on trade with the UK if we breached those rules; and would require us to accept an enforcement mechanism which gives a specific role to the European Court of Justice. You must see that this is simply not a provision any democratic country could sign, since it would mean that the British people could not decide our own rules to support our own industries in our own Parliament.” (link)

“Overall, at this moment in negotiations, what is on offer is not a fair free trade relationship between close economic partners, but a relatively low-quality trade agreement coming with unprecedented EU oversight of our laws and institutions. It does not have to be like this. I remain convinced that it would be very straightforward for us to agree a modern and high-quality FTA and other separate agreements, like those you have agreed with other close partners around the world, and that we could do so quickly. I do hope that in the weeks to come the EU will think again about its proposals in a way that will enable us to then find a rapid and constructive alternative way forward.” (link)

Just so – and remember that this letter is now out there, for everybody to read. M Barnier can no longer ‘cherry-pick’ and interpret the terms set out by our team in his EU way. Read the whole thing, the examples Mr Frost gives regarding the EU negotiating tactics and what they’ve put on the table are astounding.

And now to the opinion pieces in the DT. One is by David Campbell-Bannerman who praises the post-Brexit reduction of tariffs (paywalled link). The other two are from ‘research fellows’ in EU-related institutions. The first is by a Ms Jill Rutter, senior research fellow at ‘UK in a Changing Europe’. That’s Remain, innit, as the title shows :

“Whining won’t persuade the EU to play by the rules in post-Brexit talks – David Frost’s complaint could be part of a cunning plan to clinch a deal, but his bluntness makes it so much harder to pull off”. (paywalled link)

Setting out well documented counter arguments can only be interpreted as ‘whining’ if one’s in the pay of Brussels! To describe the language as ‘undiplomatic’: yeah well, if one’s convinced that Barnier is the only diplomat around and that the language of diplomacy, like in the preceding centuries, is French …

The following quotes show precisely that EU/Remain advocates still believe that we must go cap-in-hand to beg the mighty EU:

“The Frost letter reads more like the arguments of a barrister in a court of law. But the problem for Frost is that trade negotiations are not like legal arguments: there is no obligation at all on the EU to offer the UK the same as it has offered other countries before.  Frost’s complaints about the EU’s unreasonableness are unlikely to make many in the UK taskforce, or in distracted national capitals trying to cope with Covid, change their minds. The letter reads like a rather whiny child complaining that the big kid isn’t playing by the rules. What Frost failed to set out is any of the benefits to the EU of the sort of agreements the UK was offering […]” (paywalled link)

Savour Ms Rutter’s language, especially this: ‘there’s no obligation for the EU …’  – fine. there’s none for us either – we can leave on the 31st of December with No Deal. Ms Rutter conclusion has to be seen to be believed:

“But it is just possible that this is all a cunning plan. […] There could even now be background WhatsApp conversations exploring possible areas where the two sides could come closer, preparing for Boris Johnson to pull off another October surprise and conclude a last minute deal. The danger is that the Frost rhetoric, which looks like preparing the way for a UK walkout, makes any political move later in the year even harder to pull off.” (paywalled link)

Don’t be fooled – this is not about concluding a deal, it’s about forcing Johnson to ask for an extension, accompanied by a transparent attempt to undermine Mr Frost. We can guess where that is coming from …!

In the other DT piece Mr Sam Lowe, a senior research fellow at the ‘Centre for European Reform’, is letting the EU cat out of the Brussels bag:

“In this context, the narrative being promoted by Frost and the British government — that the UK just wants a basic trade deal — is both untrue and unhelpful. Of course the trade agreement should be ambitious, and of course the geographic proximity of the EU and UK requires unique provisions. Pretending otherwise might play well at home, with talk of being treated unfairly getting British backs up. But it has zero influence on the EU’s negotiating position.” (paywalled link)

In other words – Barnier and the EU don’t need to concede anything because they’re ‘The EU’. Mr Lowe accepts graciously that compromises need to be made but supports the Remain Dream that there would-should-must be an extension asked, nay: begged for by Johnson:

“But such a compromise will not be reached by the negotiators, Barnier and Frost; it requires political decisions to be made at the highest level. And British and European politicians are currently distracted, rightly, by the fallout from Covid-19. […] Only once the trade talks land back on Boris Johnson’s agenda later in the year will we know if there is a deal to be done.” (paywalled link)

Note that both EU ‘fellows’ suggest that because of CV-19 EU politicians can’t be expected to deal with Brexit and that Johnson surely ought to ask the EU for an extension. We all know why the EU would happily grant such extension: it would mean us paying more into their empty coffers, probably involving us into supporting that EU Covid ‘restructuring fund’ of a cool €1,000bn as we’ve already reported.

While Remain is still hoping for an extension the letter and texts now published would make that very difficult indeed for the PM.  Let’s not forget that Johnson, after the Lockdown shambles, cannot hope to continue as PM should he give in to the EU.

I hope M Barnier has had a few very bad hours reading the letter of ‘Sherpa David Frost’. We should rejoice over that letter – there’s not much to be happy about these many weeks. However, we must not take our eyes off the Brexit ball because the Remain crew wails ‘but – but – COVID!’ So, because it works, we’ll 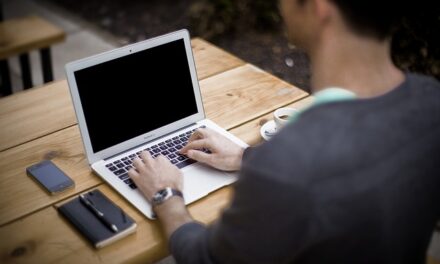 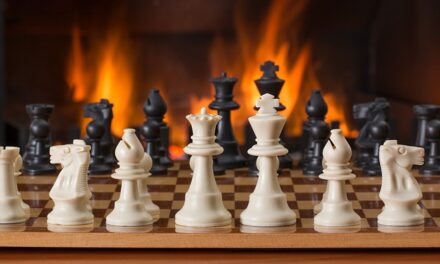