Saturday morning I made myself a light portable A3 placard with a handle (see left) checked the venue on The White Rose’s website, had an early lunch and set off for Hyde Park Corner. As I went up the escalator at Marble Arch at one o’clock, behind me I could hear chants of “Freedom!” I glanced over my shoulder and grinned at the unmasked chanters. These are my people.

There was a huge crowd outside – this video will give you a feel for it. I headed for the park, and at times couldn’t move for the press of people. This is the sixth anti-lockdown protest I’ve been on, the fourth march, and it looked to me to be even bigger than the last one on 29th May. Massive. We milled around for a bit, red flares went off, then slowly, as I imagine an avalanche does, the crowd began to move.

Not many police; at every protest, their numbers have been smaller, presumably because we are such an unthreatening bunch. Right at the start of the march some intrepid men clambered to the roof of a van belonging to the Territorial Support Group (aggressive police in baseball caps) and waved placards to cheers from the crowd. The atmosphere was terrific – a mood of levity, everyone cheerful and enjoying themselves. It was pretty noisy. Apart from chanting and general chat there were sound systems playing music that made me want to dance. A snappy placard is nearly as good as a dog for meeting strangers, but the difficulty of making yourself heard reminded me of discos in my youth.

Whenever people stranded in their cars or on open-top buses waved at us, we all cheered them. Occasionally the whole crowd together would let out a roar which was truly awesome.

This wasn’t just a Londoners’ protest. I met Theresa, who’d come all the way from Cornwall; this was her fourth anti-lockdown march. She’d never demonstrated until now. A man whose kilt I admired turned out to be from Yorkshire. I have huge respect for them, making such long journeys in the cause of freedom, a freedom which so many people seem not to care about.

Along Oxford Street a large multi-coloured blow-up ball appeared from nowhere. The man next to me threw it into the air, and for the rest of the march I saw it bob up and down ahead of me above the crowd. People stuck stickers on lampposts and one large Covid info sign was gradually disappearing under them. And see here for what can happen to an unattended police van . . .

Lots of good home-made signs (very different from Antifa and Remainer protests where they are printed by the organizers and handed out).

DENY, RESIST, DO NOT COMPLY

You cannot defeat tyranny with compliance

You’re not so special, Gina Coladangelo. Matt Hancock has f***ed all of us as well.

A man was dressed as a policeman, MINION written on his back, mask with a hole cut out, escorting a young woman wearing handcuffs and a T shirt with the legend: Will I make the mainstream news?

We walked down Oxford Street, then Regents Street to Piccadilly Circus (another video here), Trafalgar Square, the Embankment, Parliament Square where the statue of Churchill appeared to be looking down on us benignly, and Whitehall.

The crowd stopped and thickened when we reached Downing Street. The big gates were closed, and a line of police stood outside along the walls. Some people were throwing tennis balls into Downing Street – the significance of this was lost on me, until I read in the Telegraph they had messages written on them. We chanted “Shame on you!” and sung a song with the simple lyrics, Boris is a wanker! A sentiment with which it is difficult to disagree.

I wondered what would happen if the amiable crowd decided to storm the gates.

I wondered if Johnson was inside No. 10 cowering. And it occurred to me that if he had any guts at all, he’d come out and address the jeering crowd instead of leaving heavily outnumbered police to face us.

What a coward he is. 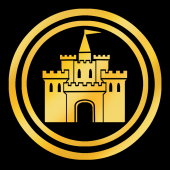 Scrutiny, Vigilance and the Media War

The Truth About Slavery: We Are All Equally Guilty (Part 2)

Government is defeated in House of Commons