YOUR DAILY BETRAYAL – Saturday 12th December 2020 – Brexit: The End is Nigh

Napoleon – not really a good example for Macron to follow …

Nothing has changed in regard to Brussels and Brexit. One more day gone, one more day wasted in and by Brussels, showing that the EU ‘leaders’, Paris and Berlin, are no longer interested in any sort of compromise. Their statements are carefully hidden in the few MSM Brexit articles this morning. They indicate that Brussels plans to use the ‘No Deal’ to force us back to their negotiating table. Our Remain MSM, by playing this down, clearly think that they must not incite something akin to national ire, pride and fervour in us Leave-voting plebs. Having ‘Royal Navy’ in the headlines must suffice …

First though, the scary news. Frosty is still negotiating and has apparently offered some concessions. I don’t know if he’s doing this in the certainty that these would not be accepted, especially not after Macron’s outburst yesterday, or if BJ has told him to wave a tiny white flag to indicate some sort of surrender:

“The UK has also signalled that it could lengthen a fishing transition period to five years, up from the original three years floated by Lord Frost, as well as reducing its initial demand of 80 per cent of the value of the fish to 60 per cent.” (paywalled link)

There seem to be even more concessions being proposed by Lord Frost. I find them highly suspicious:

“Government sources have signalled that financial support could form part of a “potential landing zone” for an agreement. Providing assistance to European coastal communities would also ease pressure on Emmanuel Macron, the French president, who has taken the hardest line on fishing among EU leaders amid fears of a backlash at home. Lord Frost, the UK’s chief negotiator, is also trying to find solutions on state subsidies and the EU’s level playing field demands designed to prevent it from diverging on standards in a way that undercut European businesses.” (paywalled link)

Well, let’s hope that these compromises will be rejected because Brussels is now hell-bent on getting that No Deal. Here’s Macron’s delicious, non-conciliatory statement to the EU leaders at yesterday’s summit:

“Mr Macron used an EU summit in Brussels to reassert his demand for access to UK fishing waters. “I’m not asking to have my cake and eat it, no,” he told the meeting. “All I want is a cake that’s worth its weight because I won’t give up my share either.” (link, paywalled)

A rather fishy cake, methinks, and I’m reminded of the fable of that dog, swimming across a river with a string of sausages in his mouth …  Macron refused to talk to Johnson, as has Ms Merkel. Ms vdLeyen is the only one Johnson is permitted to speak to (see below). Now see her statement, namely  that:

“EU fishermen had a “legitimate expectation” of being allowed to fish in UK waters regardless of the outcome of a trade deal. After the bloc on Thursday put forward no-deal proposals calling for 12 months of continued access, Ms von der Leyen also appeared to suggest that the UK regaining control of its waters was an “aspiration” rather than an inevitability.” (paywalled link)

This is quite extraordinary, demonstrating again the arrogance with which Brussels regards us even in those last days. Diplomatic language, indicating a will to compromise, it is not! See for yourselves:

“We understand that the UK aspires to control its waters,” she said.“The UK must, on the other hand, understand the legitimate expectations of EU fishing fleets built on decades, and, sometimes, centuries of access.” (paywalled link)

Yes, well, weren’t the negotiations meant to reconcile those two interests? Haven’t we seen, over the months and right up to these last days, that the EU believes they have an inalienable right to our fish, even though international circumstances, e.g about maritime exclusion zones, have changed during these ‘centuries of access’? Perhaps “we” ought to insist on our centuries-old access to the vineyards of Aquitaine? They were, after all, once in the possession of the British Crown … Perhaps we could even demand the return of the Normandy, or at least of Calais?

History is such an interesting subject! Perhaps the Germans, the Dutch and the Spanish might take a closer look at their history as well. Weren’t they once under the boot of the real Napoleon? Who can guarantee that, once historical events are being used to support a claim, today’s wannabe Napoleon might not demand French ‘legitimate expectations’ for rights to access and exploit those former parts of the French empire?

I do wonder why it is that none of our MSM seem to grasp that these statements illustrate clearly that the EU regards us as some sort of modern-day colony over which Brussels has the ‘historical’ right to exert control. It’s especially astounding in these days when all our national institutions are full of people working hard to ‘de-colonise’ our history.

However, there are the headlined reports that the Royal Navy is preparing to patrol the Channel and that there will be supporting legislation:

“The Royal Navy Police will be given the power to arrest French and other EU fishermen who illegally enter Britain’s waters in the event of a no-deal Brexit. The government is preparing legislation to extend the powers of the navy police so that they can board foreign vessels and arrest fishermen amid concerns about violent clashes in the Channel. The Royal Navy is also ready to deploy four patrol ships to stop and even impound EU fishing vessels if they illegally enter the Channel after a no-deal Brexit.” (link, paywalled)

Well, I dunno – will four patrol vessels be sufficient? Are we going to see ‘naval battles’ in the Channel? It sounds all very fishy to me and I wonder if this leak – it is a leak, it’s not a government announcement – as the article in the DT last evening (copied by The Times early this morning) shows. These leaks seem to be aimed at reassuring our fishermen that they will be protected.

It is also possible that these leaks are aimed at the wider EU ‘audience’, to show the 27 member states that we were negotiating in good faith and haven’t surreptitiously prepared for that No Deal ‘cliff edge’. All this only ‘emerged’ yesterday, and ‘Ministers are reported’ to plan this legislation (paywalled link)  ready for the 1st of January. Here’s the reason:

“Ministers have become increasingly worried that while the navy has the power to intercept any vessels illegally entering Britain’s waters, it does not have the power of arrest. The government can bring in the extended powers quickly through secondary legislation, meaning they will be ready for the end of the transition period on January 1.” (link, paywalled)

Of course, one cannot help but wonder if even here government is trying to calm down French minds by mentioning that the Royal Navy Police were to be given more powers rather than mentioning the Royal Marines. Let’s better not even hint that the SBS – recently in the news when they boarded that hijacked vessel in the waters around the Isle of Wight – is based in a Channel port …

To round this up: our MSM report that BJ was severely snubbed by both Macron and Merkel who told him they would not receive him when he declared that he’s prepared to travel to Paris and Berlin in order to achieve a deal. They told him he can only talk to Ms vdLeyen and that’s that.

There’s one more aspect to these final talks. It shows that Brussels is politically prepared for the No Deal:

“Brussels has warned EU governments not to break ranks or entertain the idea of side deals with Britain should trade talks fail, urging a firm line in order to force the UK back to the negotiation table “as soon as possible” after January 1. According to a diplomatic note seen by the Financial Times, EU member states were warned by Brussels not to do anything that would ease the consequences of a no-deal end to the Brexit transition period on January 1.” (link, paywalled)

It must now be obvious to even the staunchest Remainer that Brussels won’t compromise, that the talks are futile, and that the EU is now hell-bent on using No Deal as means to coerce us back to the talks, to cave in after we’re out:

“National governments were told it was important not to do anything that would replicate the benefits of EU membership, beyond what was contained in the specific, time-limited measures designed to keep planes flying and trucks moving. The decision not to include the so-called “fifth freedom” — allowing intra-EU airfreight movements — and to deny “cabotage” rights that would allow British trucks to make drop-offs around Europe were explicitly designed to keep up the pressures, diplomats were told.” (link, paywalled)

Well, these ‘fifth freedom’ measures cut both ways, don’t they. Why would we allow ‘cabotage’ rights to EU trucks? Why would we permit EU fishing vessels to land our fish in our ports, fish they have robbed from, ahem: caught in our waters?

Here’s another ‘incident’ from history. It’s called the ‘Continental System’ and was tried by the actual Napoleon to force us to our knees by blockading our trade. History buffs will remember how this Napoleonic attempt ended. The present-day wannabe Napoleon better heed the warning from history. 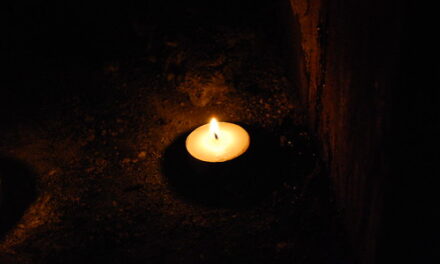 UK Democracy abolished and the Government of Europe!

It’s a Knockout: Farage takes round one