Nature abhors a vacuum, and as it is in nature so it is in politics. The inmates of the House of Clowns are ‘in recess’ – that’s holidays for you and me – and so we’re spared some of their inanities. We do get the soap opera that is the Tory Leadership contest, but since we know most of them already, their peacocking in front of the whole country only serves to show us how inane they are. One of them – a certain Rory Stewart – even confessed to have smoked opium while in Iran … naughty boy, innit, but the Nation just shrugs and moves on.

There’s a new YouGov poll out today, and it’s sending shockwaves through the establishment. Gleeful LibDems are topping the poll with 24%, followed by TBP with 22%, LabCon are on 19% each. Reports are here and here, the paywalled one is here.

While we’ve all learned not to trust polls, we’ve also learned that they are used to drive political agendas. And what a surprise: it’s Remain!

However, keeping in mind that Remain (24%) and Leave (22%) are within ±2% of each other, statistically there’s no significant difference. So keep your champagne on ice, Remainers. Interestingly enough, The Times, a.k.a. Remain Central, did make a worthwhile observation:

“The findings add to signs that the electorate is fracturing between those who support a no-deal Brexit and those who want to reverse the 2016 referendum result. The poll found that nearly 70 per cent of voters believed Brexit was the most important issue facing Britain.” (paywalled link)

Anthony Wells, director of political research at YouGov, made the following observations in the paywalled Times article:

“There is no precedent for two challenger parties overtaking them [LabCon]. Despite this breakthrough I’d urge some caution before reading the last rites over Britain’s two party system. Much of today’s poll findings will be the result of the immediate short-term impact of the European election results.” (paywalled link)

He then makes some soothing noises addressed at LabCon:

I wonder what he means with ‘in time’. We know the next Brexit break point is Halloween, we see the Tory Leadership Contestants being amazingly opaque in how they will address this vital issue, given that Mr Hammond is making ever more threatening noises from the off, for example:

“Yesterday Philip Hammond, the chancellor, became the first cabinet minister to suggest that the Brexit impasse could be resolved only by a second referendum.[…] Mr Hammond also warned that he could bring down a government whose leader was determined to pursue a no-deal Brexit. “I am very clear that the national interest trumps the party interest,” he told Sky News.” (paywalled link)

Good grief – would that be ‘the national interest as defined by Mr Hammond and the Treasury’? Does he not understand that this antediluvian attitude towards the electorate is no longer acceptable?

This poll result will harden the Labour attitude towards a 2nd referendum which, we can assume, will gain the Tory Ministers’ support. For him, for them, Remain indeed trumps the decision of us, the electorate.

Given this poll, even Corbyn might hesitate to call for a GE. Here is an intervention by a Scottish Labour MEP who lost his seat on May 23rd:

“it’s time to recognise that the only democratic way to solve this crisis and establish a lasting settlement over Brexit is to put this crucial question back to the people. Whether you want to leave the EU or to stay in, a people’s vote can unlock the Brexit process in Parliament, secure a stable majority in Westminster and legitimise the outcome.” (link, paywalled)

He seems to think that it’s totally democratic to stomp on the express wish of the electorate, to Leave, by dangling a new ‘democratic’ alternative: Remain or remain through BRINO …

He comes to this conclusion after some gratuitous smears of Nigel Farage (what else is new), coining a new expression: ‘Farage’s dark version of Brexit’ which must of course be stopped, by all and any means.

I expect Labour to use that new slogan of ‘Farage’s dark version of Brexit’ to supersede their slogan of  ‘preventing a Tory Brexit’. It is, in any case, always about stuffing the Leave voting electorate. Labour will now do their utmost to get that 2nd referendum in the hope of crushing Leave, but they would do well to think about the following observation by Mr Anthony Wells:

“Nevertheless, the sheer scale of the upset in the European elections and the voting intention figures do highlight the extent to which Brexit is breaking down traditional party allegiances and identifications that used to underpin our politics. For the time being at least, voters seem to be looking for the parties that represent their views on Brexit, rather than their usual party loyalties, to the benefit of those parties that have clear pro and anti-EU positions, rather than the compromises that the main two parties have contorted themselves into.” (paywalled link)

His concluding remarks might reassure the traditional LabCon politicians, but the sting is in the last sentence:

“Don’t write off the traditional party system just yet — it is, after all, only two years since Labour and the Conservatives won a combined 82 per cent of the votes in the election fought after the EU referendum. However, its foundations are looking shakier than I can ever remember and the challenge of delivering Brexit remains ahead.” (paywalled link)

Exactly. That challenge is not going to go away. Whoever comes out on top of the Tory beauty contest will have to face up to it as well. Moreover, he (I don’t think the Tory Party members are going to vote for yet another female PM …) will have to deal with the Remain Mandarins – and with our friends in the EU.

While the EU is adamant that not a comma can be changed in May’s abomination, M Barnier is throwing out a lure to the next PM:

“The EU has hinted that “alternative arrangements” could be found to avoid triggering the controversial Irish backstop during the transition period after Brexit. The opening could be an avenue for a future Conservative leader to pursue this autumn without tearing up the draft withdrawal treaty negotiated last year[…] While offering the opening Mr Barnier warned Conservative candidates that the EU would not scrap the present withdrawal treaty that is blocked in the House of Commons.” (link, paywalled)

It’s like a surgeon telling a patient that his leg has to come off. Not taking the leg off is not an option, no matter other expert opinions … but if he agrees only half of the leg will be taken off and he’ll get a nice prosthesis …

That the EU are worried about a no-deal also shines through the report by the DT’s Remain, ahem, Brussels Editor:

“But listen carefully in Brussels and it is clear that for all the continued assertions that the deal cannot be renegotiated, there is an acceptance that a new British prime minister will have to be given a fair hearing. […] The trick, as one senior EU diplomat puts it, is to calibrate a request in such a way that it is very difficult for the EU to dismiss out of hand. A demand to ‘bin the backstop’ will be rejected outright and very quickly scupper any chance of a reset.” (paywalled link)

Ah! But see next what those EU diplomats think and reflect on the main reason we voted Leave – to gain back our sovereignty:

“To have any chance of success, such a request [re the Backstop] will need to have a pre-demonstrated stable majority in Parliament (perhaps 50 or 60 votes) and the new Prime Minister, likely a hard Brexiteer, will have needed to have demonstrated a commitment to fair dealing.” (paywalled link)

Our next PM must show the EU ‘teachers’ that he’s learned his lesson and will be a good EU stooge because we here in the British Isles just know nuthin’ about democracy and Parliament – really? Seriously? Who do they think they are!

This is the ultimate battlefield – democracy – and no amount of EU fiddling and luring, no amount of poll-watching and shenanigans about a 2nd Referendum, no amount of posturing by the prospective Tory leaders will alter that.

You know what this means:

A New Border in the Irish Sea – Part 1 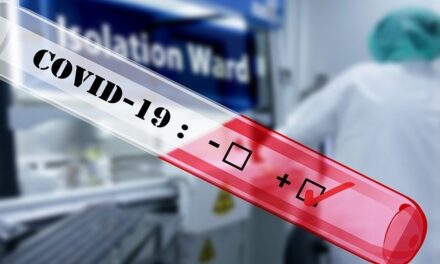