It’s the calm before the storm – the storm in the HoC that will decide if Brexit will be betrayed or if we will leave on the 31st of October. Johnson’s cabinet has been buttoned down and the Remain plotters have gone silent as well, only ‘official gossip’ has come out.

M Barnier himself wrote an article for the DT yesterday which seems to have had the impact of a cotton wool ball on Remainers. More on that below. So – clear the decks for this week, it will all kick off tomorrow. Here  is the timetable for the next few days:

Monday 2nd Sept: Johnson will allegedly meet Hammond and tell him that any Tory who might vote for the Labour proposal tomorrow will have the whip withdrawn and won’t be allowed to stand in a forthcoming GE (here, here, paywalled here and here). While Remainers cry ‘outrage’, here’s the relevant quote:

The reaction of the “Rebels” leaves me speechless:

“Conservative rebels accused the government last night of being uninterested in reaching a compromise over a no-deal Brexit after Boris Johnson cancelled a meeting with leaders of the group. The rebels responded by describing the move [to withdraw the whip] as “sheer hypocrisy”. Mr Hammond had been offered a private meeting with the prime minister in his Commons office this morning at which he was preparing to tell Mr Johnson to his face that “hypocritical” threats to remove the whip would fail to bring into line Tory rebels determined to block a no-deal. Mr Hammond postponed that meeting last night. […] The group’s stated objective was to offer to help Mr Johnson to achieve his ambition of securing an agreement, but neither side believes there is any chance of a compromise.” (link, paywalled)

“A compromise” being to take ‘No deal’ off the table again and beg for another extension, one assumes. Why the ‘rebels’ think they can ‘help’ when they achieved nothing during the May government is inexplicable.

Also today there will be a speech by Tony Blair where he will warn Labour not to fall into ‘the elephant trap’ that is a snap GE by going for a VonC  – here, and also here. This Blair intervention is crucial because:

“[…] a split emerged in Labour over the party’s Brexit tactics with shadow Chancellor John McDonnell apparently at odds with the party’s Brexit spokesman Keir Starmer on timing of a no confidence vote. Shadow Chancellor Mr McDonnell makes clear that he will push for a no confidence as early as this week if the bid to delay Brexit falters, “ (paywalled link)

Tuesday 3rd: it’s crunch time Part I. Keir Starmer will publish his ‘plan’, a ‘simple piece of legislation; to force Johnson to beg Brussels for an extension so that he can ‘negotiate a deal’. We can be certain that John Bercow (Speaker) will aid and abet this Starmer plan. This is how it could happen:

“First they will seek an emergency debate under Parliament’s Standing Order Number 24. Then they will use the debate to amend Standing Order Number 14, which allows the Government to control the Commons timetable. And then, having seized control of the order paper, they will legislate ordering the Prime Minister to reverse his policy. They will instruct him to extend, with the EU’s agreement, the Article 50 deadline and prevent a no-deal Brexit on 31 October.” (paywalled link)

Kick Off is at 2.30pm according to the Parliament time table – there’s a cabinet meeting in the morning. One hopes that Jacob Rees-Mogg has prepared his ammunition …!

Wednesday 4th September: crunch time Part II – the day for the first PMQ where Johnson will face Corbyn across the dispatch box if the Starmer Plan has failed. If not, the Remain ‘Rebels’ will take control of the HoC Business, force the debate on legislating to block that ‘No deal Brexit’, to get Johnson to go and demand an extension from the EU. The aim would be to push this Law through so it can go to the HoL for the necessary next reading.

Thursday 5th September: The Starmer ‘plan’ must have arrived in the HoL by today so that it can be passed before Prorogation starts on Monday 9th September. If this isn’t happening, then

“Labour is expected to table a motion of no confidence in the Government, potentially bringing down the Conservative government, and triggering a 14 day period to allow Mr Corbyn to try to form a Government. If he fails an Autumn general election is almost certain.” (paywalled link)

Also, Ms Miller, in company with John Major and Tom Watson (Lab) will have the first hearing at the High Court about the ‘lawfulness’ of the Prorogation.

The Remainers seem to have been oblivious of M Barnier’s article in the Sunday DT where he again reiterates that there won’t be any negotiations. The title is as clear as can be:

He explains at length why the sacred Backstop is a ‘good thing’, and then lets the cat out of the bag:

“The new UK government has asked us to change what was agreed. The EU had already committed itself to working with the UK, during the standstill transition period, on alternative arrangements that achieve the same objectives of the backstop. We are ready to start this work immediately upon ratification of the Withdrawal Agreement, […]  I am not optimistic about avoiding a “no deal” scenario […]. The EU is ready to explore  all avenues that the UK government may present and that are compatible with the Withdrawal Agreement.” (paywalled link)

In other words, it’s the Backstop plus May’s WA: ratify it and the EU will play nice. If not, Barnier seems to accept that a No Deal is possible now – see also here and (paywalled) here.

Given this clear ‘commitment’ by the EU, Nick Timothy asks what the Tory Remainers hope to achieve with their latest attempt to stop No Deal:

“[…] they seem to believe the EU will do the opposite of what its representatives say. The only alternative explanation is they believe that the existing Withdrawal Agreement – complete with the backstop that Boris Johnson rightly calls anti-democratic – can win the support of the House of Commons. […] Yet if the rebels get their way this week we will go back to square one. The threat of no deal will disappear, and the incentive for Brussels to compromise will evaporate. The rebels will trap us in the EU for several more months, with no way out.” (paywalled link)

It could of course be even worse, with a 2nd Referendum where the might of Remain, from international financiers to the BBC will be brought to bear. Nick Timothy continues:

“The opposition parties would be more than happy with this outcome. The Liberal Democrats want to hoover up Remain voters and push for a second referendum. Many Labour MPs – including the Shadow Brexit Secretary Keir Starmer – desire a second referendum and for Britain to stay in the EU. Many Labour MPs who say they respect the referendum result, like Lisa Nandy, seem determined to keep voting against every proposed way out. Jeremy Corbyn, desperately trying to plaster over Labour’s divisions, wants to keep the onus on the Conservatives.” (paywalled link)

“And so we return to the question facing the rebels. What in the end do they hope their actions will achieve? The purgatory of ongoing EU membership? A second referendum and all the division that would bring? Or a general election presenting a choice between Boris’s no-deal strategy and the crazy communism of Jeremy Corbyn?” (paywalled link)

The stage has now been set, the ‘actors’ are waiting in the wings. Nobody knows how this will unfold – not the usual pundits nor the usual commentator nor you and me.

Get yourselves ready for the three most important days for our Nation: Brexit will either be slaughtered or we will prevail. 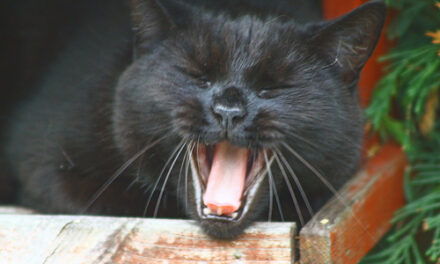